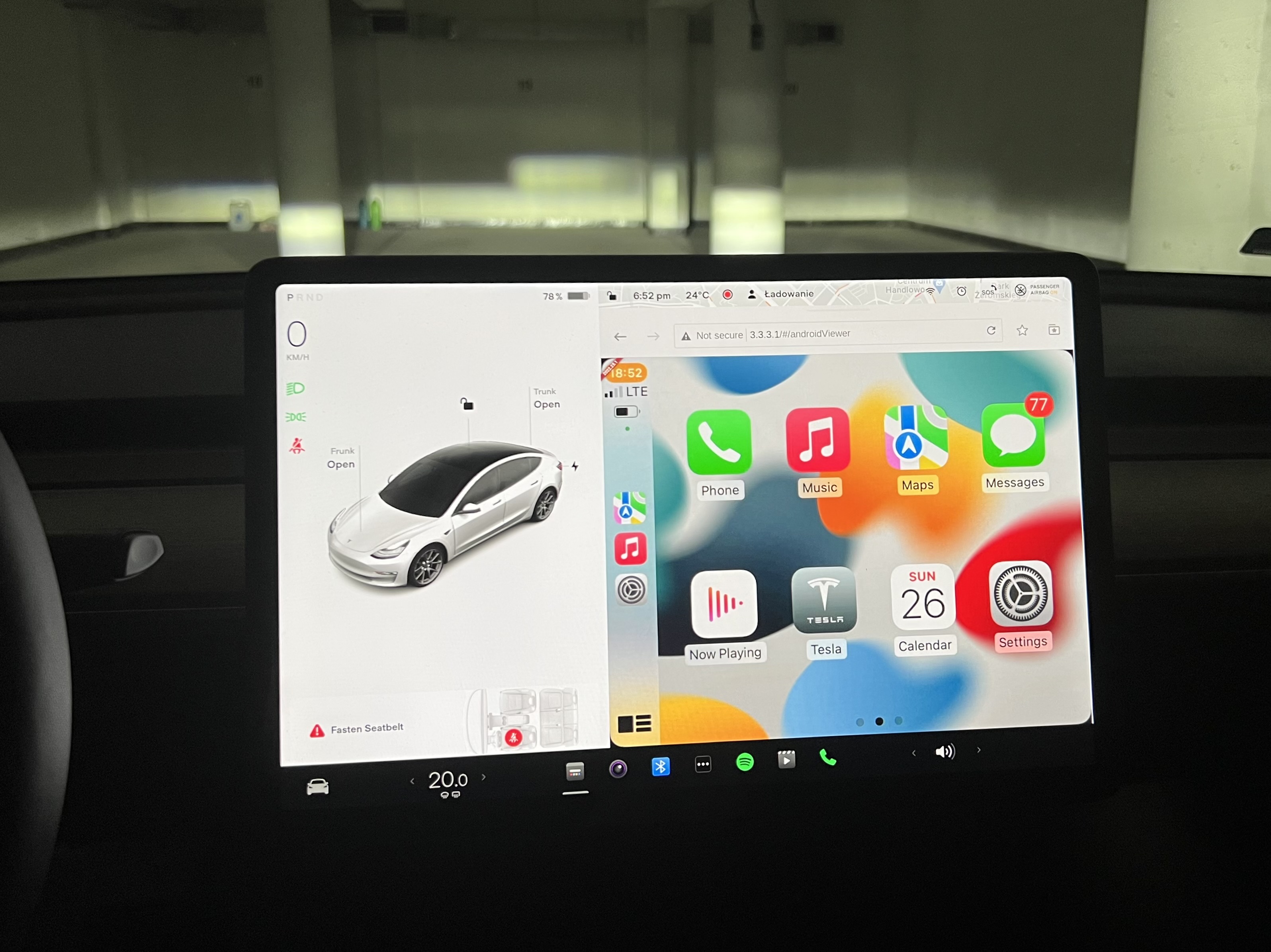 Polish developer Michał Gapiński has released a new and improved version of his “Tesla Android Project” which brings Apple’s CarPlay experience to more Tesla vehicles than ever before.

According to Gapiński, version 2022.25.1 provides “100% functional ‌CarPlay‌ integration for any Tesla,” and comes with several new features and bug fixes.

The project now supports DRM video playback so that apps like Netflix function normally, an orientation lock so that apps like Apple Music automatically launch in landscape mode, and the hack now uses Android 12.1 for better stability and performance.

Gapiński’s CarPlay workaround involves using a Rasberry Pi with an LTE modem and a Wi-Fi access point, running a custom Android-based firmware, as well as a micro-HDMI to HDMI cable and Ethernet cable.

The in-car browser is used to connect to the Rasberry Pi and display the ‌‌‌CarPlay‌‌‌ interface on the Tesla’s screen, where Apple apps including Maps and ‌‌Apple Music‌‌ function as expected. The system works while driving, and can also be controlled with the media buttons on the Tesla’s steering wheel.

Despite the preponderance of ‌‌CarPlay‌‌ on many electric cars, Tesla does not offer official support. Hints in 2020 that Tesla was planning to support Apple Music never came to fruition, and Tesla CEO Elon Musk doesn’t respond to requests on Twitter for the company to bring ‌‌CarPlay‌‌ to its vehicles, despite it being one of the most-requested features among Tesla owners.

At the Worldwide Developers Conference 2022, Apple previewed the “next generation” of ‌CarPlay‌ for compatible vehicles. The next-gen ‌CarPlay‌ experience will support multiple displays within a vehicle, offer built-in climate controls for adjusting the temperature of the A/C or heat within the ‌CarPlay‌ interface, and more.