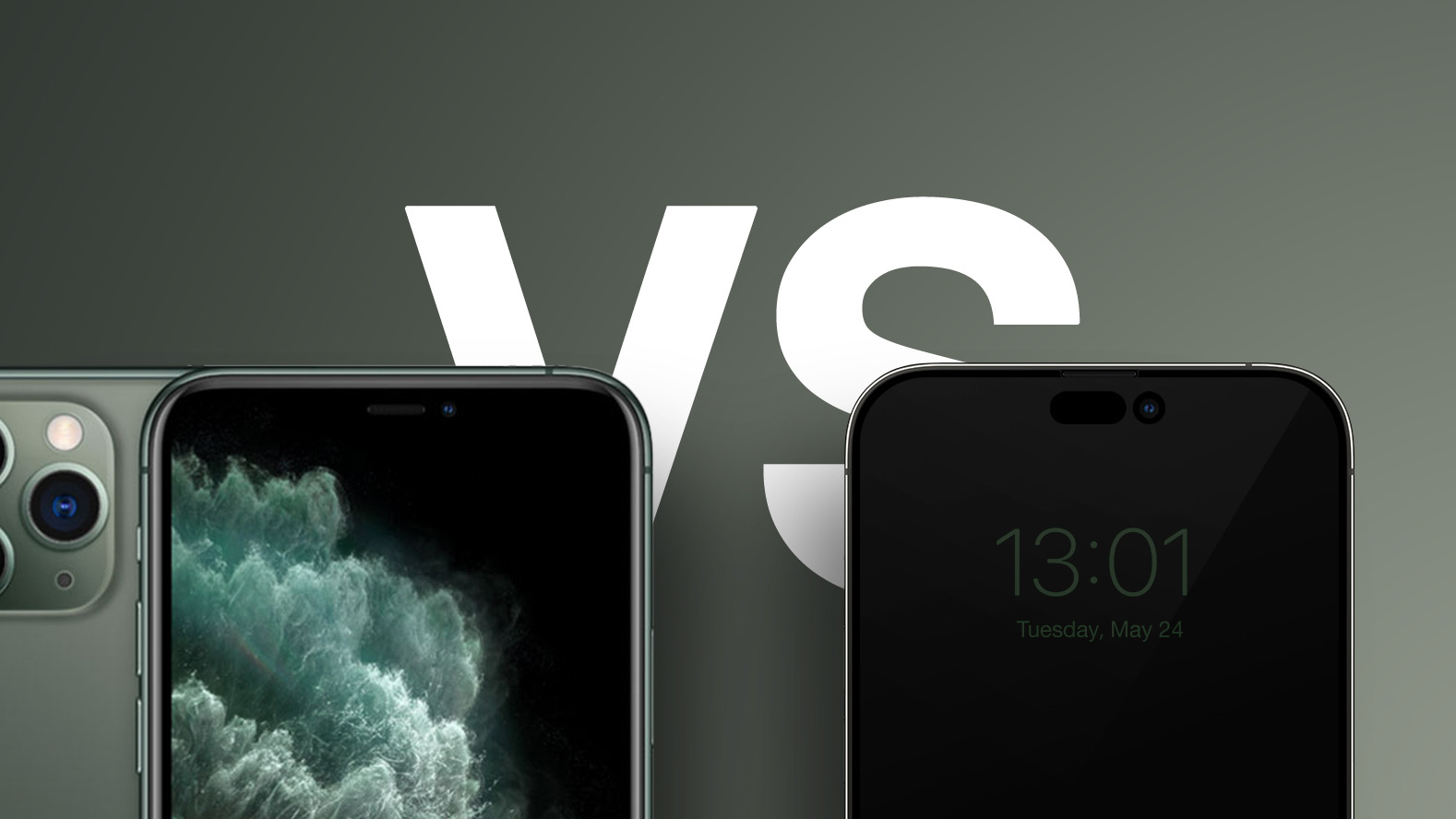 With many customers choosing to upgrade their iPhone every two or three years nowadays, there are lots of iPhone 11 Pro users who might be interested in upgrading to the iPhone 14 Pro later this year. Those people are in for a treat, as three years of iPhone generations equals a long list of new features and changes to look forward to.

Larger display: iPhone 11 Pro is equipped with a 5.8-inch display, while the 14 Pro is expected to have a 6.1-inch display.

Brighter display: Compared to the iPhone 11 Pro, the 14 Pro’s display should have up to 200 nits higher peak brightness.

No more notch: Rumors suggest Apple will replace the notch with a pill-shaped cutout and a hole for the Face ID sensors and front camera on the iPhone 14 Pro.

ProMotion: Introduced on the iPhone 13 Pro, ProMotion allows for a variable refresh rate up to 120Hz for smoother appearing content and scrolling.

Longer battery life: Already, the iPhone 13 Pro gets 22 hours of video playback vs. 18 hours for the 11 Pro, and rumors suggest that iPhone 14 Pro models could feature even larger battery capacities.

Flat edges: While the iPhone 11 Pro’s stainless steel frame has round edges, Apple has switched to flat edges with the 12 Pro and newer.

5G: While the iPhone 11 Pro is limited to LTE, the iPhone 12 and newer support 5G for faster cellular data speeds, where available.

Wi-Fi 6E: iPhone 14 models are rumored to support Wi-Fi 6E, which extends Wi-Fi into the 6 GHz band, in addition to the existing 2.4GHz and 5GHz bands.

MagSafe: iPhone 12 and newer models feature MagSafe, a system that lets you magnetically attach accessories to the back of the iPhone, such as Apple’s own MagSafe Charger, MagSafe Wallet, and MagSafe Battery Pack.

Increased storage: iPhone 11 Pro started with 64GB of storage, but the 14 Pro should have at least 128GB of base storage.

LiDAR Scanner: Introduced on the iPhone 12 Pro, the LiDAR Scanner is situated next to the rear camera and offers faster augmented reality experiences and improves autofocus by 6x in low-light photos and videos, according to Apple.

This article, “iPhone 11 Pro vs. 14 Pro: New Features to Expect if You’ve Waited to Upgrade” first appeared on MacRumors.com