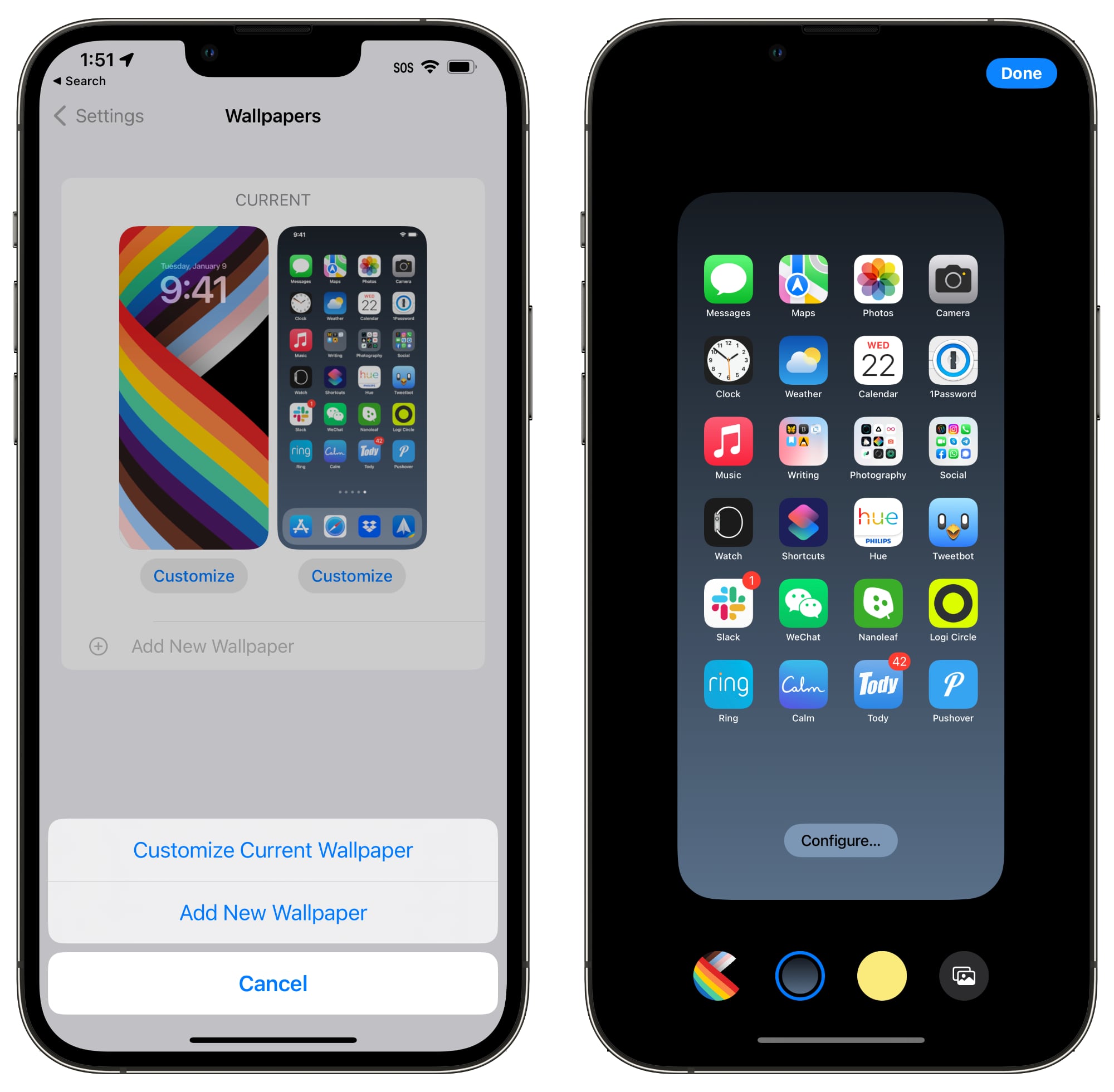 Apple today seeded the second betas of iOS 16 and iPadOS 16 to developers for testing purposes, and the new betas introduce new features and refine some of the changes that Apple made with the first ‌iOS 16‌ release.

When customizing a photo on the Lock Screen, there are two new DuoTone and Color Wash overlay options to change the look of the photo.

If you set a photo as your wallpaper, Apple lets you know that you can use pinch gestures to adjust the crop of the image.

Back Ups Over LTE

iPhone and iPad users can back up their devices over an LTE cellular connection, in addition to a 5G or WiFi connection. Apple introduced support for 5G backups in iOS 15, and has expanded it to LTE in ‌iOS 16‌.

The Astronomy wallpaper now shows a green dot to let you know where you are located. The dot appears in the Earth wallpaper options, but it does not stay on the wallpaper at all times and is instead only visible when editing the wallpaper. These dynamic wallpapers are also now available on older iPhones.

In the Settings app, the Wallpapers section has been tweaked to make it easier to customize the different wallpapers that you set for the Home Screen and Lock Screen. There are new “Customize” options under the Lock Screen and ‌Home Screen‌ options to make it clearer that there are settings that can be adjusted.

When you choose your look, there’s also an option to “Set as Wallpaper Pair.”

The Apple Cash “Send and Request” interface has been changed in the second beta of ‌iOS 16‌. It’s now a single merged button instead of two separate buttons, and the balance is shown more clearly.

For Apple Card, the “Weekly Activity” section also lets you know how much Apple Cash you’ve earned for the week. t

There’s now a “Save to Quick Note” option when saving a screenshot, which joins the Save to Photos, Save to Files, and Delete Screenshot options.

According to Apple’s release notes, developers are able to classify incoming SMS messages from unknown numbers into 12 sub-categories with Transaction and Promotion categories for improved organization.

For Indian users, Messages supports event extraction from SMS. EVent and appointment messages are shown as Siri suggestions and are also presented to users in Messages thread and the Calendar inbox.

In ‌iPadOS 16‌ beta 2 on compatible iPads, there is a new Stage Manager setting under the “‌Home Screen‌ and Dock” section of the Settings app. It displays options for hiding recent apps and hiding the dock while using Stage Manager.

For some U.S. carriers, Messages in ‌iOS 16‌ beta 2 extends the “Report Junk” feature to allow users to report SMS/MMS junk to carriers.

For developers, HealthKit workout APIs support multisport workouts with activities that include swimming, cycling, and running.

Know of a new feature in ‌iOS 16‌ that we left out? Let us know in the comments below.
This article, “iOS 16 Beta 2 Tidbits: New Wallpaper Colors, Backup Over LTE, SMS Filtering and More” first appeared on MacRumors.com