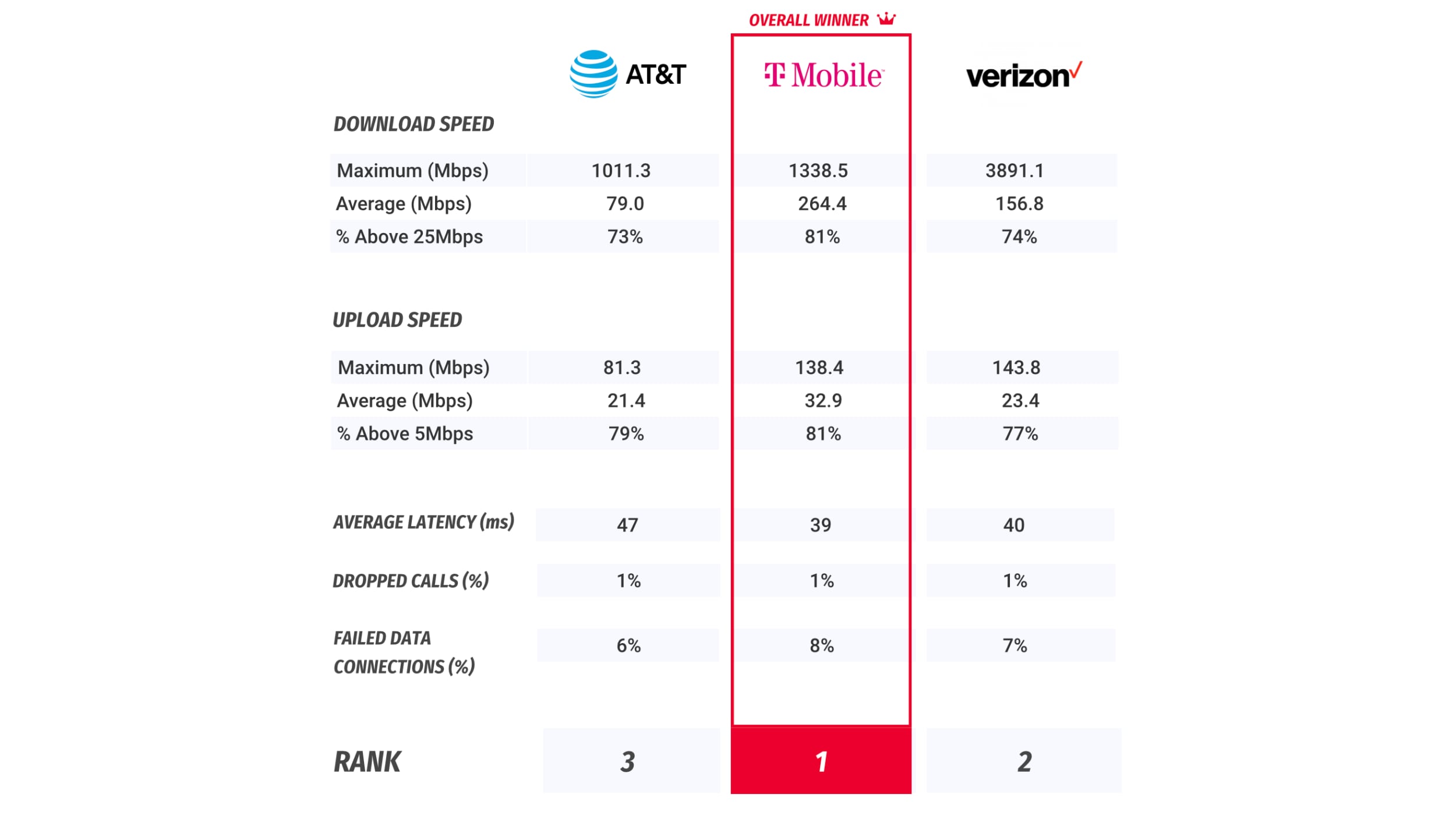 T-Mobile is the “best” carrier in the United States when factoring in connection speed and reliability, according to PCMag‘s annual mobile network comparison, the results of which were released today.

PCMag drove over 10,000 miles through 30 cities to test AT&T, T-Mobile, and Verizon connection speeds. In the past, this study focused on the fastest connections, but this year, PCMag looked for the best overall network. T-Mobile ended up winning in 18 out of 30 cities, while Verizon won in eight and AT&T won in four.

T-Mobile has improved its service in rural areas, though it still had more data dead zones outside of the rural Northeast than Verizon and AT&T. T-Mobile had the best 5G coverage because of its Sprint acquisition, which came with mid-band spectrum, but AT&T and Verizon may catch up at some point in the future.

PCMag was testing 5G speeds, so the fastest connections will require a 5G smartphone. The testing indicates that on T-Mobile and Verizon, there is a growing gulf between 4G speeds and 5G speeds. Verizon and T-Mobile have “dramatically increased nationwide speeds” thanks to the expansion of mid-band 5G networks, but AT&T’s speed has dropped.

All tests were done with the Samsung Galaxy S22+, a device that had the “best network performance” in PCMag‘s test. Scores were weighted with speed accounting for 60 percent of the score and reliability accounting for 40 percent. Call success, data success, download speeds, upload speeds, and latency were all taken into account.

PCMag‘s full results can be read over at its website for those interested in a deeper breakdown of the scores achieved by AT&T, Verizon, and T-Mobile. The site also has detailed information by region and for each city that was visited.