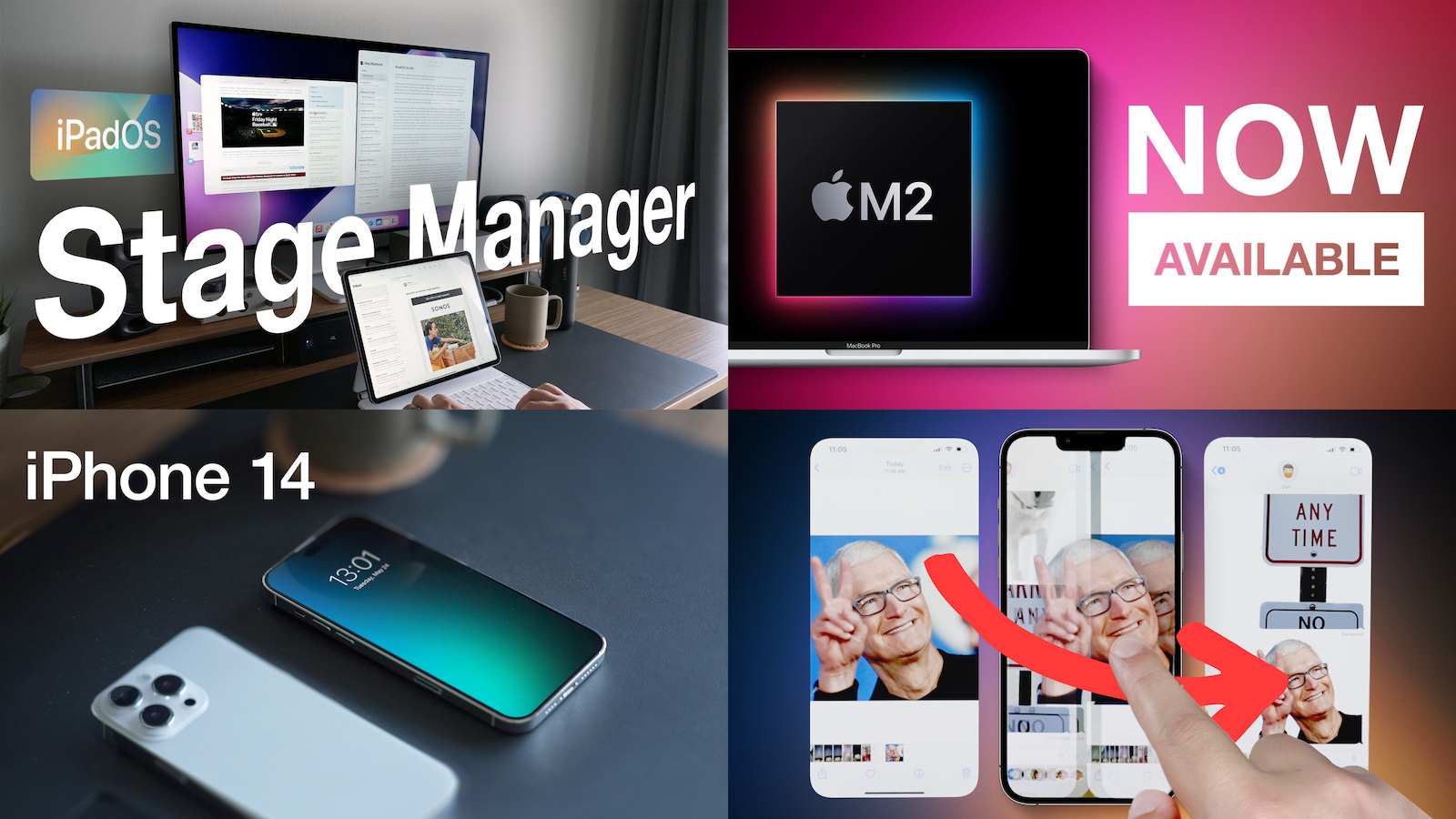 The craziness of WWDC has wound down, but that doesn’t mean there still isn’t lots of Apple news to go around. This week saw some continued discussion and controversy surrounding the new Stage Manager multitasking mode in iPadOS 16, as well as the launch of pre-orders for the new 13-inch MacBook Pro with M2 chip.

Ahead of the actual release of the new MacBook Pro, we’re learning more about the M2 chip from early benchmarks, while we’re still looking ahead to the debut of the iPhone 14 lineup later this year, so read on for all the details on these stories and more!

Apple Explains Why Stage Manager is Limited to M1 iPads

To the disappointment of some users, Stage Manager is exclusive to iPad models with an M1 chip, including the latest iPad Pro and iPad Air. Apple explained its reasoning behind this limitation in a statement this week, and Apple’s software engineering chief Craig Federighi also commented on the matter in a series of interviews.

It was also reported that iPadOS 16 includes an internal mode to enable Stage Manager on older iPads, which may have been used by Apple engineers to test the feature during development.

Check out our dedicated hands-on video to see more about how Stage Manager works.

The new 13-inch MacBook Pro with an M2 chip introduced at WWDC earlier this month is now available to order worldwide. Apple says deliveries to customers and in-store availability will begin on Friday, June 24.

The new 13-inch MacBook Pro features the same design as the previous model, with the only notable change being the addition of the M2 chip. Pricing starts at $1,299, and if you’re already an M1 MacBook Pro owner, be sure to check out our comparison guide to see whether it’s worth upgrading to the new M2 model.

The new MacBook Air with the M2 chip remains listed as “available next month.”

We’re likely around three months away from Apple announcing the iPhone 14 lineup. Ahead of time, we have shared a hands-on look at a set of iPhone 14 dummy models, providing a closer look at the expected design of Apple’s next flagship smartphones.

iPhone 14 Pro models are expected to feature a new pill-shaped cutout and a hole for Face ID sensors and the front camera, along with a larger rear camera bump to accommodate an upgraded 48-megapixel Wide lens and other camera improvements.

Apple’s new M2 chip is up to 20% faster than the M1 chip in terms of multi-core CPU performance, according to a Geekbench 5 benchmark that surfaced this week for the new 13-inch MacBook Pro.

We are still waiting on benchmark results for the M2 chip in the new MacBook Air, but it’s likely that performance will be virtually identical to the 13-inch MacBook Pro, as was the case for the M1 chip in both machines.

The new 13-inch MacBook Pro with the M2 chip appears to be faster than a base model Mac Pro in benchmarks, despite costing nearly $5,000 less.

Given the Mac Pro has other benefits like expandability, configurable GPU options, and more this certainly isn’t an apples-to-apples comparison, but the benchmarks are nevertheless a testament to the impressive performance of Apple silicon chips in more affordable Macs.

With iOS 16, Apple introduced a curious new feature that’s kind of like instant Photoshop, as you can use it to pull the subject out of any image or photo, pasting it into another photo or using it as a sticker in the Messages app. It’s nifty enough that we thought we’d show it off in our latest YouTube video.

It works in Photos, Screenshot, Quick Look, Safari, and even videos, and it is available on the iPhone, iPad, and Mac, so make sure to check out our video to see it in action.