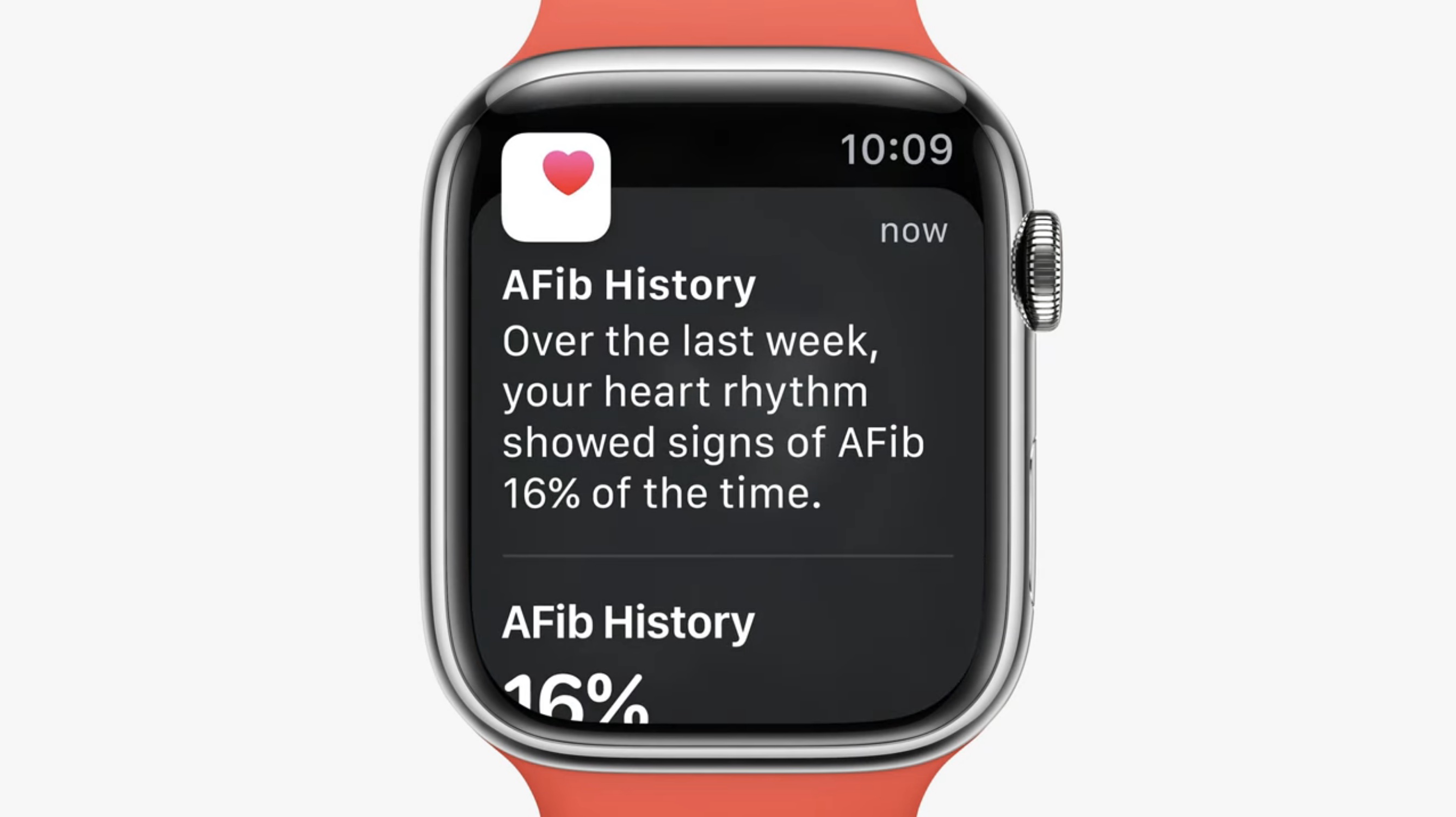 Desai said the AFib History feature received FDA clearance in the United States after being validated in a clinical study.

“As Jeff alluded to, everything we do in health is based on the science, and AFib history was validated in a clinical study, with participants wearing both Apple Watch and an FDA-cleared reference device,” said Desai. “In that study, the average difference in weekly measurements between the two devices is actually less than 1%.”

AFib History is not currently approved in all countries or regions, according to Apple, so availability of the feature will be limited at launch.

Starting with watchOS 9, the Apple Watch also offers sleep stage tracking, which lets you see how much time you spent in REM, core, or deep sleep, as well as when you might have woken up. (Apple refers to what is typically known as “light sleep” as “core sleep.”)

“Prior to sleep stages, we were really focused on helping people meet their sleep duration goals, since that’s really important — that consistency — but we wanted to go a little further and dig into the science, and provide users with more information around their sleep cycles,” said Desai. “So using the signals from Apple Watch’s accelerometer and heart rate sensor, users will now be able to see their sleep stages while they’re in REM, core, and deep sleep.”

On watchOS 9, the Workout app displays more information, including views of metrics like Activity rings, heart rate zones, power, and elevation, but Blahnik assured that the app remains suitable for “both beginners and advanced athletes.”

The full discussion can be read at TechCrunch. watchOS 9 is currently in beta for developers and will be released to all users around September.