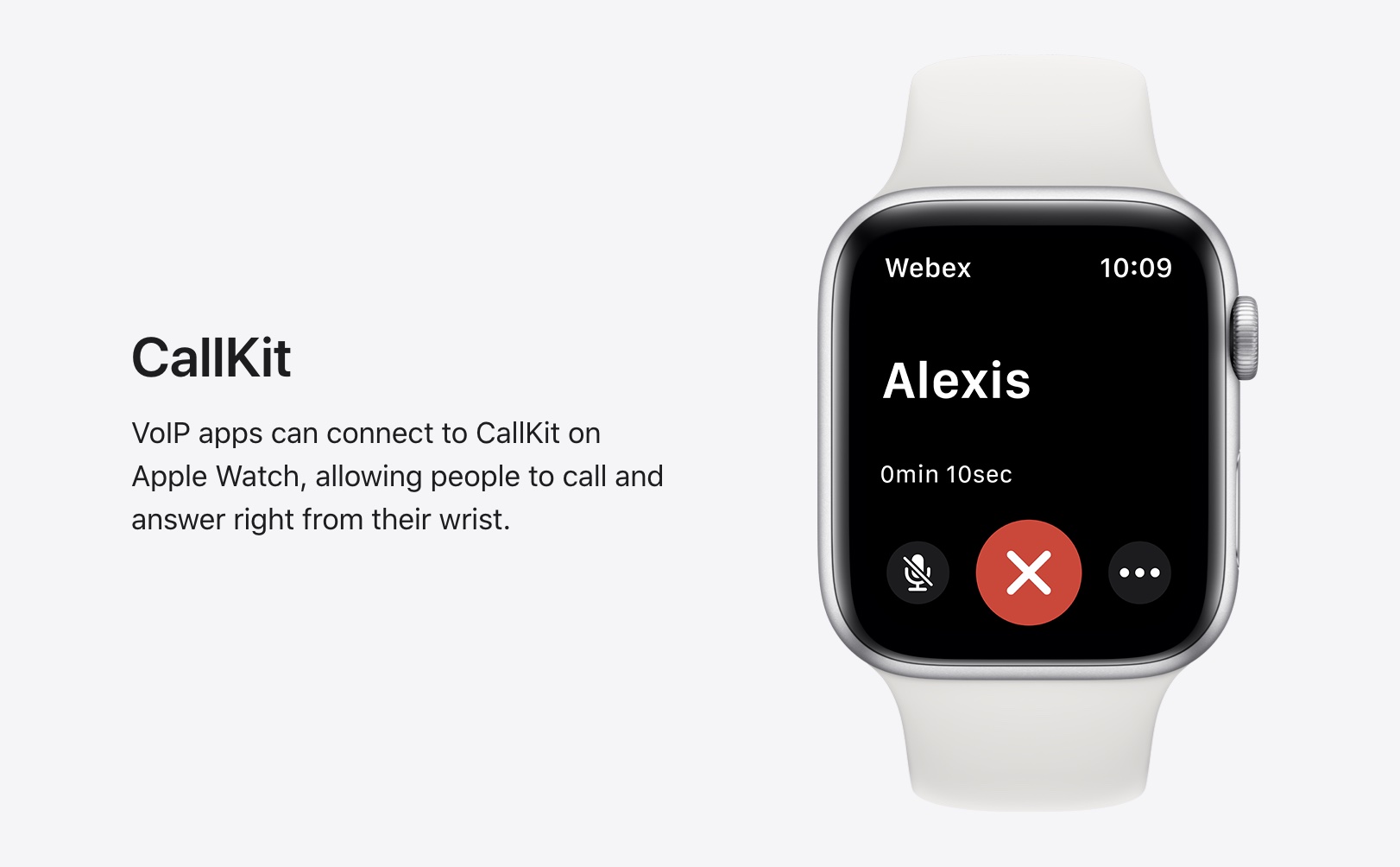 Apple this week announced that watchOS 9 will allow users to make VoIP calls directly from an Apple Watch via supported third-party apps.

During its WWDC 2022 keynote, Apple said that users will be able to start, end, or mute VoIP calls from the Apple Watch in supported apps like Webex. This feature will allow Apple Watch users to answer VoIP calls right from their wrist, and it is made possible by Apple expanding its CallKit framework for developers to watchOS 9.

Apple has not shared any additional details about this feature at this time, and it remains to be seen if some of the most popular apps with VoIP calling like WhatsApp offer this functionality on the Apple Watch over the coming months.

It is already possible to make calls over Wi-Fi on the Apple Watch via FaceTime Audio in the Phone app, and expanded support for VoIP calling in watchOS 9 will give Apple Watch users more options going forward. watchOS 9 is currently available in beta for developers and will be released to all users in the fall — likely in September.