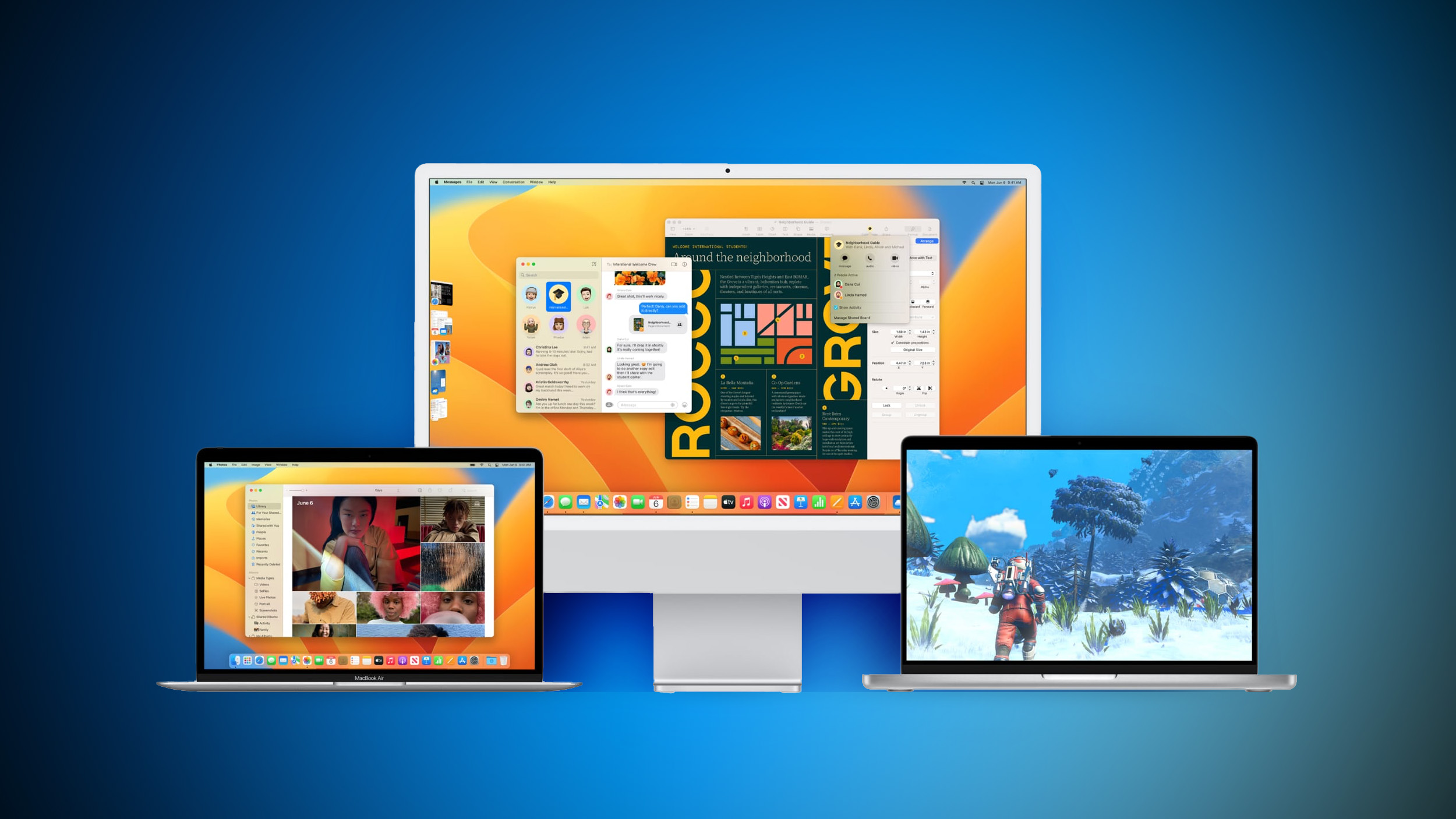 With the release of the first macOS Ventura beta in the hands of developers, early adopters continue to discover smaller changes in the new version of Apple’s Mac operating system. Below are some of the more notable differences that have since come to light since Monday.

In the first developer beta of macOS 13, Apple no longer displays an item’s sharing options in a standard menu.

Sharing options are now displayed in a popover instead of a right-click-style menu. pic.twitter.com/hracOK2HZK

The “Share…” option is still there in the right-click contextual menu, but selecting it now causes a standalone popover menu to appear over the item in Finder or on the Desktop, with Message contacts listed above other sharing options, similar to the Share Sheet in iOS. The same popover appears whenever you click the Share button in an app window.

In macOS 13, Apple has integrated Quick Look into Spotlight Search, allowing you to get a quick peek at a file that appears in your search results, without opening it wholesale in its associated app.

Quick Look also continues to support text-based clipboard actions, so you can now copy and paste content from documents after searching for them using Spotlight.

In other improvements, Spotlight now leverages the full search window to display information-rich web results, and it can also retrieve results from your photo library, with full Live Text support meaning you can even Spotlight search for text that appears in your images.

When you paste a web link into a Mail message in macOS 12, only the web address is shown in the message content, providing the recipient with no information about what’s being linked to beyond what’s included in the URL.

By contrast, macOS 13 inserts rich link previews in emails. Rich links display a preview of the website being linked to, giving recipients an idea of the content they can be expected to see if they click to open the webpage.

One of the big features of macOS 13, Stage Manager is Apple’s latest attempt to solve the clutter that can occur on the desktop when you have multiple apps and app windows open at the same time.

Stage Manager works by moving all open background applications over to the left, leaving the most recently opened and active app front and center on the screen. Clicking another app in the side column switches it with the current centered app, and so on.

Stage Manager also works with separate Desktop Spaces, so you can have multiple instances of Stage Manager organizing several groups of apps on different desktop screens. It’s also possible to hide the Stage Manager column of apps by increasing the size of the active app window or moving the window over to the left of the screen. A submenu option in Control Center lets you do the same thing.

Continuity Camera gives Mac owners the ability to use their iPhone as a webcam in FaceTime, Zoom, Teams, and other third-party video conferencing apps. It also works natively in QuickTime player, allowing users to record movies and control several recording settings.

In addition, Continuity Camera brings your ‌iPhone‌’s Center Stage functionality to your Mac even if it isn’t natively supported. The same goes for Studio Light and Portrait Mode.

Other Features and Tidbits

Color Gradient options for desktop wallpaper ‌macOS Ventura‌ will be released to all users in the fall, likely around October. Apple said a public beta will be available starting in July.