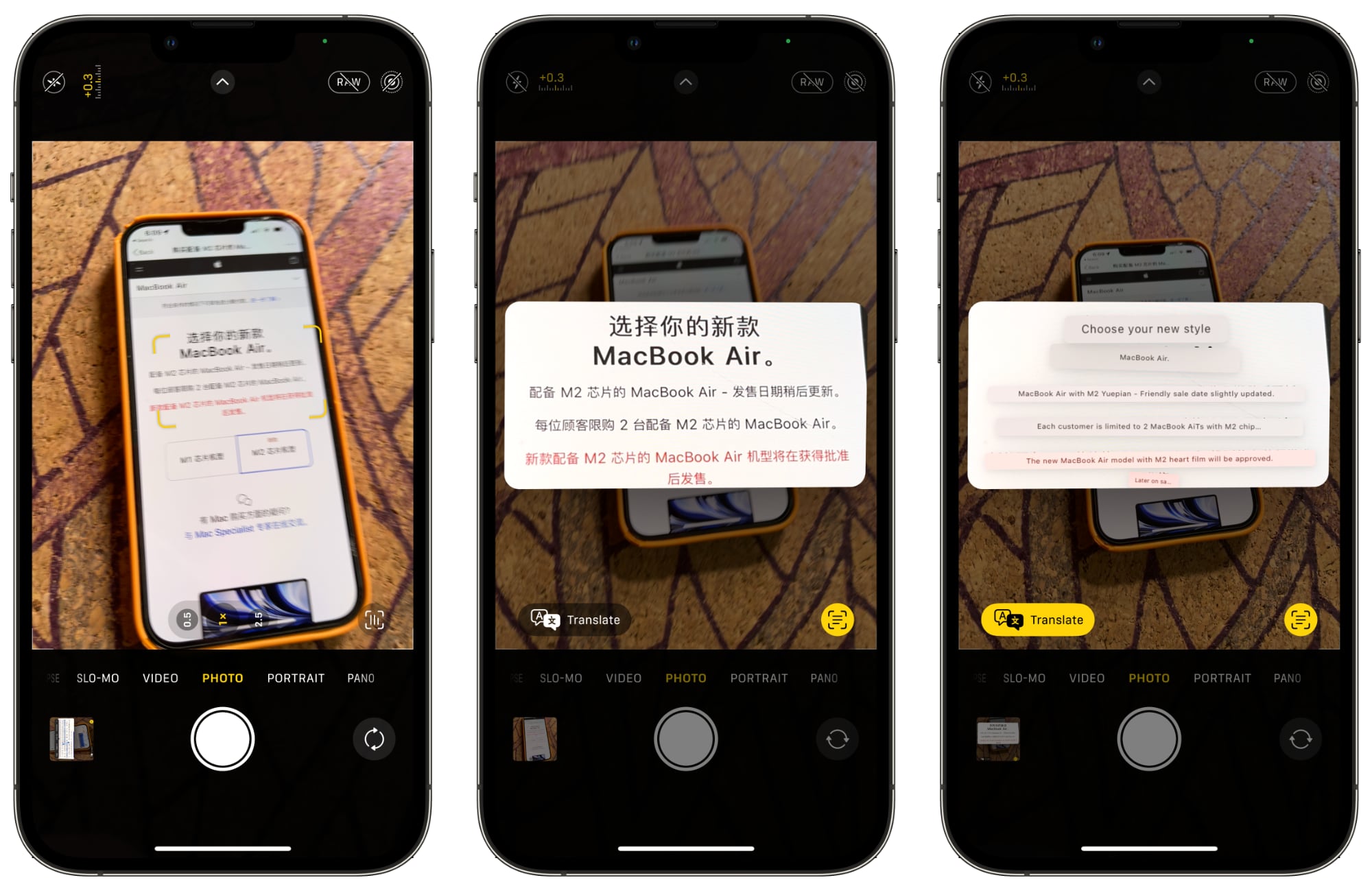 Apple in iOS 16 has brought its system wide translate feature to the Camera app, allowing the iPhone to be used to translate signs, packaging, and more in real time.

Using the translate feature is as simple as opening up the Camera app and pointing it at the text you want to translate. Tap on the text selection button in the app to select the detected text, and then choose the translate option to get an instant translation.

You can pause the view to get translations overlaid on text, and zoom in for a closer look. It’s a useful feature that’s perfect for signs and other wording that you might not understand when you’re traveling.

The Google Translate app has long had a similar feature where you can activate a camera in the app and translate whatever text is around you, so this new ‌iOS 16‌ feature basically puts the iOS Camera app on par with Google’s Translate option.

Apple has also added new Quick Actions that can be used with this Camera feature and with other Live Text options across iOS. Quick Actions make data that’s detected in photos, videos, and through the Camera app actionable. Flight information, shipments, foreign languages, currencies, URLs, and more can be tapped on so you can track packages, make conversions, visit URLs, and more, all from content within photos and videos.

‌iOS 16‌ is available to developers at the current time, with Apple planning to make a public beta available in July.

This article, “You Can Get Translations Directly From the Camera App in iOS 16” first appeared on MacRumors.com