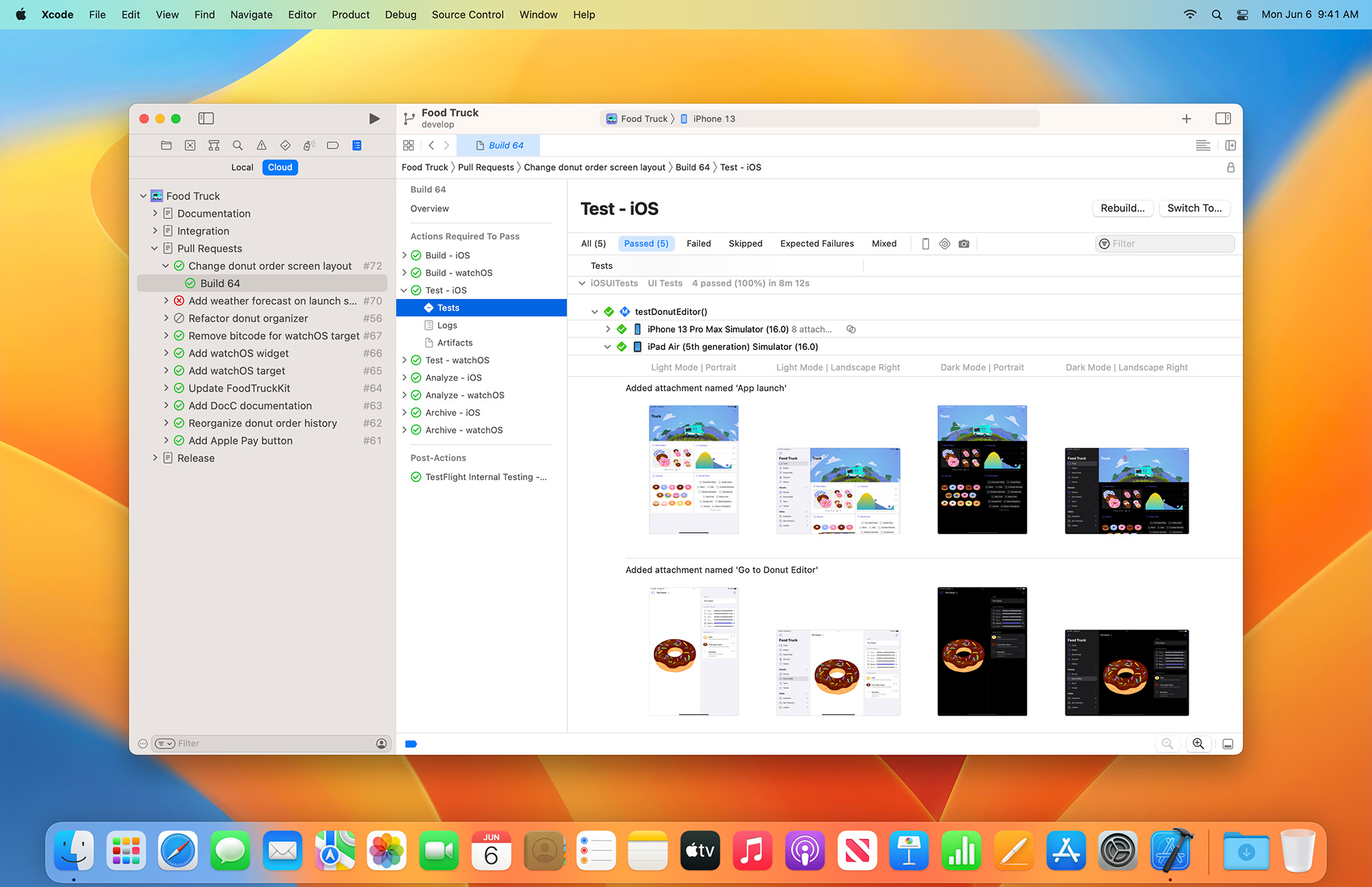 As part of WWDC 2022 this week, Apple announced that Xcode Cloud is now available for all registered Apple developers after nearly a year of beta testing.

Xcode Cloud is a continuous integration and delivery service built into the Xcode app. Apple says the service is built to “accelerate the development and delivery of high-quality apps by bringing together cloud-based tools that help you build apps, run automated tests in parallel, deliver apps to testers, and view and manage user feedback.”

Xcode Cloud is available in Xcode version 13.4.1 and in the Xcode version 14 beta, and it is also built into App Store Connect and works with TestFlight.

Starting this summer, Apple says developers will be able to subscribe to one of four monthly plans for Xcode Cloud, depending on the number of compute hours you need. Pricing starts at $14.99 for 25 compute hours per month, but Apple says all Developer Program members will receive the 25-hour subscription plan at no cost until the end of 2023.

More details are available on the Xcode Cloud page on Apple’s website.