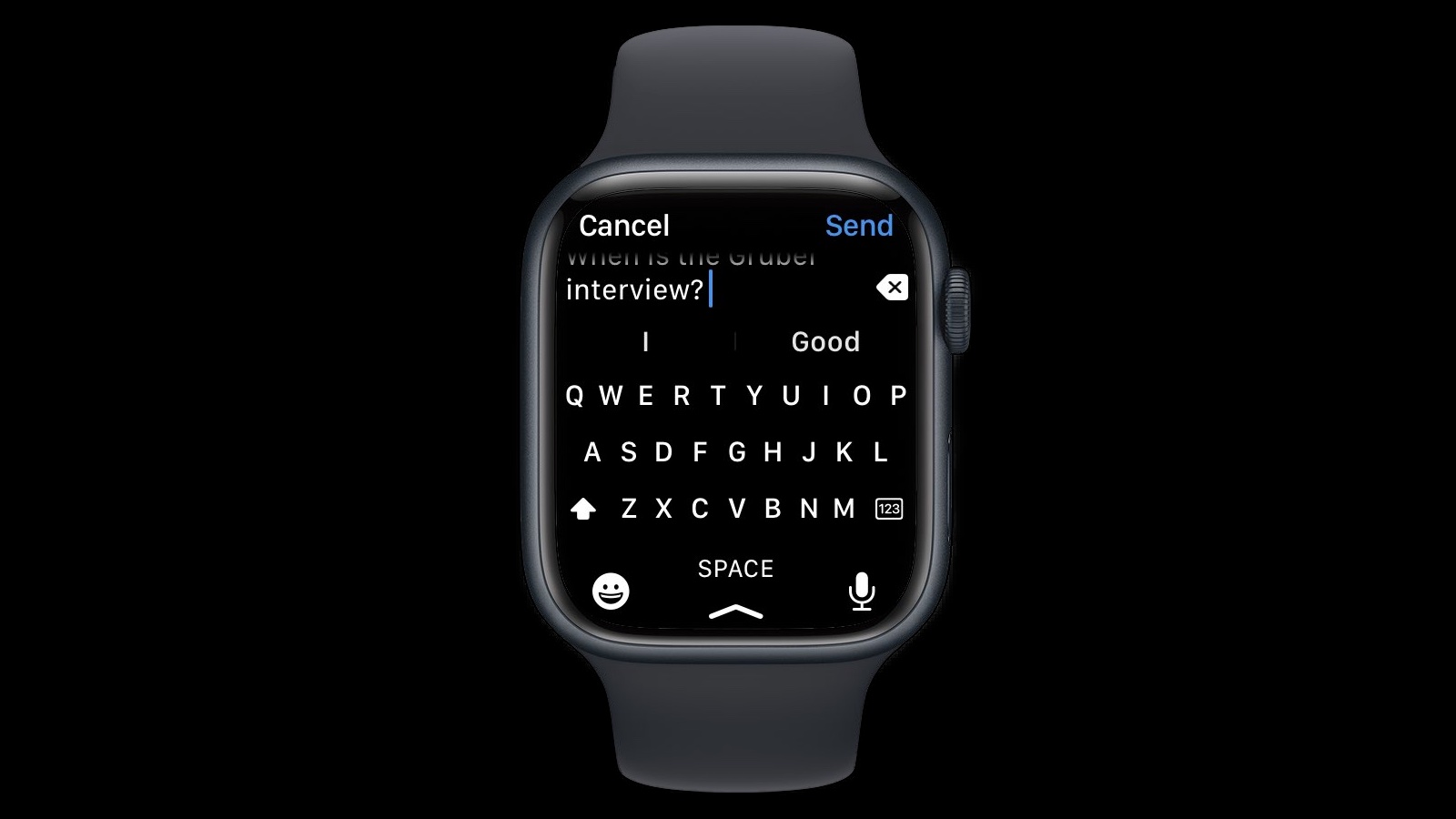 Apple Watch Series 7 models feature larger displays compared to previous models, which allowed Apple to include a full on-screen keyboard that is exclusive to the Series 7. And now, watchOS 9 takes the keyboard a step further with a convenient new feature.

As noted by tech analyst Brahm Shank, watchOS 9 expands QuickType to the Apple Watch Series 7, providing users with suggested words above the keyboard as they type. The feature attempts to predict which words you will type next based on the first few letters of a word, and users can tap on a suggested word to insert it into a sentence while typing, which is useful given the Apple Watch’s small keyboard.

QuickType was first introduced on the iPhone as part of iOS 8 in 2014, and the feature is also available on the iPad. QuickType is not to be confused with the similarly named QuickPath feature, which allows for swipe-based typing on the Apple Watch Series 7 keyboard.

Apple seeded the first beta of watchOS 9 to developers for testing on Monday, and said the first public beta will be available in July. watchOS 9 will be released in the fall, bringing this new QuickType feature to all Apple Watch Series 7 users.