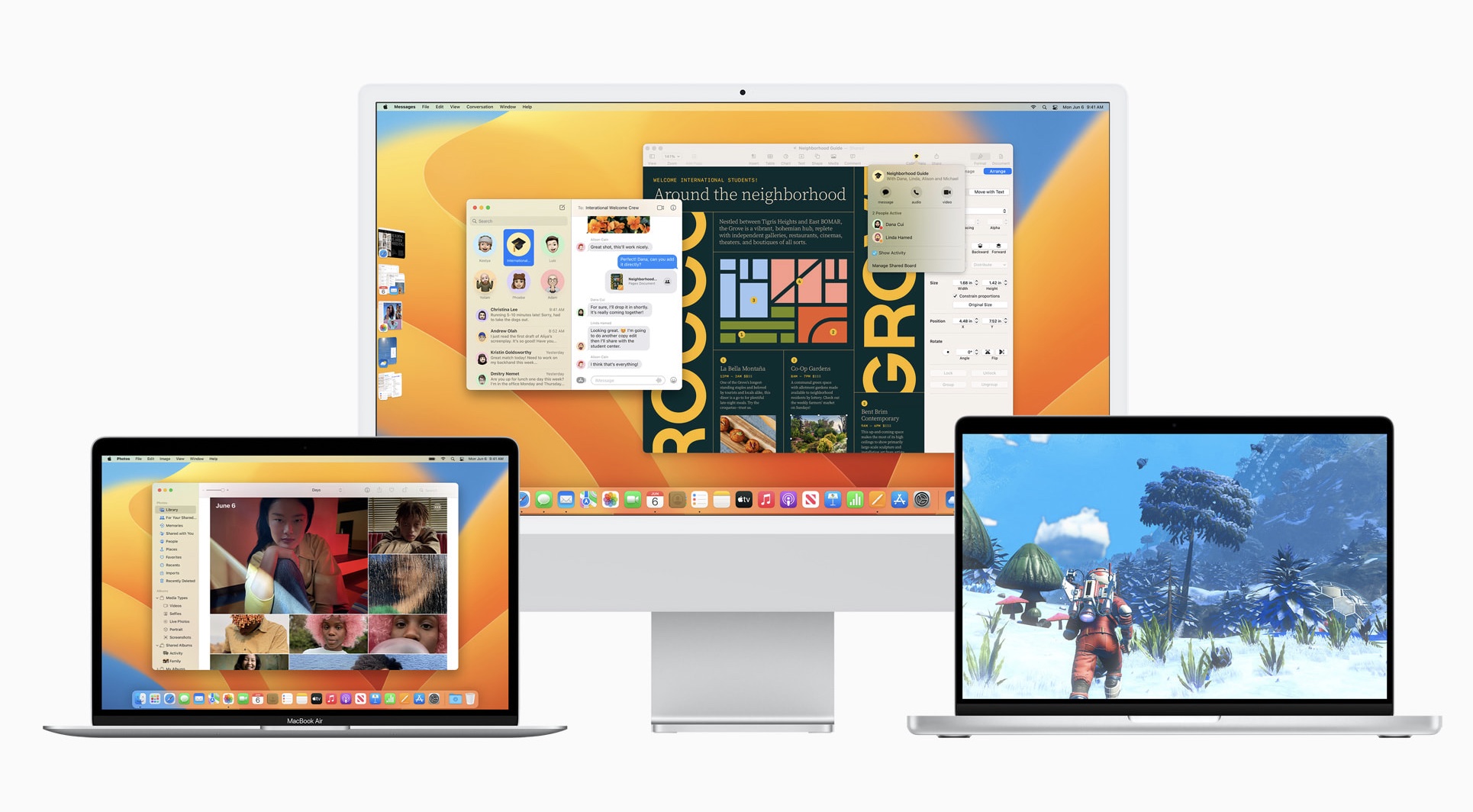 Apple seeded the first beta of macOS Ventura to developers yesterday for testing, and early adopters are beginning to discover smaller changes in the update. We’ve rounded up some of the more notable macOS Ventura tidbits that we have uncovered below.

“About This Mac” Redesigned

Apple has simplified the About This Mac window on macOS Ventura. The window still lists a Mac’s type of processor, amount of memory, serial number, and the macOS version installed, but all other system information has been migrated to the System Settings app, which is a redesigned and renamed version of the former System Preferences app.

Clicking on the “More Info” button at the bottom of About This Mac opens the General menu of System Settings, which itself contains a “System Report” button that leads to a more advanced overview of a Mac’s hardware, software, networking, and more.

Speaking of System Settings, there is a new game controller menu in the app for managing game controllers connected to a Mac. The menu allows macOS Ventura users to map a controller’s buttons and thumbsticks to a Mac’s keyboard, adjust haptic feedback levels, create profiles with presets for multiple controllers, and more.

macOS Ventura features newly added support for some of the most popular racing wheels, pedals, and shifters for use in racing games on the Mac, including Logitech’s G920 and G29 racing wheels, according to Apple’s developer website. Apple also says that macOS Ventura supports many additional Bluetooth and USB game controllers, with users discovering that this includes the Nintendo Switch’s Joy-Cons and Pro Controller.

macOS Ventura brings preinstalled background sounds to the Mac. Apple says this feature allows calming sounds, such as ocean or rain, to mask unwanted environmental noise and help minimize distractions. The background sounds feature first launched on the iPhone and iPad with the release of iOS 15 and iPadOS 15 last year.

Other Features and Tidbits

macOS Ventura adds Clock and Weather apps to the Mac.

In the Photos app, the Hidden and Recently Deleted albums are now locked by default and can be unlocked using your Mac’s password or Touch ID.

Playlists have improved sorting options in the Music app.

Siri has received a slight redesign with a focus on simplicity and “more focused” results.macOS Ventura will be released to all users in the fall — likely around October. Apple said a public beta will be available starting in July.