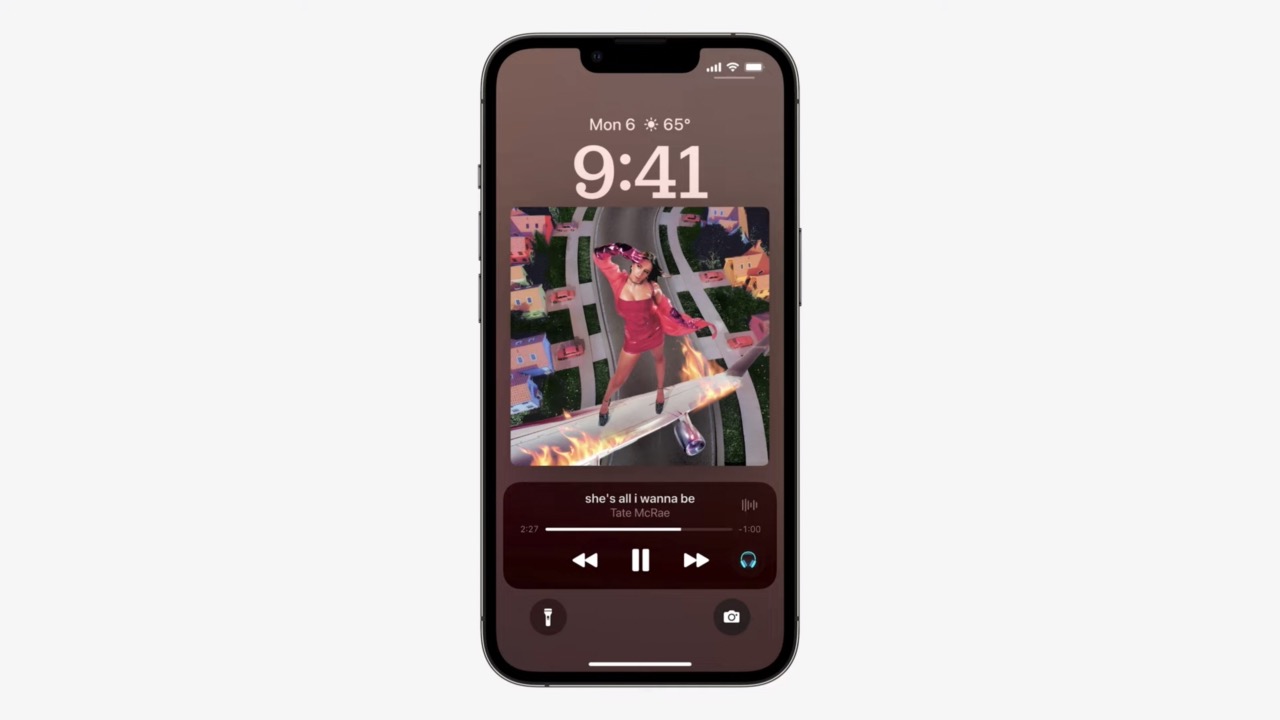 With iOS 16, Apple is bringing the full-screen music player back to the Lock Screen, offering an entirely new view that puts album art in the center with controls at the bottom.

The full-screen music player on the lock screen was last available with iOS 7 and is now back with ‌iOS 16‌ as part of a lock screen redesign. On ‌iOS 16‌, users will be able to change the Lock Screen font and colors, add new widgets, entirely new dynamic wallpapers, and more.

It’s worth noting that in the first developer beta of ‌iOS 16‌, the full-screen music player does not seem to be present.

‌iOS 16‌ and iPadOS 16 are currently in beta testing with developers with a public beta planned for both in July. ‌‌iOS 16‌‌, iPadOS 16, macOS Ventura, and watchOS 9 will be available to users this fall.

This article, “iOS 16 Brings Back Full-Screen Music Player to the Lock Screen” first appeared on MacRumors.com