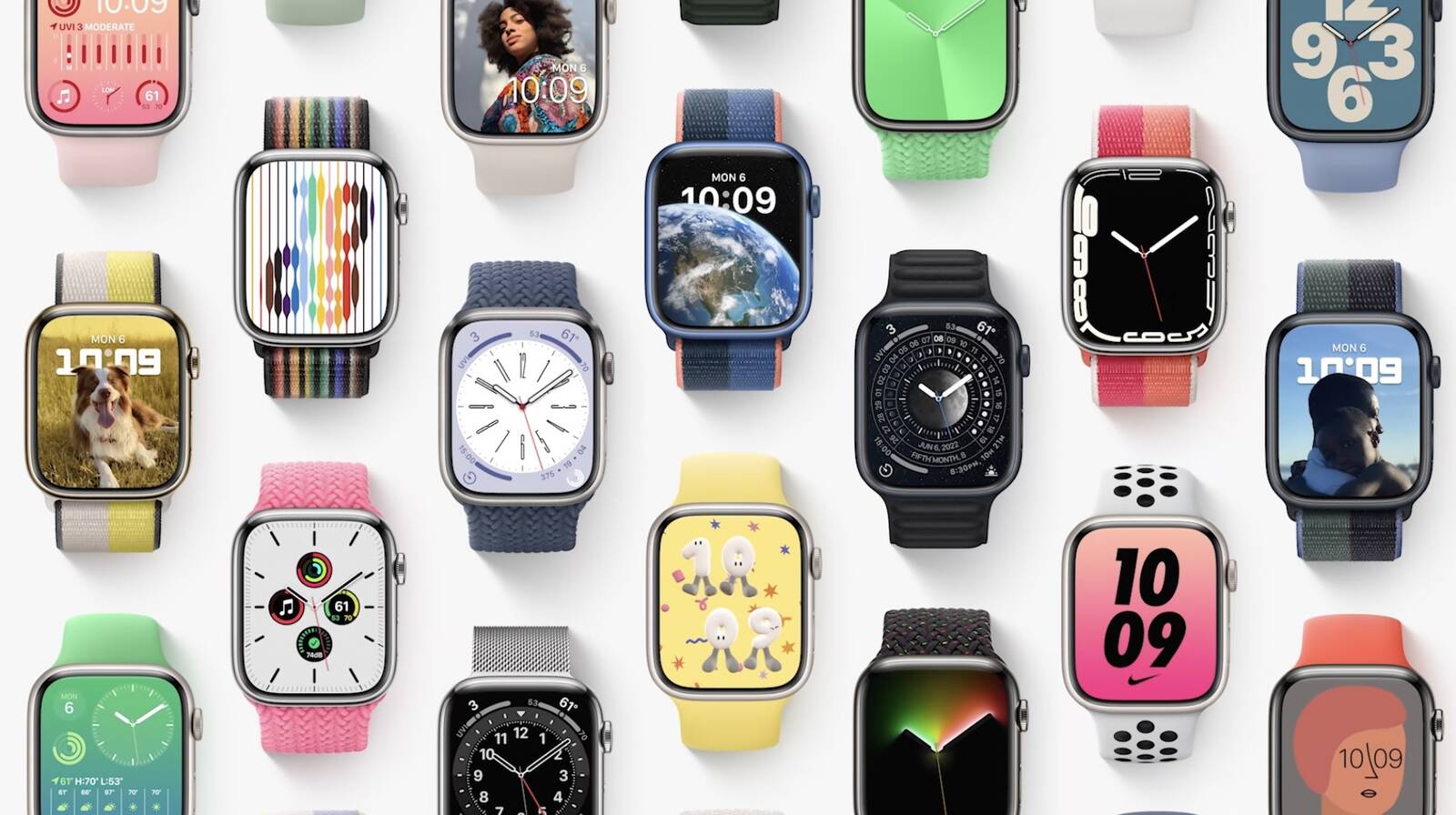 Lunar depicts the relationship between the Gregorian calendar and the lunar calendar that is used in cultures that include Chinese, Islamic, and Hebrew. You can use up to four complications with this watch face.

Playtime is a fun, dynamic Apple Watch face featuring animated numbers, with the face designed in collaboration with artist Joi Fulton. Rotating the Digital Crown changes the background by animating the confetti, and the characters react if you tap on them. You can choose to have a confetti background or a solid background, but there are no complications.

Metropolitan is a classic Apple Watch that changes style when the Digital crown is turned. Custom-designed numbers change in style and weight, and rotate to become pills when the wrist is down. Up to four complications can be added with the circular dial, and the colors are customizable.

Astronomy is actually a revamped version of the original Astronomy watch face, but it has been remastered and includes a new star map and current cloud data based on your location. You can set the Earth, Moon, or Solar System as the main view, and customize font. It supports two complications, and turning the Digital Crown lets you fast forward or rewind to see the moon phase/planet location on another day.

As for existing watch faces, watchOS 9 adds enhanced and modernized complications, along with some design updates. The Portraits face has a depth effect on more photos, including cats, dogs, and landscapes, and Chinese scripts have been added to the California and Typograph watch faces.

This article, “Here Are the New Watch Faces in watchOS 9” first appeared on MacRumors.com

2022.08.12 0
Apple and Facebook Reportedly Discussed ‘Revenue-Sharing’ Ideas in Past