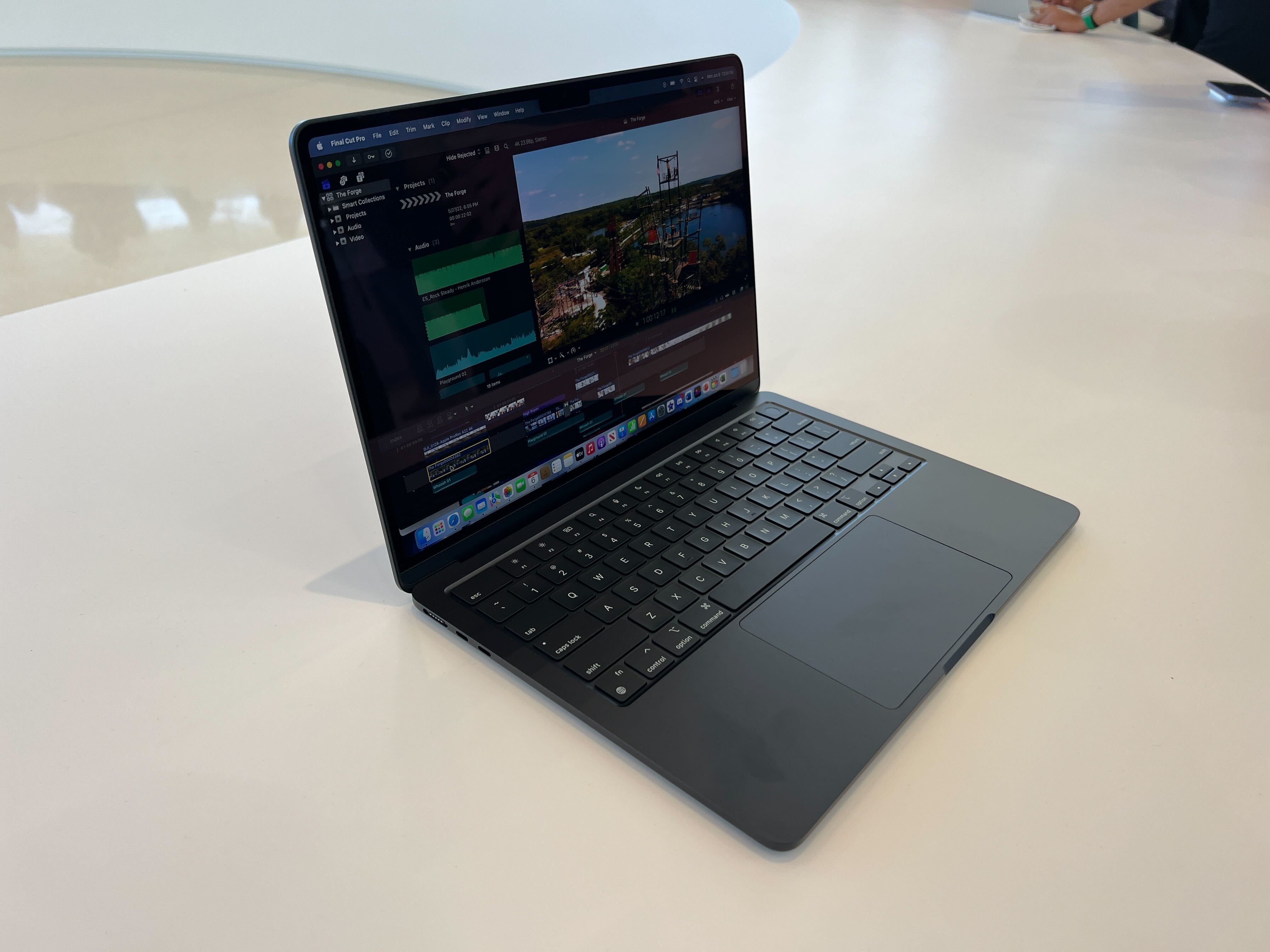 Immediately after the WWDC 2022 keynote, Apple invited the media to a hands-on demo area for the new MacBook Air, which features an overhauled design with a slightly larger display, a notch, flatter edges, and new Starlight and Midnight color options.

CNET photographer James Martin shared photos of the new MacBook Air in Midnight on Twitter. Depending on the lighting, the color looks like a mix of navy blue and space gray. While some rumors suggested the new MacBook Air would feature a white keyboard, the keys are in fact black, and the Midnight-colored chassis is visible between the keys. The keyboard retains full-size function keys and a Touch ID button for authentication.

Tech journalist Nobi Hayashi tweeted photos of the Silver and Starlight color options, with the latter appearing to be a champagne-like gold.

The new MacBook Air features Apple’s all-new M2 chip with an 8-core CPU and up to a 10-core GPU, a brighter 13.6-inch display with a notch, MagSafe charging, a 1080p camera, a fanless design, two Thunderbolt 4 ports on the left side, a headphone jack with support for high-impedance headphones, four speakers, three microphones, and more. The notebook can be configured with up to a 2TB SSD and up to 24GB of unified memory.

The new MacBook Air will be available next month, but no specific date has been provided by Apple. Pricing will start at $1,199 in the United States, and the previous-generation MacBook Air with the M1 chip will remain available for $999.