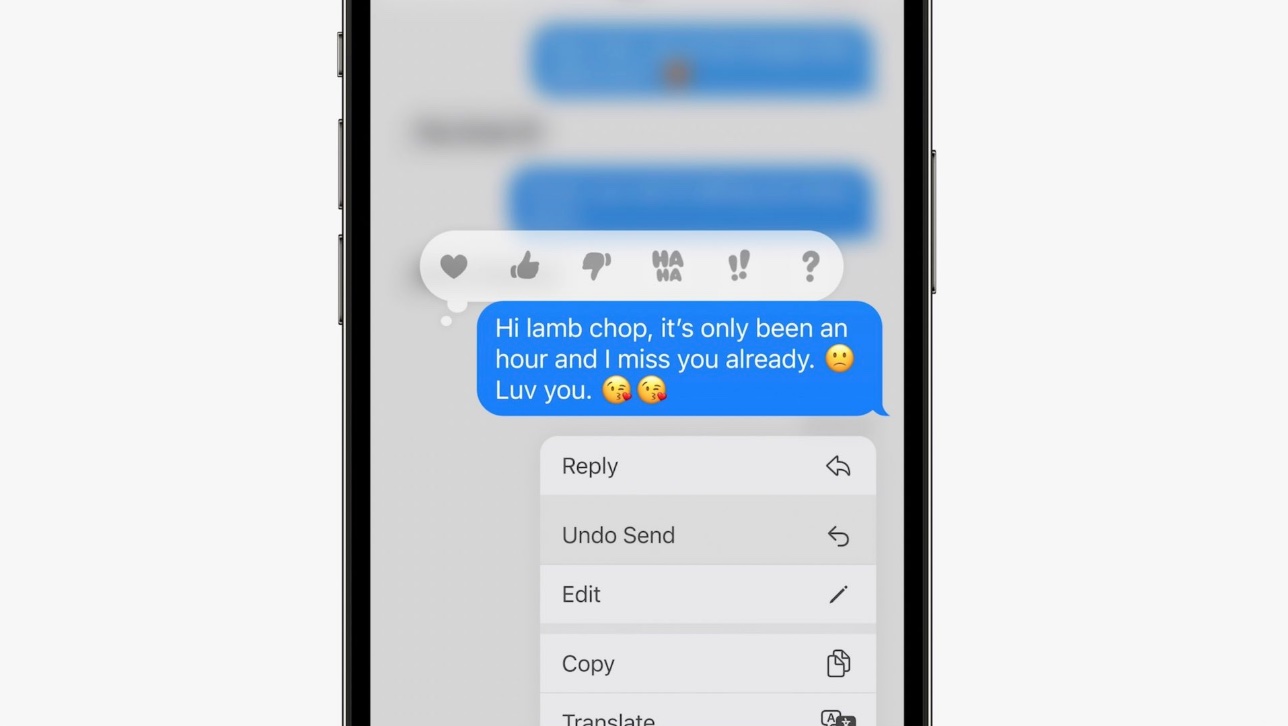 Apple today announced that the Messages app on iOS 16 has been significantly enhanced with several new features.

iOS 16 introduces the ability to edit and unsend iMessages already sent, mark iMessage conversations as unread, and more. These features will bring iMessage more in line with third-party messaging services like WhatsApp and Telegram.

Apple also announced that SharePlay is coming directly to the Messages app. This functionality will allow SharePlay to be initiated in the Messages app, allowing you to watch a TV show or movie while you are messaging a friend, for example.

iOS 16 will likely be publicly released in September, with the first beta for developers expected to be seeded later today.