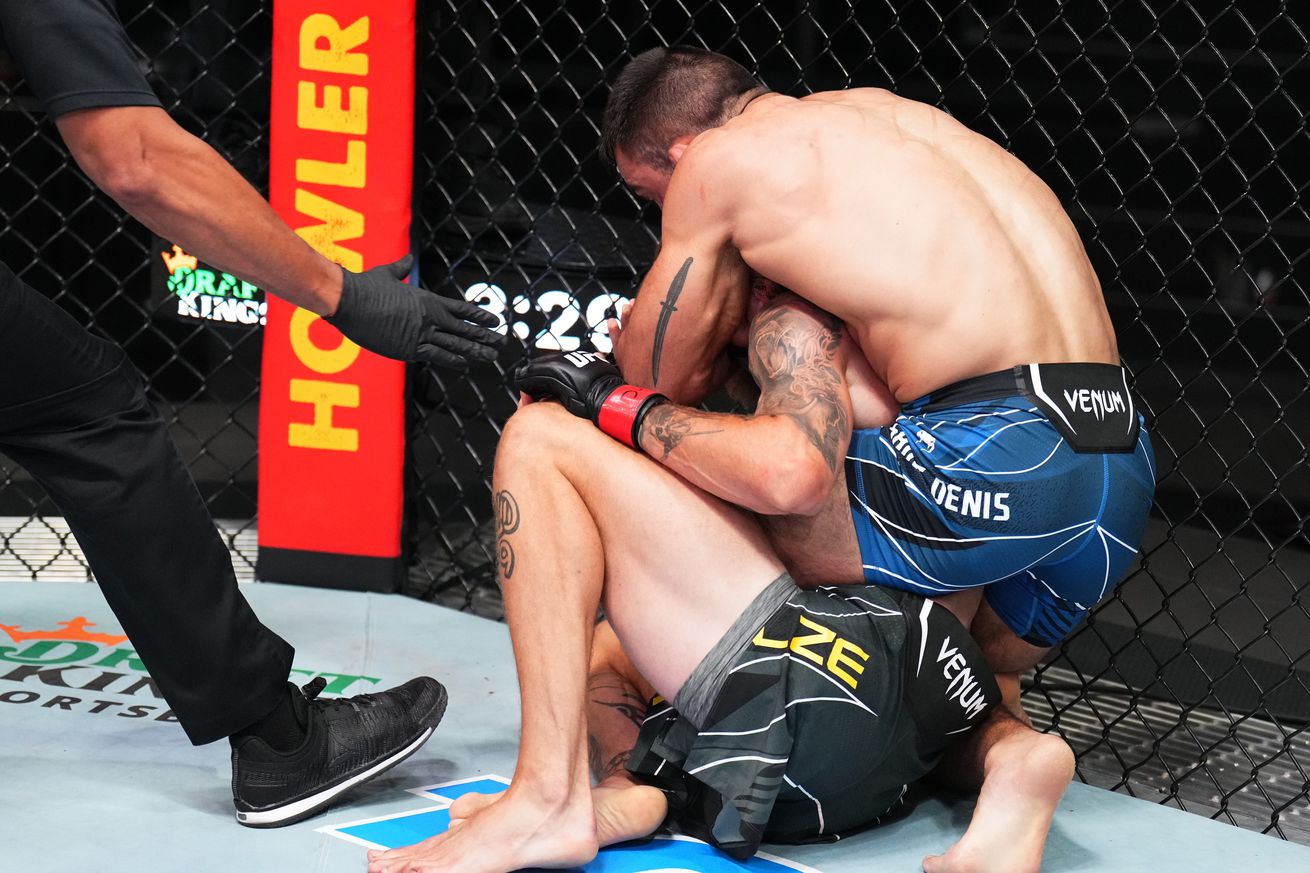 Benoit Saint-Denis had to lean on his durability and toughness in his octagon debut, but on Saturday they led to his first UFC finish.

Saint-Denis took on Niklas Stolze in a lightweight preliminary bout of UFC Vegas 56 at the UFC APEX. After a first round where Saint-Denis showed his massive grappling advantage — while also walking through a vicious knee from Stolze that opened up a nasty gash on his cheek — “God of War” continued his onslaught in the second round en route to a rear-naked choke submission.

Check out video of the finish below:

The 26-year-old Saint-Denis made his promotional debut at UFC 267 this past October and was able to make it to the final bell after taking a vicious beating from Elizeu Zaleski dos Santos, a fight that saw referee Vyacheslav Kiselev — along with Saint-Denis’ coaching staff — take a lot of criticism for the fight continuing on.

This time, Saint-Denis returned to his usual weight class of 155 pounds, while also getting a full training camp to bounce back from the first loss of his pro career.