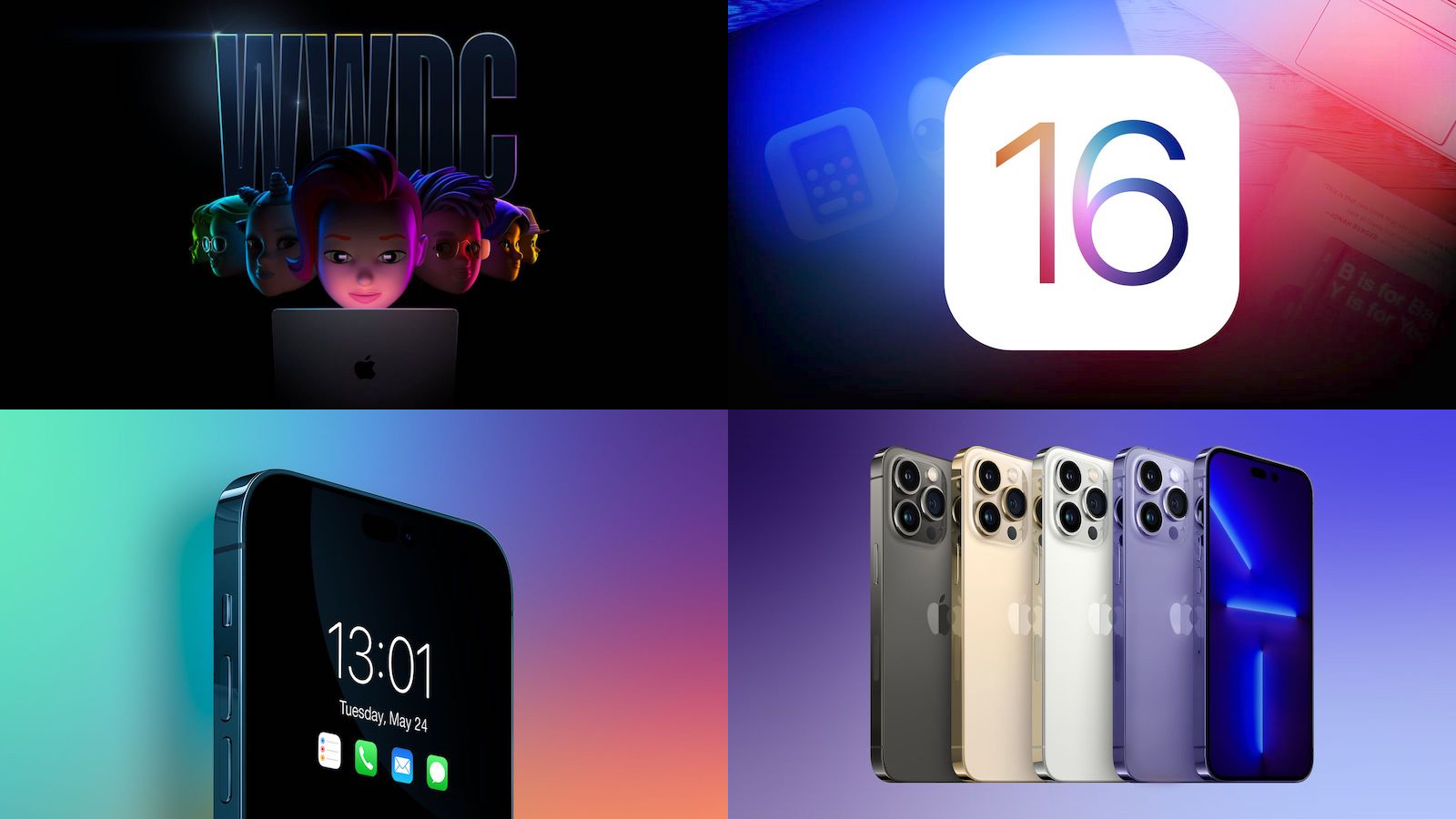 It’s that time of year again as the calendar flips over to June! Apple’s developer conference kicks off on Monday and we’ve seen a flurry of last-minute rumors even as much of what to expect remains a mystery.

This week saw rumors about some of the changes coming in iOS 16 and iPadOS 16, while we also heard details about the iPhone 14 lineup we’re not expecting to see until the usual September timeframe, so read on below for all the details from the week leading up to WWDC!

The wait is finally almost over! Apple’s annual developers conference WWDC begins Monday with Apple’s opening keynote at 10 a.m. Pacific Time, and while software is always the focus of the event, there is certainly a chance of a hardware announcement or two.

As usual, we’ve rounded up everything we expect to see at Monday’s keynote, some of which involves late-breaking news highlighted below.

According to Bloomberg‘s Mark Gurman, Apple has aimed to announce a new MacBook Air with an M2 chip at WWDC this year, but the unveil could be pushed back due to lockdowns in China affecting production. On the other hand, Gurman believes that a full-scale presentation of Apple’s long-rumored AR/VR headset is unlikely at the event.

Bloomberg‘s other WWDC expectations include “major enhancements” to the iPhone’s lock screen on iOS 16 such as wallpapers with widget-like capabilities, along with redesigned Mac apps and more.

One of the built-in apps that will receive a redesign on macOS 13 will reportedly be System Preferences, which is expected to receive an overhaul that will make it more similar to the Settings app on the iPhone and iPad.

Yet another report from Gurman ahead of WWDC claims that iPadOS 16 will feature a redesigned multitasking interface and the ability to resize app windows on the screen.

The multitasking improvements should allow for a more Mac-like experience on the iPad, which is something that many power users have been asking for. However, the extent of the changes remains to be seen.

Apple this week added WWDC 2022 to its events website, and if you visit the page on an iPhone or iPad, there is a fun augmented reality easter egg.

For WWDC 2022, Apple has created a package of trading cards that you can view in augmented reality — there’s even a rare Craig Federighi card. Once placed on a surface using the AR interface, you can tap the pack of cards to open it up and see an array of colorful Memoji faces.

iOS 16 will reportedly include support for a future always-on display mode on iPhones. This feature could debut exclusively on the iPhone 14 Pro and iPhone 14 Pro Max when they launch later this year.

An always-on display mode could result in iPhone 14 Pro models persistently displaying glanceable information, such as the time, with the refresh rate dropping down to as low as 1Hz to preserve battery life.

All four iPhone 14 models launching later this year will be equipped with 6GB of RAM, according to Taiwanese research firm TrendForce.

TrendForce also said iPhone 14 Pro models will be upgraded to a faster and more power efficient type of RAM known as LPDDR5, while the standard iPhone 14 and iPhone 14 Max models are expected to stick with LPDDR4X like the iPhone 13 lineup.