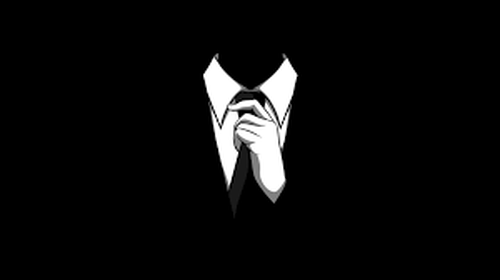 The Decline And Fall Of Davos Man

Russia’s war of aggression in Ukraine loomed large at this year’s annual World Economic Forum meeting in Davos, where political and business leaders once gathered to celebrate globalization and pursue more of it. Now, the world has entered a new phase of history in which geopolitics will predominate…

“Davos Man” has had a grim 14 years. The late Harvard University political scientist Samuel P. Huntington popularized the term in 2004 to describe a new overclass of evangelists for globalization. Davos Man, he claimed, wanted to see national borders disappear and the logic of politics superseded by that of the market.

But since the 2008 global financial crisis, politics has increasingly trumped economics, a trend that reached its apotheosis in 2016 with Donald Trump’s election in the United States and the Brexit referendum. Both events represented a backlash against Davos Man’s vision of a frictionless world governed (not run) as efficiently as possible by “multi-stakeholder processes.”

Moreover, at this year’s annual gathering in Davos, attendees had to confront an even bigger challenge than national politics: the return of geopolitics. The World Economic Forum’s theme was “History at a Turning Point,” in recognition of the fact that we have reached the end of the “end of history.” Although the WEF’s ethos is to promote cooperation in the pursuit of “one world,” the new agenda is necessarily focused on conflict and division.

Russian President Vladimir Putin’s war of aggression on Ukraine obviously loomed large at this year’s meeting. To open the event, Ukrainian President Volodymyr Zelensky – appearing virtually in his now familiar military fatigues – spoke of a world split along the fault lines of fundamental values. And Russia House, the facility where Russian delegations hosted parties and networking events in years past, was transformed by Ukrainian activists and donors into the Russian War Crimes House, with an exhibition calling attention to Russian atrocities in Ukraine.

After browsing this year’s program, it soon became clear that not a single aspect of globalization has been spared from the fallout of new geopolitical conflicts – between Russia and the West, China and the West, China and its neighbors, and so forth. Instead of panels discussing free-trade agreements, there were multiple sessions on economic warfare.

Political and business leaders grappled with the fact that we now live in a world where central-bank reserves can be confiscated, commercial banks can be summarily disconnected from the SWIFT international payments system, and private assets can potentially be seized to pay for a country’s reconstruction.

The sessions on climate change, meanwhile, looked beyond the Paris climate agreement’s decarbonization targets to focus on the links between the war in Ukraine, the current global energy crisis, food shortages, and inflation. For example, German Vice Chancellor Robert Habeck held a panel with India’s petroleum and gas minister and the CEO of an oil company to discuss whether Europe and India can end their use of Russian oil and gas without setting back their economic goals.

A panel on migration dealt not with the question of skills training – as would have been the case in previous years – but rather with the weaponization of refugees. As a Ukrainian MP warned, Putin is aiming to “turn migration into a ‘hybrid war 2.0,’ in the hope that driving millions of Ukrainians from their homes could lead to the collapse of Europe.”

At a panel on the future of technology, a senior Japanese policymaker discussed how geopolitics is transforming the relationship between the market and the state. In the old days, innovations like the internet were initially developed by the state and then picked up by private companies. But today, artificial intelligence, quantum computing, drones, and other technologies are being developed by the private sector and then weaponized by the state. Export controls and restrictions on technology transfers thus have become essential elements of national security.

But the most anxious of all sessions were those focusing on the fear of a new cold war, which would spell the end of the globalized world. Many leaders from outside Europe and North America sympathized with Ukraine but refused to see the war as a global conflict about values. They worried that Putin’s aggression, and the countermeasures taken against Russia, would accelerate the fragmentation of an already divided world through rising energy prices, mass starvation, and the politicization of markets.

Moreover, they did not buy into the notion, heavily promoted by the Biden administration, that we are in a battle between democracy and autocracy. That framing, they feared, would lead to a world even more deeply divided along ideological lines. Representatives from the Middle East, Africa, and Asia repeatedly expressed fears of having to choose between China and America, describing that prospect as an “existential threat.”

This year’s Davos gathering was totally unrecognizable from the conference I started attending 15 years ago. It is now clear that while Davos Man was not interested in geopolitics, geopolitics has become very interested in him. The weaponization of interdependence has reshaped every aspect of his life. The geopolitical takeover of globalization is almost complete, and its primacy will almost certainly outlast the war in Ukraine.

2022.06.30 1
Biden Announces Permanent US Base In Poland, America’s First On NATO Eastern Flank