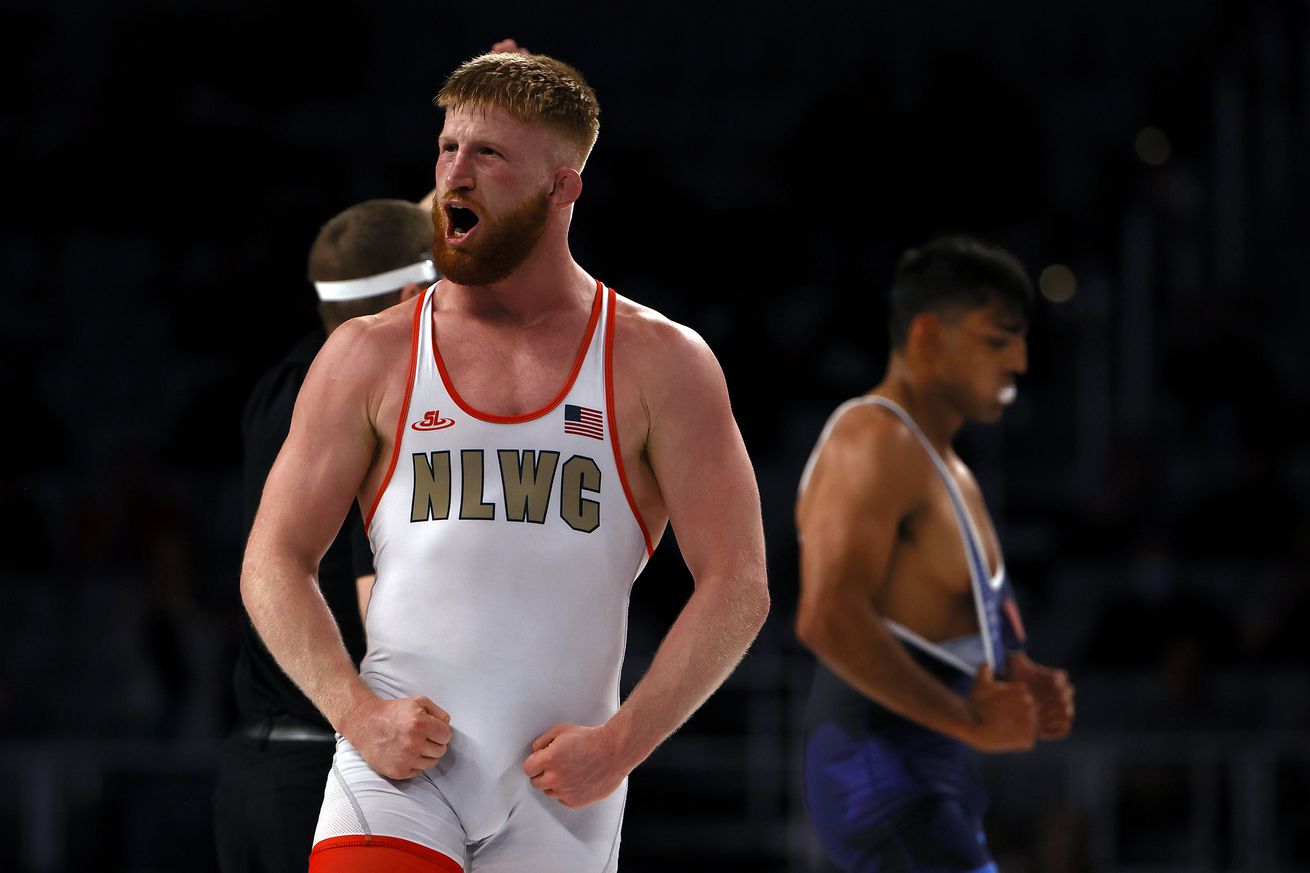 There’s a thin line drawn between confidence and cockiness but Bo Nickal knows exactly where he falls when addressing the pedigree he carries into his first professional fight.

The three-time NCAA Division I National Champion wrestler has attracted a lot of eyeballs since first declaring his intention to crossover to mixed martial arts following the last Olympic cycle in 2021. While he’s certainly not the first high level wrestler to become a top MMA prospect, Nickal believes there’s something about his style and the tenacious way he always attacked the mats that separates him from everybody else.

“Wrestling’s in my blood,” Nickal told MMA Fighting. “My grandfather wrestled in college. My father wrestled his whole life and coached his whole life. For me, I take a lot of pride in being a wrestler and I know at the end of the day, it’s almost a little sad for me because I did have to stop my wrestling career early.

“I’m 26 years old and I stopped wrestling at 25. To stop that early, I had to lose a little bit of myself but I knew moving into the sport of MMA was what I was being drawn to and what I was more passionate about.”

While Nickal acknowledges that he still has a lot to learn about MMA considering he started training full time less than a year ago, he has no doubts when it comes to his wrestling even when compared to the best of the best who came before him.

That’s why the Penn State standout can’t help but flaunt his dominance in the sport that now serves as a launching pad to his new fight career even as he continues to root for every other wrestler competing alongside him.

“Coming in now, I know that undoubtedly in my opinion, I’m the best wrestler that’s come into the sport of MMA skill wise and I think my skills translate really well,” Nickal said. “Any high level wrestler in the sport, I have a ton of respect for you. I’m going to be rooting for you.

“I don’t want to take anything away from anybody, of course. Any high level wrestler, I’m rooting for you but at the same time, I feel confident in myself and I know what I’m capable of and I know what I can do. Not only in MMA and what I would have been able to do in wrestling. So there’s no doubt I’m the best wrestler to have entered the sport and again, not trying to take anything away from the guys who compete. Henry Cejudo, Kamaru Usman, another guy that comes to mind Aaron Pico, he’s a friend of mine, ton of respect for him, I root for all those guys. I want all those guys to win championships.”

Speaking of championships, Nickal has yet to throw his first punch as a professional yet he’s already had coaches and teammates calling him the future of the sport.

His debut comes under the IKON MMA banner where UFC star Jorge Masvidal serves as the promoter and he’s also been a frequent teammate alongside Nickal at American Top Team.

Masvidal has raved about Nickal in the past and he’s certainly not alone in estimating that the four-time All-American will eventually wear gold around his waist.

Now those types of expectations might weigh down some fighters but don’t ever count Nickal among them.

“That’s a pretty cool thing but I don’t think anybody puts any more pressure on me than I put on myself. Because I want to win. That’s just my nature.”

To understand just how much Nickal expects out of himself, he doesn’t even believe winning a title in a promotion like the UFC would be enough for him.

In fact, he’s aiming much higher than that.

“For me, it’s not even about being a future champion,” Nickal said. “I want to be the future No. 1 pound-for-pound guy on the planet. I think out of everybody that puts pressure on me, I put the most pressure on me and I want that pressure and that’s what I live for. I live for the big moments.”