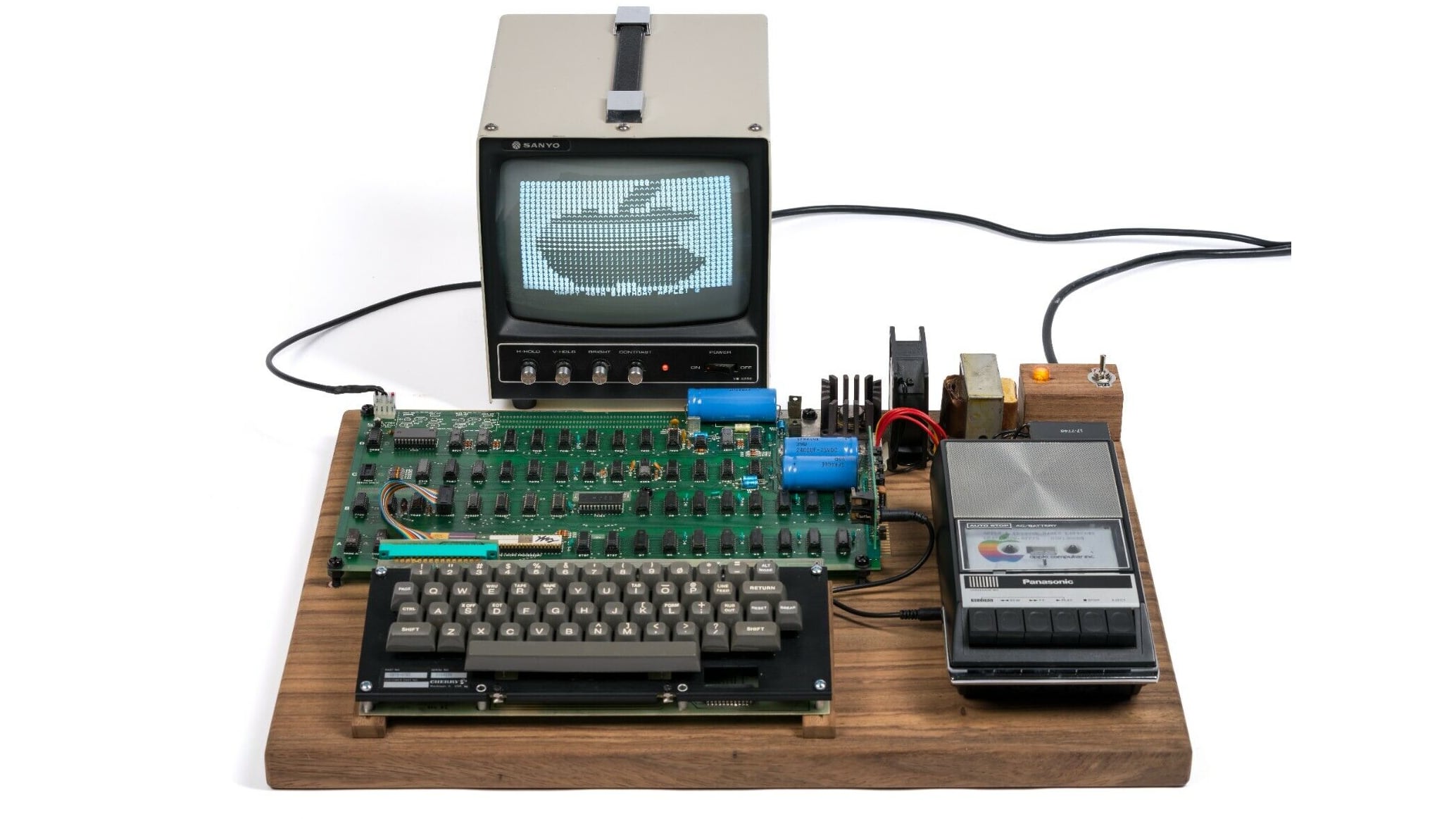 An original and functional Apple-1 computer is up for auction on eBay, where it could fetch hundreds of thousands of dollars. The Apple-1 computer available for sale is known as the “Schlumberger 2” Apple-1, and it has been restored to full working condition.

One of only dozens of Apple-1 computers remaining, the device is said to feature “almost all period-correct components” with the appropriate “make, part, and production date for an Apple-1 ‘NTI’ board,” with the exception of some multiplexor ICs.

The AAPL Collection’s Jimmy Grewal owns the Apple-1 computer, and it is expected to sell for around $485,000 due to its condition and original components. The Schlumberger 2 Apple-1 has been signed by Apple co-founder Steve Wozniak, and the auction is set to last until June 12.

The Apple-1 was the first Apple product created by Steve Jobs and Steve Wozniak when Apple Computer was founded, and there are few left in existence of the original 200 that were manufactured.

This article, “Rare Apple-1 Computer Signed by Steve Wozniak Up for Auction” first appeared on MacRumors.com