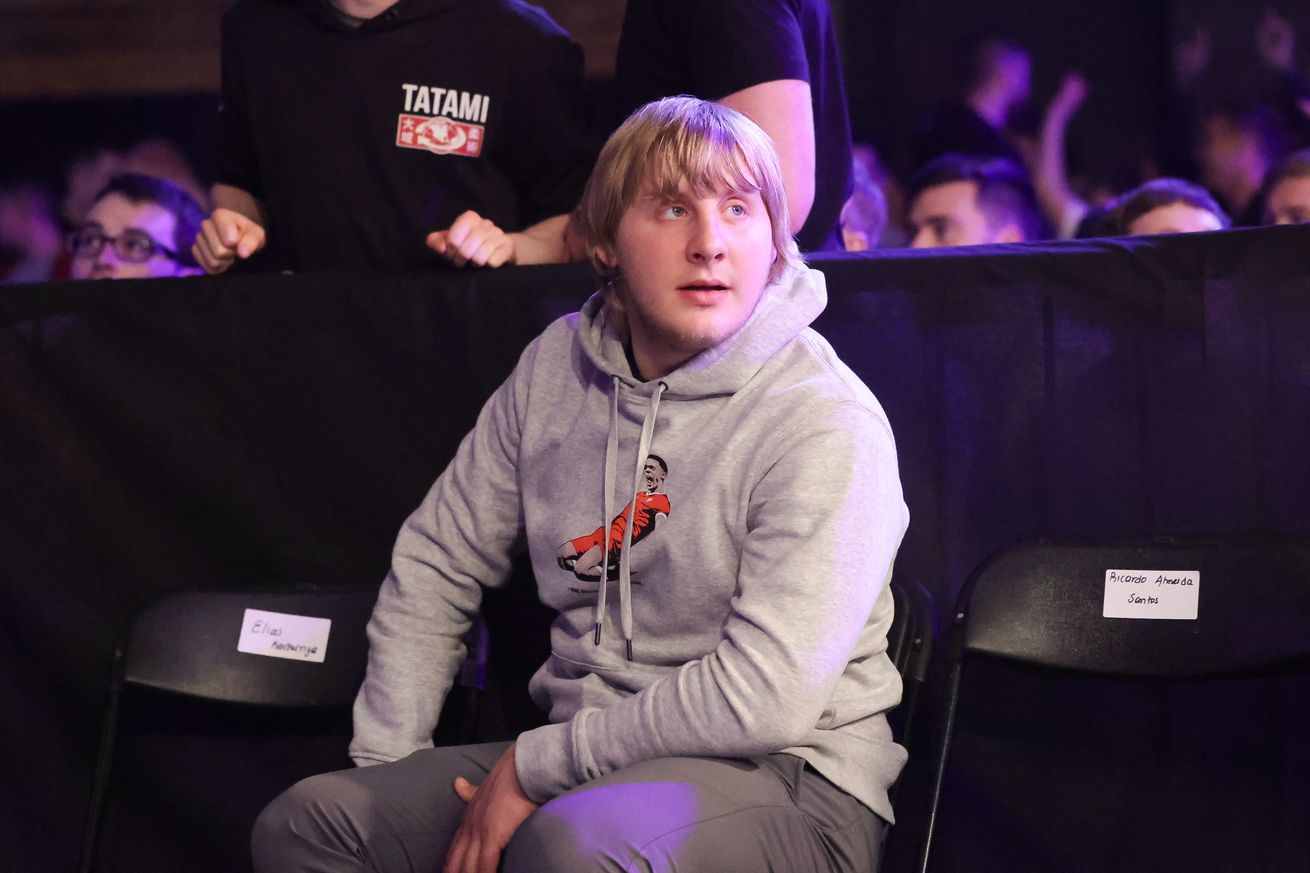 Paddy Pimblett thinks T.J. Dillashaw should look in the mirror before criticizing his weight.

The U.K. UFC star on Wednesday responded to Dillashaw’s recent comments about his off-season behavior, calling attention to the ex-champ’s history with weight and performance-enhancing drugs.

Pimblett called Dillashaw a “cheating little juice head” who would “never have won a belt without them steroids” and added, “u [sic] f****** mushroom.”

Is this fella messin @TJDillashaw used to sell tee shirts with his fat face on it saying “fat Tyler” on when he came out of camp don’t forget ur own past u sausage Cheating little juice head wud never have won a belt without them steroids u fucking mushroom https://t.co/64YL2yOG82

Dillashaw, who indeed sold a t-shirt poking fun at his off-season weight, criticized Pimblett for gaining huge amounts of weight between fights, saying the UFC featherweight is “just loving diabetes” and is on the road to destroying his body.

“They can promote him the right way and do all this good stuff, and he’s got some stuff to grow and get into the higher echelons of the UFC, but if you keep that same work ethic that he has now, he’ll never be a champion,” Dillashaw said on “The Schaub Show.”

“You can’t have that down time like that. You can’t get that fat. You can’t get out of shape. It just kind of proves the dedication to what you need to do. And no, I’m not trying to pound on him or anything, but that’s something I think he’s going to have to figure out with age, right? He’s young. … It’s a full-time job, bro. This isn’t just wanting to be a fighter – you have to be a fighter.”

Pimblett, 27, is scheduled to return to the octagon on July 23 against Jordan Leavitt at UFC London, his second consecutive fight on home soil after a submission win over Rodrigo Vargas in March.

Dillashaw, 36, could be next in line for a bantamweight title shot against champ Aljamain Sterling, who called him out following a rematch win over Petr Yan at UFC 273.