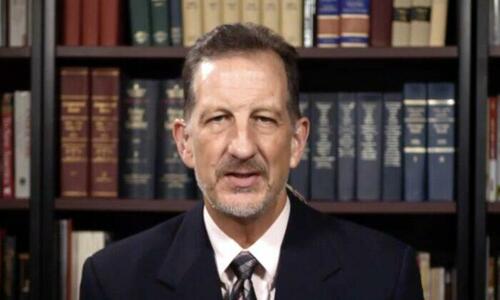 Authored by Mimi Nguyen Ly and Steve Lance via The Epoch Times (emphasis ours),

The left’s push for more gun control omit the many cases that go against their narrative, such as instances where guns were used to neutralize shooters, according to Erich Pratt, the senior vice president of Gun Owners of America (GOA), a gun rights advocacy organization that represents more than 2 million Americans.

“The left is all about pushing gun control. It’s absolutely disgusting what they’re doing. They’re pushing gun control, they’re fundraising off of this within hours of the shooting,” Pratt told NTD’s Capitol Report, referring to the May 24 shooting that killed 21 people at Robb Elementary School in Uvalde, Texas.

“And really, it’s despicable because it becomes clear they only care about certain deaths,” he said.

Erich Pratt, Senior Vice President for Gun Owners of America, in an interview on NTD’s Capitol Report, on May 28, 2022. (NTD/Screenshot via The Epoch Times)

Politicians and activists pushing for gun control neglect to talk about cities that already have the policies they want to implement for the entire nation, he said.

“For example, more than 40 people have been shot and killed in Chicago this month. In the last 30 days, in Baltimore, there had been 20 people shot and killed. But the left is not talking about that. They’re not fundraising off of Chicago or Baltimore because they already have very strict gun control,” Pratt noted.

“Those cities don’t serve their cause—[they] have red-flag, gun confiscation orders, they have universal background registration checks, they have so-called assault weapons bans, they have everything that the left is trying to push on us, and yet they have murders out the wazoo in those two cities that they can’t control it.

“And what that tells us, obviously, is that gun control is not the answer,” he said.

Pratt noted examples of past deadly attacks that did not involve guns, and said that blaming a certain instrument for mass attacks is “short-sighted because no law that bans a certain object is going to stop an evil-determined heart from killing.”

“What’s amazing, and this is one of the things that the anti-gun left does, is they only talk about certain uses of a firearm, which fit their narrative when they’re used in a bad way. But then they won’t talk about firearms when they’re actually used to stop mass shootings,” Pratt said.

Pratt noted how, on May 25, the day after the mass shooting in Uvalde, a woman with a concealed carry permit in West Virginia shot and killed a man who had started firing an AR-style rifle into a crowd of people at a birthday-graduation party.

He accused the left-wing media of generating opposition to people’s Second Amendment right to keep and bear arms “by only selectively talking about certain stories,” and neglecting stories that show how guns may be used to avert more deaths.

“A lot of times where there has been a lot of killing … they are brought to an end by a good guy with a gun,” he said.

Pratt shared the story of Stephen Willeford, who is currently GOA’s spokesperson. As an armed citizen, Willeford in November 2017 stopped a shooter at a church in Sutherland Springs, Texas, from potentially killing more people.

“Sadly, everyone at that church in Sutherland Springs did not have a gun on that day except for the bad guy,” Pratt said. “But when Steven Willeford, who lived down the street heard the shooting, he ran out of his house barefoot with his AR-15 [and] called the guy out of the church. That guy came out and Steven mortally wounded him.”

“I mean, the guy got in his car, drove off but eventually took his own life because he was wounded so bad,” he continued. “The FBI cited that case and many other cases as examples where armed citizens use guns to stop attempted mass murders.”

Pratt argued against the concept of gun-free zones, saying they only serve to be places where shooters seek to go. The Uvalde shooting was an example of that, he noted.

“It’s really important to point out that in most cases, these killers will try to seek out a location where it’s a gun-free zone. You know, 81 percent of police agree that teachers and staff should be armed, and with good reason because no school has ever had a mass shooting where there were armed teachers and staff,” he said.

“But tragically, that wasn’t the case at the Texas School. Police were reportedly not quick to rush in. And this Texas school didn’t take part in the program that allows teachers to be armed, so it was a gun-free zone.

“And again, that’s what killers often choose to target. And why would 94 percent of mass shooters target gun-free zones? Because they don’t want bullets being fired back at them.

“That’s why they don’t target police stations or gun shows because killers love gun control. And sadly, that’s what enabled this killer in Texas.”

2022.07.01 1
New Disney Show Accused Of Indoctrinating Kids To Think That Men, Too, Can Get A Period

2022.07.01 1
Official Cause Of Death Confirmed for 3 Americans Found Dead At Bahamas Resort 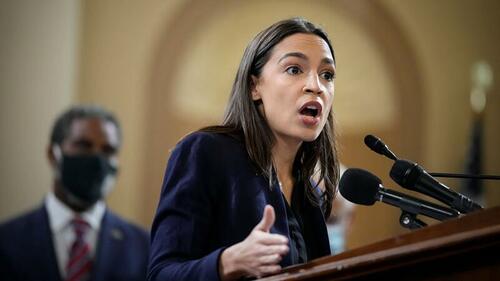 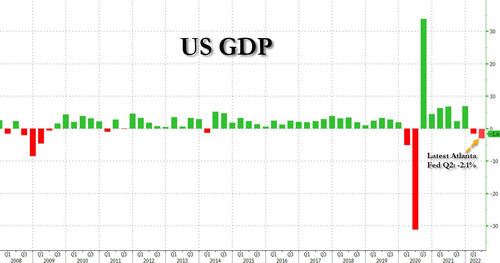 Inflation ‘Off’, Recession ‘On’: Stocks Purged As Bonds & The Dollar Surged

“Worst Start Since 1788”: A Closer Look At The Catastrophic First Half Performance