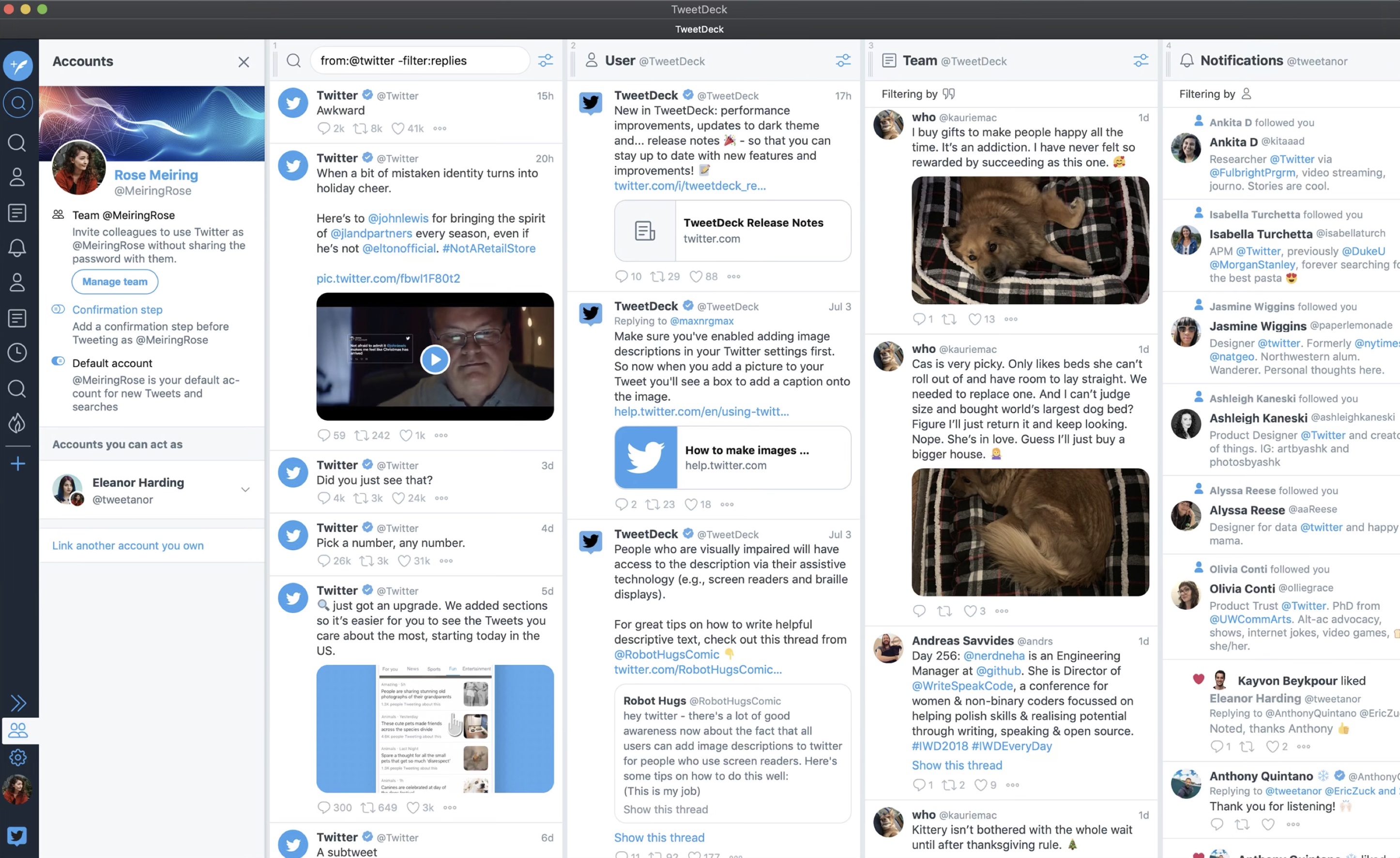 Twitter today announced that it will be shutting down TweetDeck for Mac next month to focus on the web-based version of TweetDeck.

“Beginning July 1, the TweetDeck for Mac application will be removed,” reads a banner at the top of TweetDeck for Mac. Twitter said users can continue to access TweetDeck on the web at TweetDeck.com. The banner may not appear until restarting the app, and there does not seem to be a way to dismiss the banner at this time.

In a tweet, Twitter said it is “saying goodbye to TweetDeck for the Mac app to focus on making TweetDeck even better and testing our new Preview,” which refers to the redesigned version of TweetDeck being tested on an invite-only basis.

We’re saying goodbye to TweetDeck for the Mac app to focus on making TweetDeck even better and testing our new Preview. July 1 is the last day it’ll be available.

You can still use TweetDeck on web and more invites to try the Preview will be rolling out over the next few months!

TweetDeck, acquired by Twitter in 2011, is a popular Twitter client that lets users view several side-by-side columns of tweets at once. The app has been distributed through the Mac App Store, but it will no longer be available starting in July.

As noted by 9to5Mac, one solution is to download the Unite app, which allows you to turn websites into native apps on the Mac.

This article, “Twitter Shutting Down TweetDeck for Mac in July, Will Remain Available on Web” first appeared on MacRumors.com