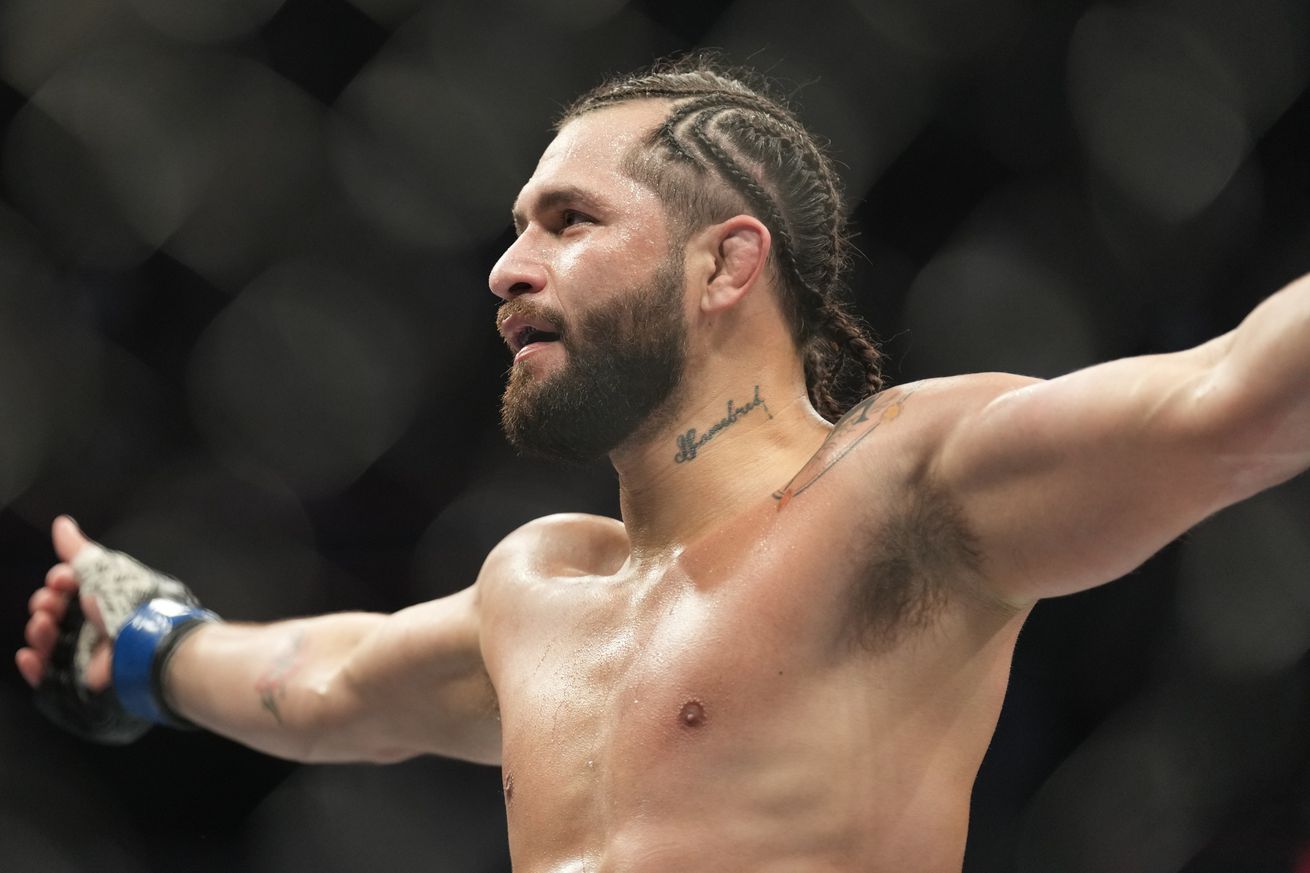 Jorge Masvidal said he’s had no recent discussions with the UFC about a fight with Conor McGregor. But based on his experience, he has no reason to believe recent tweets from the former two-division champ are more than hot air.

“That guy doesn’t answer the UFC’s phone calls when my name gets dropped in his mail box,” Masvidal said Wednesday on The MMA Hour. “I don’t want to drop executives in the UFC’s names, but if you ask certain members of the UFC’s staff, they’ll be like, ‘Conor’s not fighting any more, under no circumstance.’”

McGregor, who’s nearing full health after a long layoff due to the broken leg he suffered at UFC 264, recently drew another round of headlines by going a round with Masvidal on social media.

A potential fight would pair two of the promotion’s biggest draws. Both fighters compete at 170 pounds and are also coming off losses. The problem, according to Masvidal, is that McGregor has already put up a number of barriers to making the bout.

“So he wants to put things that are just not real, and he wants to talk s***. And yeah, I’ll entertain his s***-talking from time to time when I get bored, but we both know he’s not fighting anybody. [UFC President] Dana White called it a long-ass time ago: I’m too much man for him, too much size, as Dana says, and it stuck with him. But at the same time, he can’t do nothing about it, because he knows when we get in there, we’re both striking it up, and I’m going to crack his a**.

“I mean, everyone saw how his fights with Nate [Diaz] went. Then you see my fight with Nate. I touched Nate, and I made Nate dance and f****** drop to the floor and grab his stomach and pray to God. Conor knows, I’ve got power, and I’m not going to get tired throwing blows.”

Masvidal didn’t have that luxury in his previous bout, a unanimous decision loss to rival Colby Covington at UFC 272. Covington largely denied a slugfest and controlled the “BMF” champion. Afterward, the bad blood spilled into public when Masvidal allegedly assaulted Covington at a restaurant, leading to multiple felony charges for Masvidal that are pending in court.

Masvidal would like to return to the octagon this fall if the UFC holds an event at Madison Square Garden in New York City. First, his legal issues must be resolved, but he would fight McGregor without hesitation.

“Definitely, it’s one of the fights that makes the most sense, money-wise,” he said. “It’s got to be a money fight. Another fight that makes a lot of sense for me is Gilbert [Burns]. I like the way he fights; I like the way he competes. He comes to give it all, and the way that he called me out was amazing. ‘Hey, let’s fight. Let’s find out who the baddest motherf***** is and beat each other up.’ Once I get all healed up, I’m looking to fight one of these guys.”

McGregor, of course, is the preference.

While Masvidal would say the same for McGregor the competitor, his respect doesn’t extend past the octagon.

“But he’s not going to fight. UFC’s offered him this fight. As me and you both know, this could be the biggest fight in UFC history. Why wouldn’t he want to cash in on that paycheck? Because he knows I’m going to beat the f*** out of him, and I’m not a wrestler, so if I beat him, it really looks bad for his brand, because I’m going to beat him only one way, f****** in his face, standing up, punching him, knocking his a** out. It’s not going to be good for the Conor brand or his cheap-a** whiskey. So the little b**** has to do what he has to do and take to Twitter and talk s***.