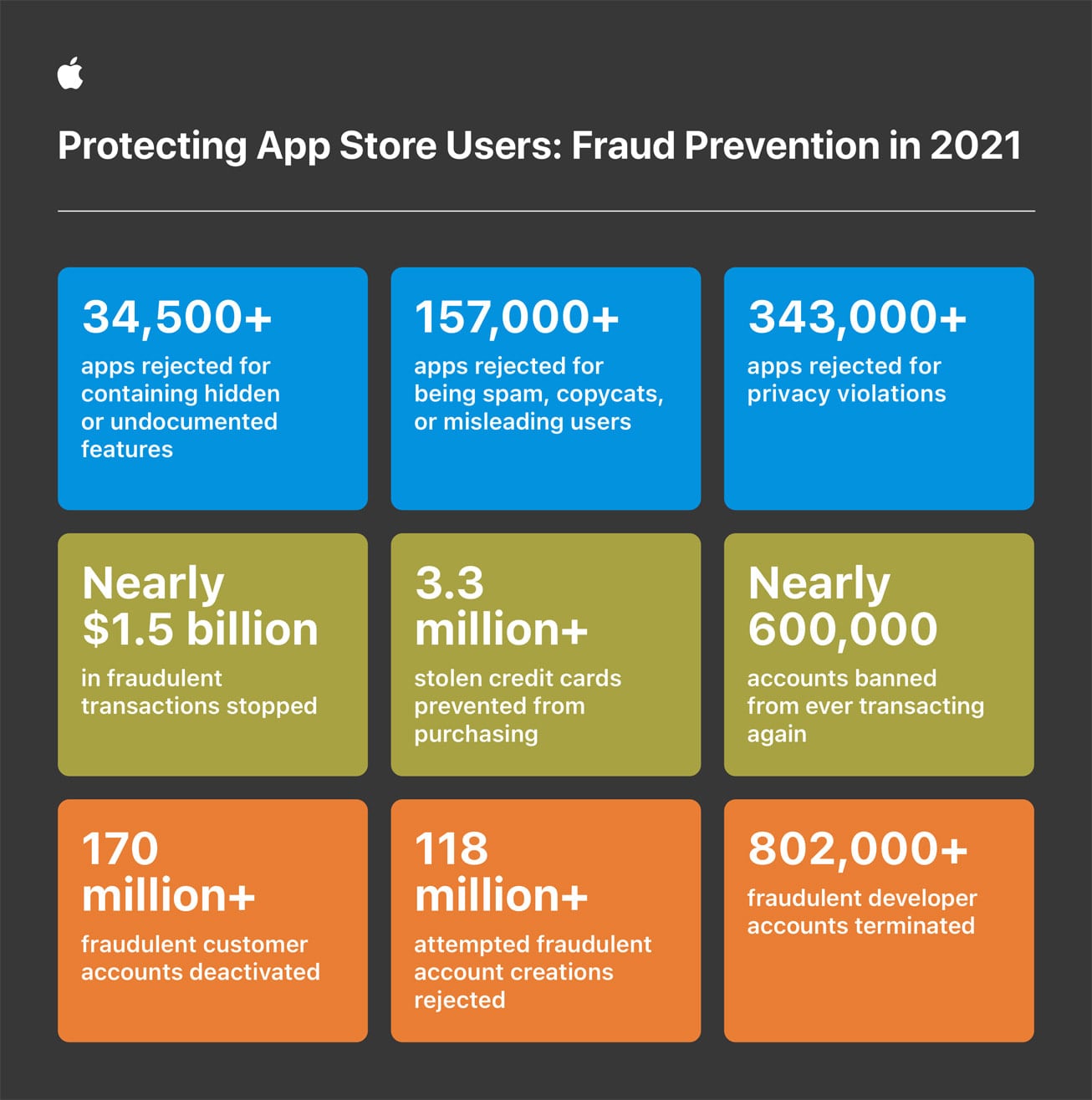 The App Store prevented 1.6 million risky and untrustworthy apps from defrauding users in 2021, according to new fraud analysis data shared today by Apple. Apple says that the ‌App Store‌ stopped “nearly $1.5 billion in fraudulent transactions” during the year.

Apple rejected more than 34,000 apps for hidden features, and more than 157,000 that were spam or copycat apps. 343,000 apps were rejected for various privacy violations. Over 800,000 fraudulent developer accounts were terminated.

More than 170 million fraudulent customer accounts were deactivated, and 118 million attempted fraudulent account creations were rejected. 155,000 nefarious apps that attempted to skirt the App Review process by altering functionality or concept after approval were rejected or removed from the ‌App Store‌. 63,500 illegitimate apps on pirate storefronts were blocked by Apple, and more than 3.3 million apps distributed illicitly through the Enterprise Developer Program were blocked.

Apple says that the App Review team helped more than 107,000 developers get their apps on the ‌App Store‌ in 2021, and 835,000 problematic new apps and 805,000 app updates were rejected or removed from the ‌App Store‌ for issues like bugs.

As for ratings and review fraud, Apple detected and blocked more than 94 million reviews and over 170 million ratings for failing to meet moderation standards. 610,000 additional reviews were removed after publication due to customer concern submissions and human evaluation.

Apple stopped over 3.3 million stolen credit and debit cards from being used to make potentially fraudulent purchases, and 600,000 accounts were banned from further ‌App Store‌ transactions.

Apple says that it plans to continue to work to detect fraudulent activity and accounts and prevent financial crimes in order to keep the ‌App Store‌ a “safe and trusted place for users to find and download apps.”