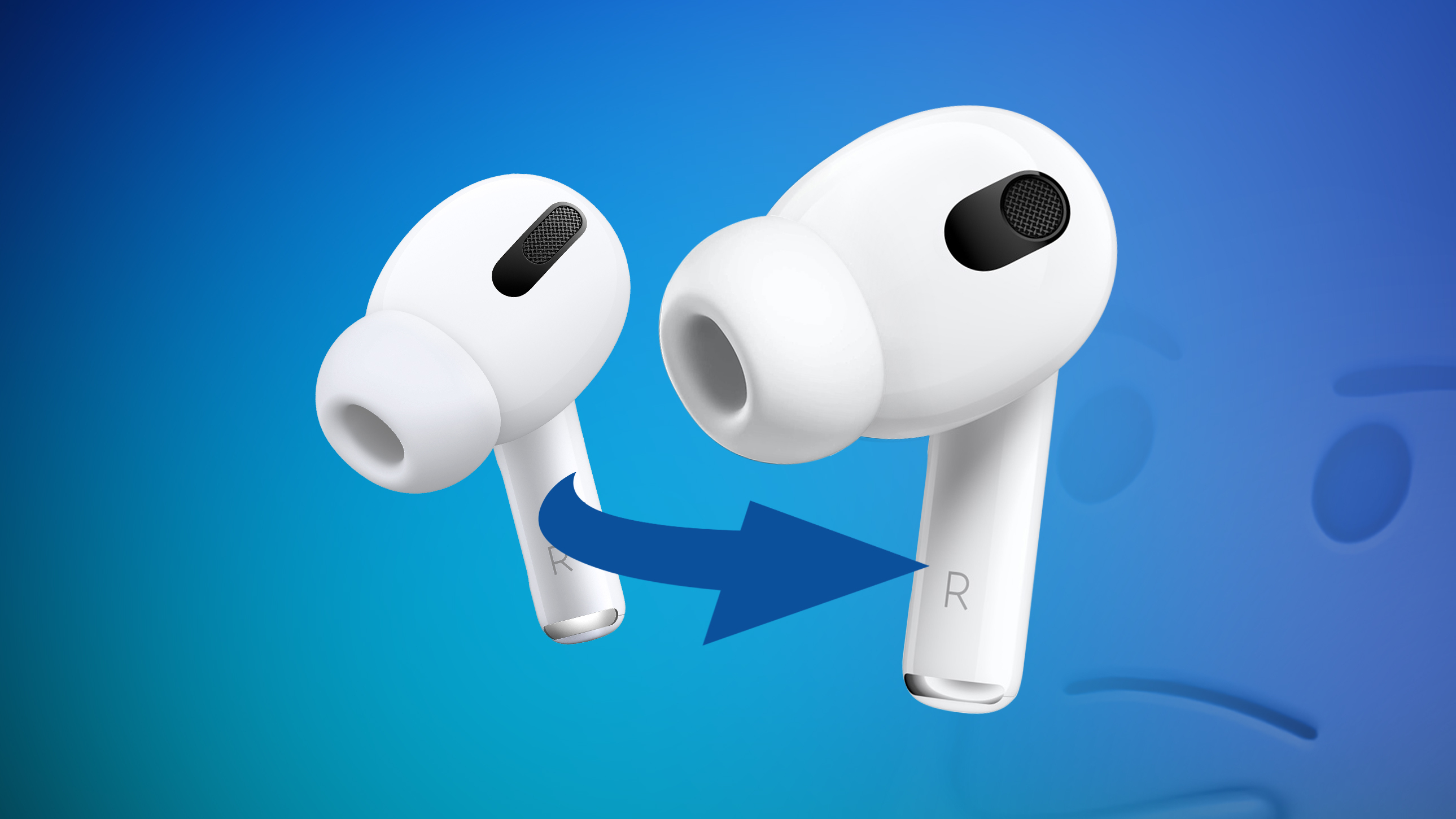 The AirPods Pro 2 may feature largely the same design as the current model, contrary to rumors of a “stemless” design, according to new findings based on purported leaked images shared by MacRumors last year.

It is apparent from last year’s images that the alleged second-generation ‌AirPods Pro‌ earbuds do not feature downward-facing IR sensors to detect when they are in a user’s ears, but the latest 3D comparisons seen by MacRumors actively suggest that the new ‌AirPods Pro‌ will feature skin-detect sensors.

Apple’s skin-detect sensors debuted in the third-generation AirPods, providing a more accurate way to discern if the earbuds are actually in a user’s ears as opposed to in a pocket or on a table. The sensors work by detecting water content in the wearer’s skin, which ensures that it does not mistake other surfaces for flesh.

Instead of skin-detect sensors in each earbud, the current ‌AirPods Pro‌ use dual optical sensors to detect if they are in a user’s ear. While they effectively perform the same function, the optical sensors can simply tell when they are against a surface or covered up, rather than specifically against skin. This means that if you put an ‌AirPods Pro‌ earbud in a pocket or on a surface, it may erroneously resume playback. This is why Apple switched to skin-detect sensors for greater accuracy, with the added benefit of only needing a single, slightly larger central sensor per earbud.

This small but crucial detail may suggest that the images are more credible than previously thought – making it more likely that the second-generation ‌AirPods Pro‌ will feature no major redesign. In fact, Zelbo’s findings suggest that the new earbud’s design is identical to the current-generation ‌AirPods Pro‌ beyond the skin-detect sensor cutout, with no changes to the length of the stem or the shape of the earbud’s in-ear portion.

Rumors have rallied around the idea of the second-generation ‌AirPods Pro‌ switching to a “stemless” design, but upon closer inspection, reputable sources have not explicitly stated that this is set to occur. For example, Apple analyst Ming-Chi Kuo believes that the second-generation ‌AirPods Pro‌ will feature a “new form factor design,” presumably due to knowledge of some kind of retooling, but has not specifically said that they will feature a stemless design.

In October 2020, Bloomberg‘s Mark Gurman said that Apple was aiming to make the second-generation ‌AirPods Pro‌ earbuds more compact by eliminating the short stem that currently extends from the bottom, and was reportedly testing a design with “a more rounded shape that fills more of a user’s a ear,” making them closer in style to Samsung’s Galaxy Buds and designs from the likes of Amazon and Google. Yet Gurman said that Apple was facing problems integrating the ‌AirPods Pro‌’s hardware, including antennas and microphones, into a much smaller casing, which “could result in a less ambitious design when the product is finalized.”

Kuo has also seemingly supported other aspects depicted in MacRumors‘ second-generation ‌AirPods Pro‌ images, potentially increasing their credibility. Earlier this year, Kuo explained that the second-generation ‌‌AirPods Pro‌‌ will feature a charging case that users can trigger a sound from to highlight its location, allowing the earbuds and the case to be located separately. This directly lines up with the speaker holes visible on the charging case seen in MacRumors‘ images. It seems likely that this sound-emitting charging case will integrate into the Find My app, similar to how users can currently emit a sound from their individual AirPods inside the case to help locate them.

It is therefore by no means certain based on information from Kuo, Gurman, and MacRumors that the second-generation ‌AirPods Pro‌ will feature a stemless design. Indeed, there is now seemingly mounting evidence to the contrary.

Apple’s Beats Studio Buds, which share a large amount of technology with the ‌AirPods Pro‌, have a wholly in-ear design and do not feature “stems” at all. The fact that the Beats Studio Buds offer a “stemless” design does not necessarily indicate that the ‌AirPods Pro‌ will follow; Apple often seeks to find ways to differentiate its Beats and AirPods product lines. Apple has also established a distinctive and easily identifiable visual brand for AirPods with the “stem” design and use of white plastic, and it is questionable if the company is ready to deviate from that yet, not to mention the impact of removing the stem on the implementation of force sensor controls and beam-forming microphones.

The second-generation ‌AirPods Pro‌ are rumored to feature support for Apple Lossless audio (ALAC) via a new connection solution, with a launch date in the fall of this year now looking likely.