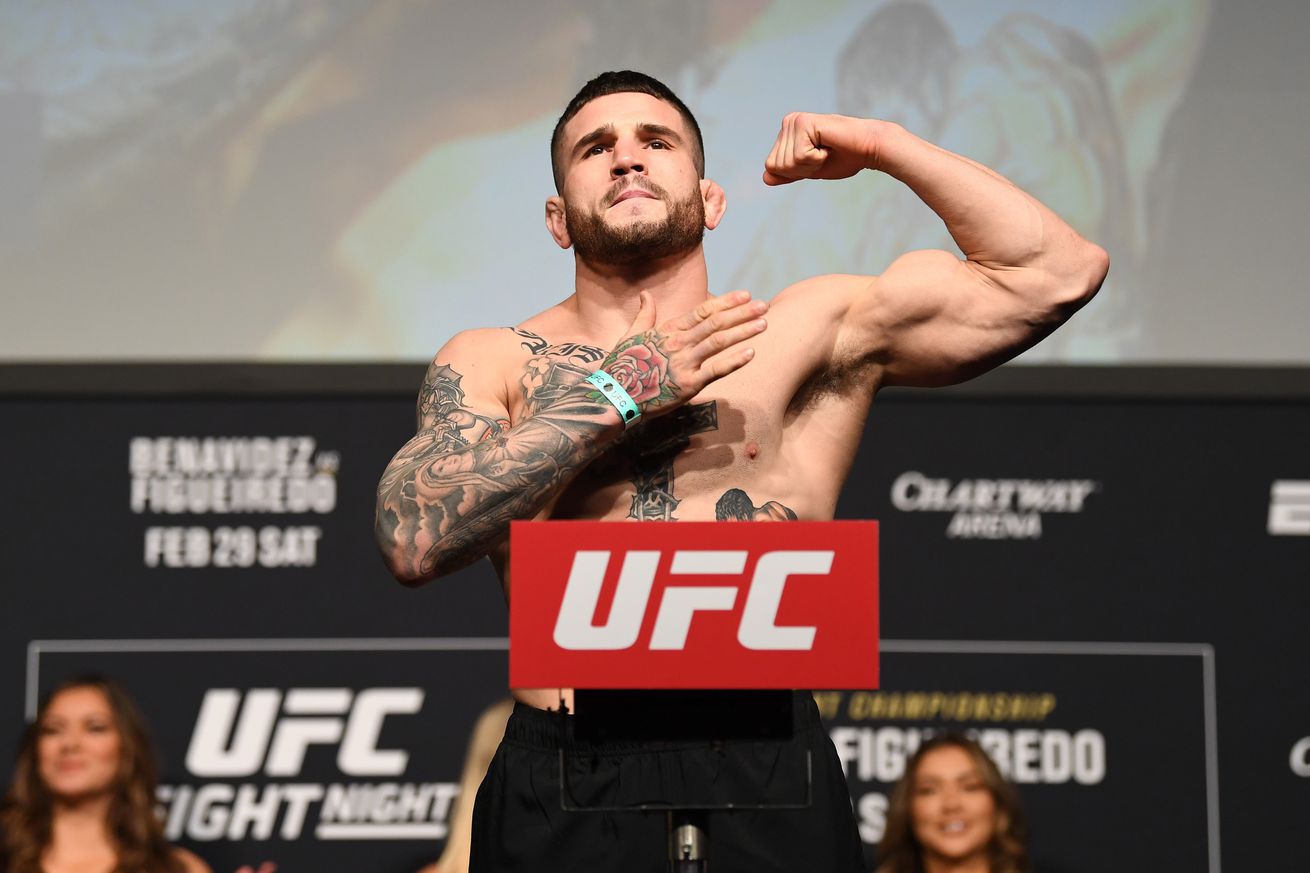 The UFC welterweight division has begun seeing an influx of new faces among the top mix of contenders. Undeniably leading the charge for said group is the emergent superstar out of Chechnya, Khamzat Chimaev.

Chimaev’s meteoric rise to prominence came in the summer of 2020, running through three opponents without suffering a single scratch and dishing out damage in heaps. After overcoming a lengthy and grueling battle with COVID-19, “Borz” continued his winning ways by first taking out Li Jingliang in his typical dominant fashion before going to war with Gilbert Burns this past month at UFC 273.

Walking away victorious via unanimous decision in a Fight of the Night earning bout, Chimaev catapulted himself into the No. 3 contender spot in the official UFC rankings and likely now finds himself only a single win away from a title shot. However, Chimaev isn’t the only unbeaten 170-pounder making waves in the Top 10 at present.

In late Nov. 2021 — around the time of Chimaev’s fight with Jingliang — Philadelphia’s Sean Brady extended his flawless record to 15-0 by taking out perennial contender, Michael Chiesa. The win was Brady’s fifth inside the octagon and seated him at No. 9 in the aforementioned ranks.

For many, Chimaev’s back-and-forth brawl with Burns came as a surprise despite the skillset and experience of the Brazilian former title challenger. Brady though was not one of them.

“I’ve seen a lot of people giving Khamzat s*** because he had a tough fight,” Brady told Morning Kombat. “I feel like people thought Khamzat was going to go in there and shoot lasers out of his eyes. He’s a human. Yeah, he’s very, very good and he mauled a couple of guys who weren’t that good in skill, but Gilbert, I knew that wasn’t going to happen, go down like that. I knew it was going to be a tough fight, and I knew Gilbert was going to take it to him and he did. Khamzat looked great, to go in there being No. 11, to beat the No. 2 guy, that’s a big f****** jump and he looked great.

“He’s very well-rounded everywhere. He doesn’t have many holes, but he showed in that fight, which I already knew, he is a human being. He can be hit, he can be hurt, he can be rocked. He can be, essentially, finished. If that fight would have had two more rounds — it was super close. If they said Gilbert Burns [won], I would have been completely fine with that. It was a super close fight.”

While nothing is determined yet regarding Brady’s next time out, the 29-year-old is ready and chomping at the bit after recovering from a successful nose surgery post-Chiesa. Though Brady is aiming for someone above him on the welterweight ladder, it is unlikely he’ll get Chimaev, but someday he predicts a collision to happen, and when it does he’ll come out on top.

“Khamzat’s beating most of the guys in the division, 100 percent,” Brady said. “Not me. I think I can beat all these guys, and we’re going to go [up] until we meet each other, and it’s definitely going to happen.”

Legendary. Rickson Gracie says it’s ‘hard for people to deny’ his 450-0 record, reveals the one ‘epic fight’ that got away.

Was this the best KO of Paul Daley’s Career?

#MondayMotivation
Stop feeling sorry for yourself. When you do that, deep down it stems from entitlement because you feel like you are owed more. Listen to this message from @officiallymcconaughey pic.twitter.com/Sx5IKz8wiE

Conor getting most fun out of his Lambo Yacht pic.twitter.com/aQl6D0mxTk

This pea brain is the biggest fight of your life. So you’re either too scared or too stupid to get this check

Don’t miss this one! https://t.co/4xkxGOBsS2

The adventures of Jiri.

This past week off from major MMA events felt like a month off. Well, I guess I should say “most” major events. I would never disrespect KSW and Pudz like that.

Thanks for reading and I hope you all had an enjoyable break from the weekly sanctioned violence!

Tuesday: 68% of 773 total votes answered “Yes” to “Should Tony Ferguson welcome Conor McGregor back to the octagon when ready?”

Monday: 68% of 564 total votes answered “Holly Holm” to “Who do you think deserved to win?” Holm lost a split decision to Ketlen Vieira at UFC Vegas 55.