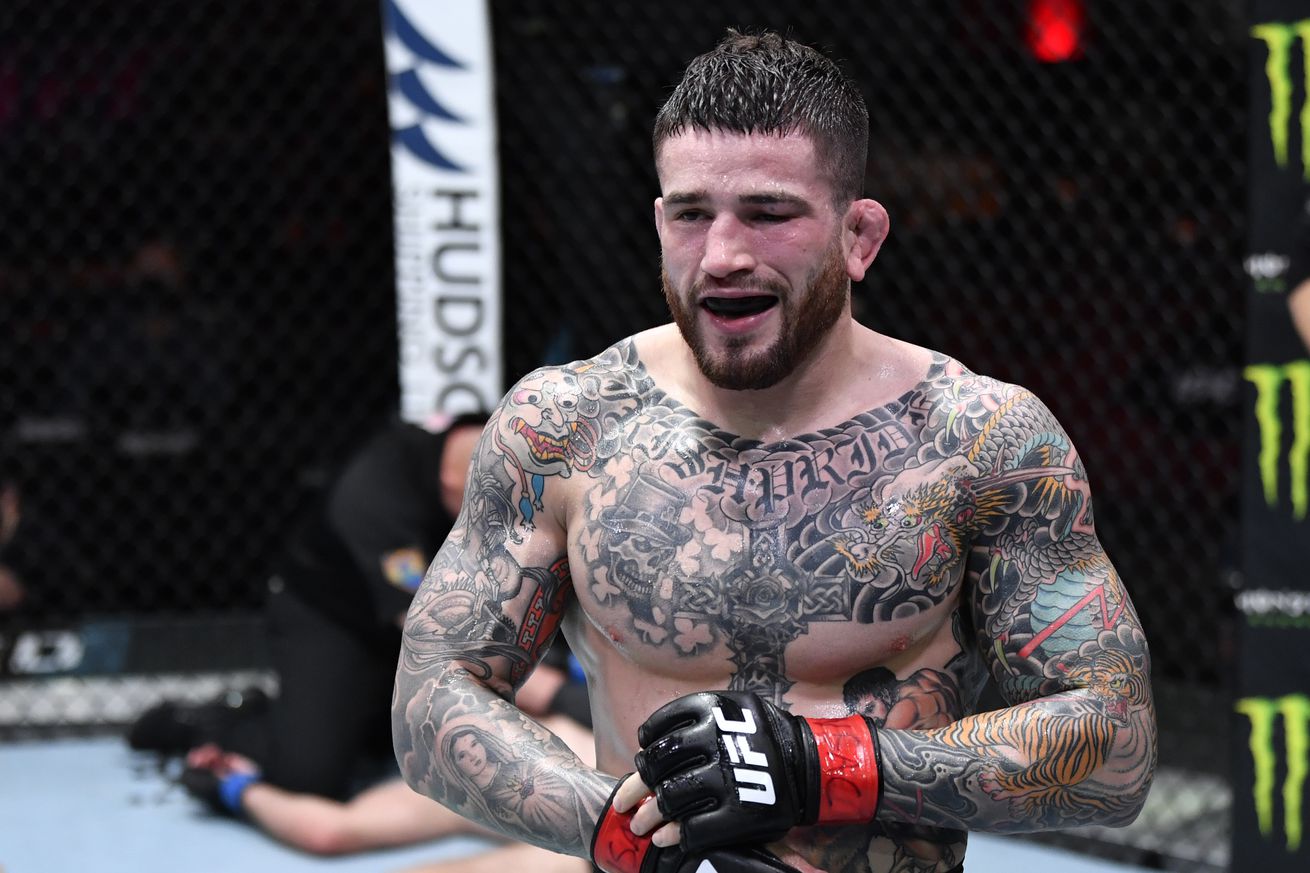 Sean Brady is trying to climb the ranks of the UFC’s welterweight division, but he’s having a hard time finding a top-10 opponent who will sign on the dotted line. With that said, Brady has been respectfully trying to get a higher ranked opponent, which has led to some fan backlash — most notably in support of Stephen Thompson.

Following the biggest win of his career over Michael Chiesa, as well as surgery on his broken nose, Brady called for a fight with “Wonderboy,” who is currently on a two-fight skid following decision losses to Gilbert Burns and Belal Muhammad. But Brady learned, when you call for a fight with the “NMF” in the UFC, that might come with some heat.

“I know [a fight with] Wonderboy, that’s not going to happen. He doesn’t want to fight another grappler,” Brady told MMA Fighting on Heck of a Morning. “I got so much heat online for calling him out. I’m like, ‘Dude, I’m No. 9, he’s ahead of me, what am I supposed to do? Not try to fight a guy [ranked] ahead of me?’

“Everyone is just like, ‘Let Wonderboy go fight strikers.’ This isn’t kickboxing. This isn’t Muay Thai. This isn’t karate. You’ve got to fight guys who grapple. Your job is to not let me take you down, for you to stay on your feet, and if I do take you down for you to get back up. So I’m not even touching the Wonderboy thing anymore because people have been roasting me online, but I would love that fight.”

To Brady’s credit, he didn’t call for the fight with Thompson in a disrespectful way. Brady called Thompson a “legend,” and felt it made sense from a meritocratic viewpoint. Brady just wanted to be as realistic as possible, which is why he understands that the risk vs. reward factor could play a significant role in whether or not he’ll be able to land a top-ranked opponent at this juncture.

“It was literally the nicest callout ever,” Brady said. “I didn’t say anything bad about this man, and that’s not who I am. A lot of people tell me, ‘You’ve got to start talking s***.’ I’m not going to change who I am to get a fight. It’s going to take me a little longer to get where I want to go, but that’s been my whole career: I’ve had pullouts, staph infections, a lot of s*** that’s happened in my career, but at the end of the day I’m still undefeated. I’ve won all of my fights, it’s worked out for me at this point, and I’m not going to take any shortcuts.”

The Philadelphia-based fighter is 5-0 in the UFC and currently sits at No. 9 in MMA Fighting’s Global Rankings. Brady’s current octagon tear includes a unanimous decision over Court McGee, and submission wins over Jake Matthews and Christian Aguilera.

Over the last 18 months, Brady was booked with Muhammad, and twice with now-former UFC fighter Kevin Lee, but none came to fruition. At this point, Brady is willing to fight a fellow up and coming contender, but is hoping to face someone above him in the rankings that is in his range.

“I would love the Belal fight, I would love the Masvidal fight,” Brady explained. “Once you get above that, Gilbert Burns is [ranked] high up there and he just fought Khamzat Chimaev. I have so much respect for Gilbert. I think he’s one of the best guys in the division, he wants a big name and I get that, but I would love to test myself against him if he ever gave me that opportunity.

“That’s where I’m at. There’s guys available, it’s just getting them to say, ‘Yeah.’ And I get it: I’m No. 9. I’m a little bit far back in the rankings, I’m undefeated, there’s still some questions about me, so some guys are a little iffy about taking the fight. But somebody is going to have to say yes, eventually. Somebody is going to need to get some food on their table.”