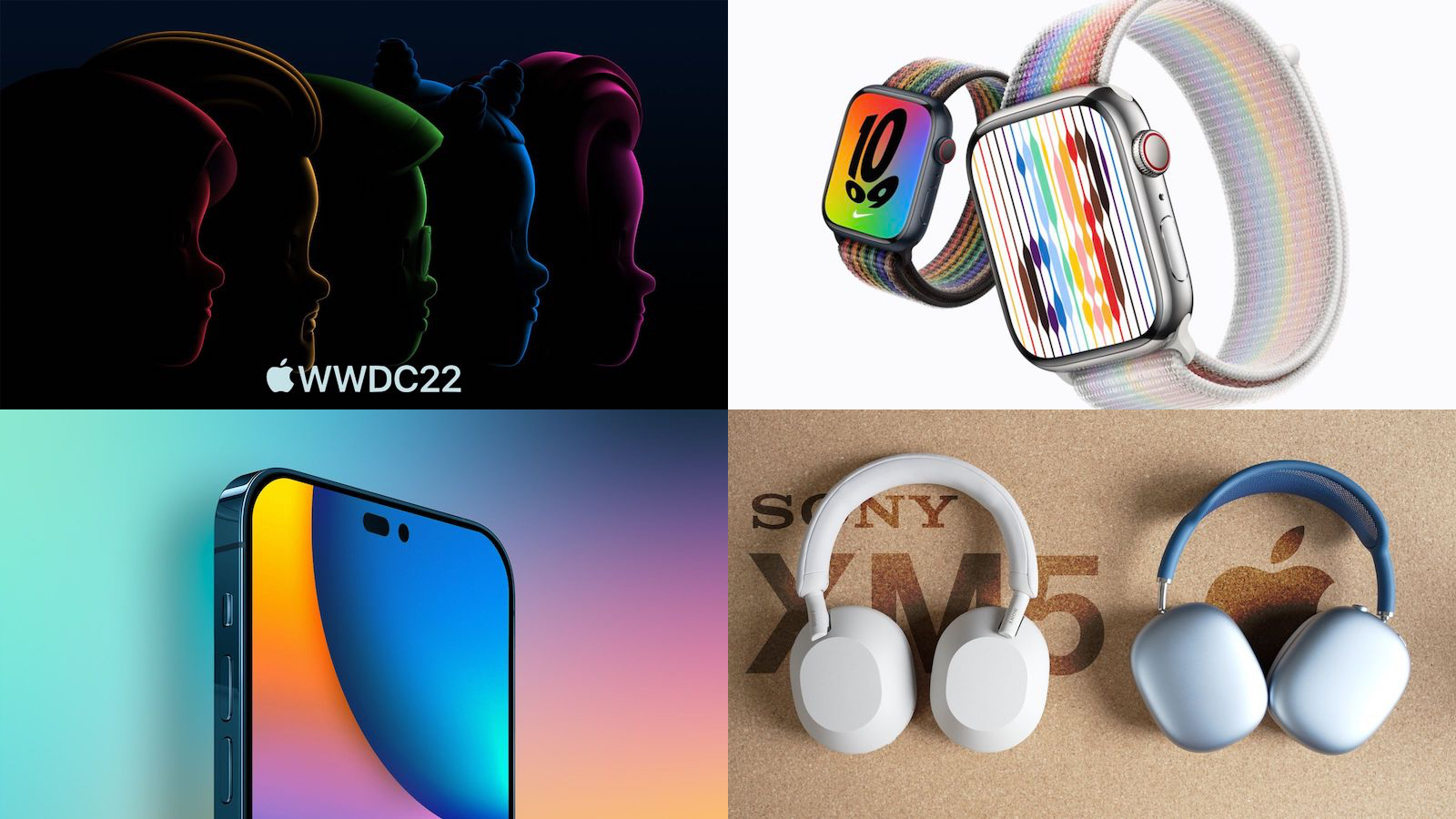 It’s Memorial Day weekend in the United States, and that means WWDC is right around the corner and anticipation is building for what we might see at the opening keynote. Software updates are a given, but will we see any new hardware?

Other news this week included the annual release of new Pride-themed Apple Watch bands, iPhone 14 Pro rumors, and Sony’s latest headphones that compete against the AirPods Max, so read for all of the details!

One of the most exciting times of the year for Apple fans is fast approaching, with WWDC now under two weeks away.

Apple this week shared a schedule for WWDC, which will kick off with the keynote on Monday, June 6 at 10 a.m. Pacific Time. At the weeklong developer conference, Apple is expected to preview its latest software, including iOS 16, iPadOS 16, macOS 13, watchOS 9, and tvOS 16.

WWDC will be an online affair again this year, but some lucky developers were randomly selected to attend a special day at Apple Park on June 6 for a tour and to watch the keynote video in person.

In celebration of Pride month this June, and in support of the LGBTQ+ community and equality, Apple this week released new Pride Edition versions of the Sport Loop and Nike Sport Loop for $49 each.

Display industry consultant Ross Young this week shared his expectation that the ProMotion displays used in the iPhone 14 Pro and iPhone 14 Pro Max will be capable of dropping to a refresh rate as low as 1Hz. This upgrade could pave the way for an always-on display and/or longer battery life.

The Apple Watch has featured an always-on display since the Series 5 was released in 2019, allowing for the clock and other on-screen elements to be viewed at any time.

Speaking of the iPhone 14 Pro, leaker Jon Prosser and graphic designer Ian Zelbo have shared some brand-new renderings of what the iPhone 14 Pro is expected to look like, reflecting a number of design changes rumored for the device.

In addition to the much-discussed shift from a notch to a “hole and pill” design for the front camera and Face ID, the renderings include a larger camera array that will necessitate a change of the corner radii of the entire device for a slightly rounder appearance.

Sony last week came out with an updated version of its popular over-ear noise canceling headphones, so we picked up a pair to compare them to the AirPods Max to see which headphones are better.

Sony’s new “WH-1000XM5” headphones are priced at $399 in the United States, while the AirPods Max retail for $549. Watch our video for a comparison of the headphones to see which is a better value and check out our complete review of Sony’s latest cans.