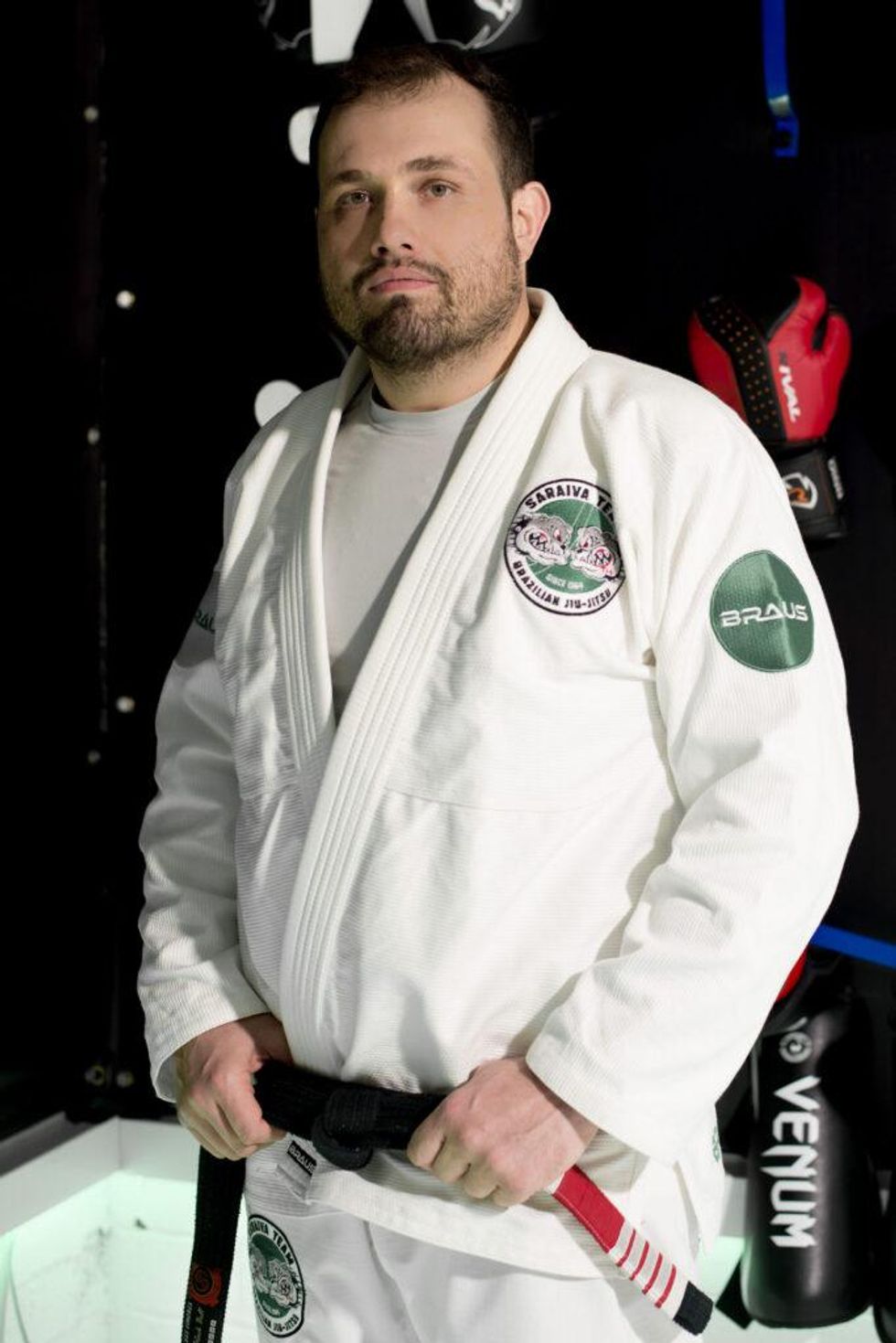 “The most important thing for me is the kids. That’s what I believe will grow jiu-jitsu.”

Henrique Saraiva doesn’t hesitate when answering a question about the future of BJJ, and his reply is backed up with a lot of thought. For him, the answer to what will grow our sport and how its future will be shaped starts with the children.

“It’s the future of Brazilian jiu-jitsu, and even more so when people see how good it impacts [the kids]. It sets good examples; it educates them and builds their confidence.”

It’s easy to see why Henrique Saraiva feels this way when you get a glimpse into his past. Starting jiu-jitsu in 1988 at age 4, he had a strong foundation from a very early age. His father Orlando Saraiva, now a red belt under Carlson Gracie, ran a gym in Sao Paulo where Henrique was able to train. He began teaching in 2000.

In 2015, Henrique Saraiva decided to move to Dublin, Ireland, where he had a friend who could put him up. Originally planning to stay for just three months to improve his English, he’s still there.

Looking back and comparing things then to things now, another big change Henrique Saraiva notes is the advent of the internet. “Whenever my father needed to learn new techniques, he had to travel to Rio to learn them,” he says. “The internet has made everything easier. Now everyone can train and learn.

“It also changed a lot after IBJJF. It started to be a lot more professional, competitions all around the world, and it’s still growing today.”

Henrique Saraiva is no stranger to competition. His accomplishments include being the Sao Paulo Estate champion 11 times, being the Brazilian champion seven times, placing third at the Pan-Ams in 2000 and second in 2001, and placing third at the World Jiu-Jitsu Championships in 2001 and again in 2003. He also was the Jiu-Jitsu World Cup champion in 2004 and the Dublin Open champion in 2015.

He is currently the highest-graded and most-decorated jiu-jitsu practitioner in Ireland and has had the opportunity to train with some of the best. “Braulio Estima, Cyborg, Andre Galvao — I used to compete with all of them. Robert Drysdale was also a teammate. The most brutal fight was probably Galvao.”

How Jiu-Jitsu and Grappling Are Growing

These days in Ireland, though, while the scene might not be the same, it’s certainly growing. “[When I came to Ireland], the level wasn’t so high,” Henrique Saraiva says. “We had more MMA gyms than jiu-jitsu gyms. Not much competition or not that many, and the level wasn’t so good. Not bad, just not so good. Then when Conor [McGregor] beat Aldo, everything changed.

“People start looking for something to train, but in general, people don’t want to get punched in the face. Everyone can train jiu-jitsu — it doesn’t matter if you’re 5 or 50. After that, the country grew and grew.

“Jiu-jitsu is now very popular here. There are a few high-level guys competing not just in Ireland but at the Europeans, the World’s, too.”

As the sport has grown, so too have the gyms, and with it, the number of people jiu-jitsu is impacting. It’s no secret that jiu-jitsu can positively impact everyone, not just because of the fitness element but also through life lessons and friendships that can last a lifetime.

“Self-confidence — that’s something that’s very important and something jiu-jitsu can improve in people’s lives,” Henrique Saraiva says. “It also helps you make decisions. You make a decision, you get it wrong and you’re going to have to pay the price. You can’t hide from that. But that’s what makes you stronger. Even when you fail, [at least] you made a decision.

“In general, people who struggle with decisions struggle with life, with their job, family, relationships. In a fight, it’s the same. We pay the price, but you make a decision, and that helps you. You live by that decision.”

And that positive impact is for everyone, especially the children.

“Also, they don’t have to train to be a champion, but I would suggest that all parents have their kids compete. They might lose, but that’s OK. It’s important to experience that. They might cry, but they’re learning. Also, they train every day and enjoy it, but lost one day and cry, so they’ll be OK. It’s more the parents that need to understand.

“But either way, we can’t lose the basic concepts of jiu-jitsu. That’s the most important thing for me.”

Henrique Saraiva is undoubtedly an amazing competitor, coach and BJJ representative, especially for the BJJ scene in Ireland. If you would like to go to his gym, check him out on Facebook.