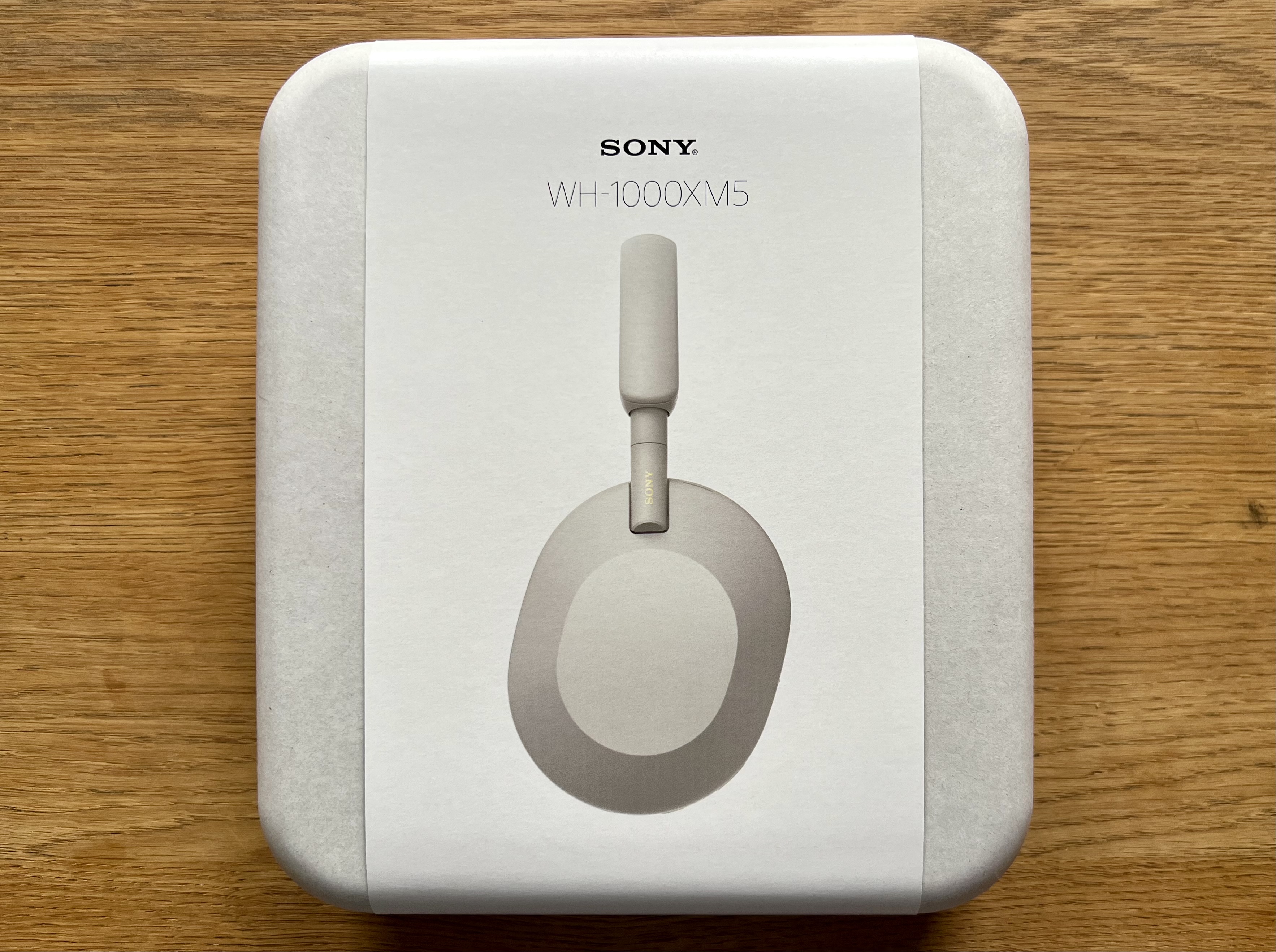 Sony this week launched the updated version of its premium flagship noise-canceling headphones. If your only interest is how the $400 WH-1000XM5 from Sony stack up against Apple’s $549 AirPods Max, be sure to check out our direct comparison. The following is a standalone review of Sony’s latest headphones.

Since they launched in August 2020, Sony’s WH-1000XM4 headphones have been among the best cans on the over-ear noise-canceling market, which is probably why Sony has chosen to keep them in its lineup despite the release of this latest iteration. You can still buy the XM4’s for $349, while the XM5’s retail for $399. But does paying the extra $50 get you a better listening experience? The short answer is yes, but the performance gains are less than groundbreaking, and any decision to upgrade is likely to be dictated by the overhauled design.

While the XM5’s still come in black or silver (off-white) color options, Sony has overhauled the look and feel of its flagship WH-1000 series headphones. Where XM4’s have shrouded arms that cradle the ear cups on both sides, the XM5’s have exposed arms with a single stem attached to the cups, which are slightly wider and more padded than on the previous generation.

Elsewhere, Sony has moved the microphone holes closer to the wearer’s head with the aim of lowering wind noise when out and about. The headband has also been made a little thinner, and these changes make for a cleaner style that’s vaguely reminiscent of Bose’s 700. The headphones’ weight hasn’t gone down much (250 grams versus the XM4’s 254 grams) but Sony’s cans are still far lighter than Apple’s ‌AirPods Max‌ (384 grams).

Overall the XM5’s look more plasticky than their predecessors, but they do feel more robust in the hand. This could be due to the fact that there are fewer pivot points and therefore fewer potential points of weakness, but either way the differences instill confidence when adjusting the cups, and they do feel exceedingly comfortable even after wearing them for several hours straight.

One glaring consequence of the redesign is that the headphones don’t fold like they do on the XM4’s, which has forced Sony to come up with a larger, less portable carry case. Without overblowing the difference in size, it has to be said that this feels like a downgrade, especially when you’re used to stowing your XM4’s in a small compartment and not the main section of your bag. Regardless of how many people intend to keep these headphones at home, there’s no getting away from the fact that noise-canceling cans are made for travel/commuting, as Sony’s marketing indeed suggests.

In terms of sonics, Sony has switched out the 40mm drivers of the XM4’s and replaced them with 30mm drivers. The difference is hard to notice, and you have to give over your full attention to tell them apart, but the low bass frequencies on the XM5’s sound more fleshed out, while the mid-range remains wonderfully balanced, the highs still sparkle on instrumental tracks, and the whole experience retains that spacious, detailed soundstage that XM4 owners will be familiar with.

As before, the headphones use LDAC to deliver the high-resolution audio, given the correct source device, while SBC, aptX/aptX HD, and AAC codecs are all supported, as is DSEE Extreme upscaling for compressed audio. Sony’s 360 Reality Audio spatial sound effect is also on board, and the effect is clear and enveloping, for those who like that sort of thing. Purists also have the option of plugging in the supplied cable into the 3.5mm jack.

As for noise canceling, Sony has kept with the same QN1 processor that it uses in the XM4’s, which means you still have the full repertoire of adaptive NC options at your fingertips. Fire up the Sony Headphones Connect app and you can manually drag a slider that changes the degree of noise-cancelation, allowing you to select maximum isolation, wind noise reduction, or choose from among 20 levels of varying ambient attenuation.

It’s great for finding your ideal NC range while you’re stationary, but you can also switch to adaptive sound control when you’re on the move and the built-in QN1 processor will do just as good a job, automatically adjusting its corresponding inverted frequencies to block out whatever environmental sounds come your way.

What’s more, Sony has increased the number of microphones to eight (four more than the previous model) and moved them into what Sony says is a more optimal position to attenuate high-frequency noises, and they’d be right. Low-frequency sounds like jet engines and traffic melt away just like before, but the XM5’s are better at cutting out background chatter in a busy coffee shop or on a commute.

There’s also reduced ambient noise on voice calls, which are decent enough for over-ear headphones. I didn’t have a pair of ‌AirPods Max‌ on hand to directly compare the XM5’s NC chops, but the Transparency mode on AirPods Pro is a little better than Sony has managed. Otherwise, these noise-canceling cans are definitely up there with the best of them.

One thing that’s missing from the XM5’s that the previous model had is the optimize button, which handled the personal NC optimizer feature that samples ambient noise and cancels out a wider range of sounds with corresponding inverted frequencies. Enabling the feature on the XM4’s makes the headphone speakers emit a series of tones that bounce back and forth between the mics to analyze the shape of your head, work out whether you have big hair, wear glasses, and so on. Sony says this is now all done automatically and in the background, and I can’t say I missed its manually enabled incarnation.

When it comes to battery life, Sony impresses by eking out the same 30 hours of wireless battery life with ANC on that the XM4’s do, and 40 hours with ANC off (10 more than the previous model). In addition, Sony has upped the ante in the Power Delivery stakes, and you can now get three hours of playback from just three minutes on the supplied USB-C charger. The XM5’s also support multipoint, so you can connect to two devices at once, but as with the XM4’s you can’t use the feature and LDAC at the same time for some reason.

Like previous cans in the WH-1000X range, the two buttons on the left ear cup control power and noise-canceling/ambient sound features. As before, the power button can be quickly pressed for a battery level update, and a long press activates the pairing sequence. The right ear cup has a touch-sensitive back that responds to taps and swipes to control music playback, skip tracks, change volume, and invoke your preferred virtual assistant. Like most modern headphone gesture pads, it can also be used to take calls.

Sony didn’t have to redesign the XM5’s, but the fact is these headphones look more in keeping with the current zeitgeist – slick, slimline cans that look stylish while retaining the audio performance that Sony’s flagship headphones have become famous for. Overall, the design overhaul is a positive, but if you’re a frequent traveler, the added bulk that comes with not being foldable might be enough to put you off.

If you already have a pair of XM4’s, the difference between them and the XM5’s isn’t enough to necessitate an upgrade (I for one am satisfied with mine). However, Sony has built on the previous model’s success without too much compromise, and if you’re in the market for a solid pair of high-performance noise-canceling headphones with sonics to match, I can only recommend them.

The Sony WH-1000XM5 headphones are available to order today from the Sony website and on Amazon for $399.

Note: Sony provided MacRumors with the WH-1000XM5 headphones for the purpose of this review. No other compensation was received. MacRumors is an affiliate partner with Amazon. When you click a link and make a purchase, we may receive a small payment, which helps us keep the site running.

This article, “Review: Sony’s WH-1000XM5 Headphones Don’t Fold, But Do Sound Better Than Ever” first appeared on MacRumors.com