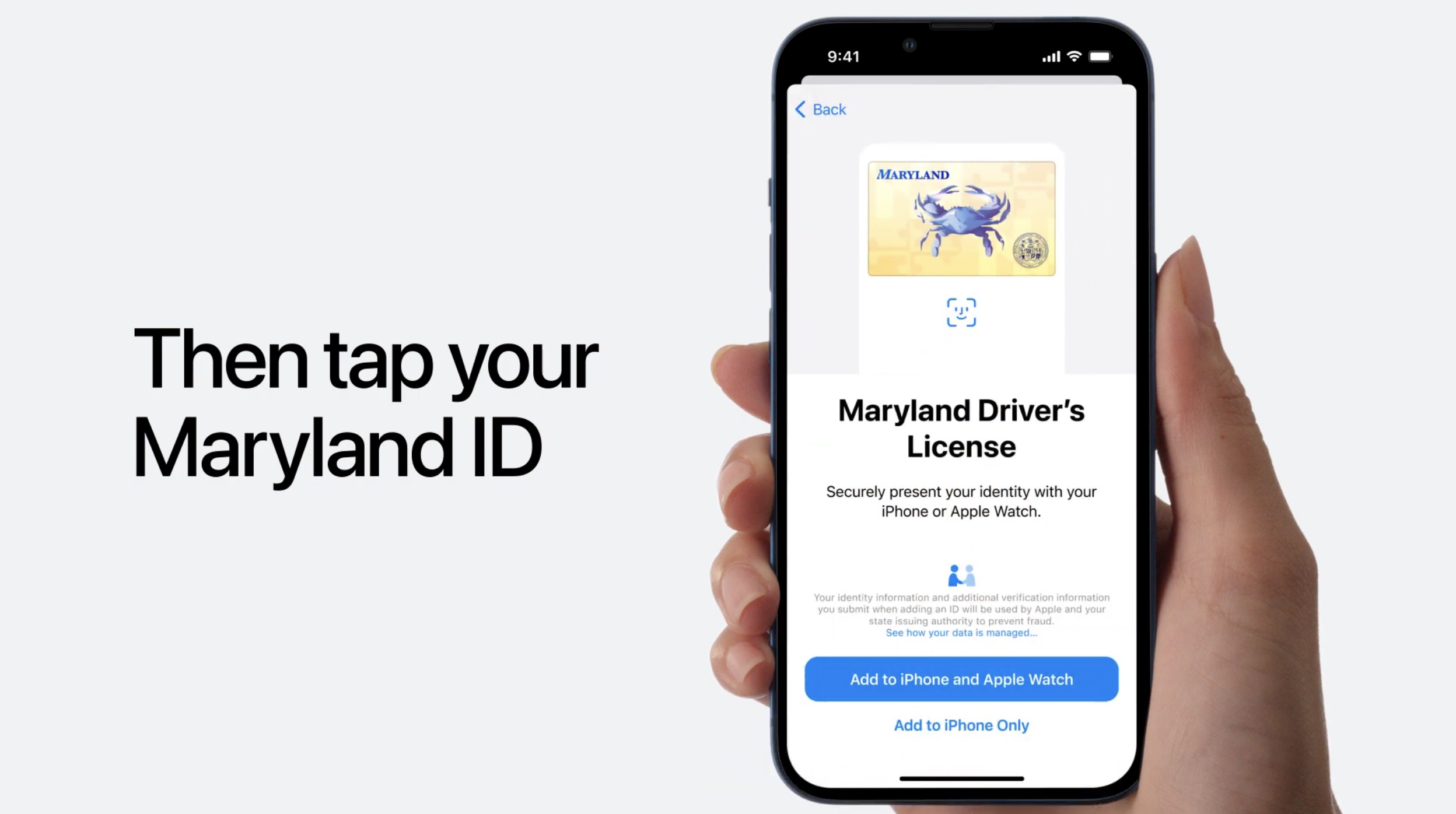 Maryland residents can now add their driver’s license or state ID to the Wallet app on the iPhone and Apple Watch, providing a convenient and contactless way to display proof of identity or age. The feature first launched in Arizona back in March.

When the feature launched in Arizona, Apple said additional U.S. states would offer driver’s licenses and state IDs in the Wallet app soon, including Colorado, Hawaii, Mississippi, and Ohio, as well as the territory of Puerto Rico. Apple also previously announced that Georgia, Connecticut, Iowa, Kentucky, Oklahoma, and Utah planned to offer the feature to residents, but it is unclear when each state plans to roll out the functionality.

To add an ID to the iPhone, Maryland residents can tap the “+” button in the top-right corner of the Wallet app and follow the on-screen instructions.

For now, IDs in the Wallet app can only be presented at select TSA checkpoints at select U.S. airports, with Apple advising travelers to check TSA checkpoint signage to confirm availability. Maryland’s Motor Vehicle Administration said residents must continue to carry their physical driver’s license or ID card with them, and noted that law enforcement will not accept Maryland driver’s licenses or IDs in the Wallet app at this time.

After a driver’s license or ID has been added to the Wallet app, users can simply tap their iPhone or Apple Watch on an identity reader at a TSA checkpoint, without taking out their physical card. Users will see a prompt on their device displaying the specific information being requested by the TSA, and only after authorizing with Face ID or Touch ID is the requested identity information released from their device, according to Apple.

Users do not need to unlock, show, or hand over their device to a TSA officer to present their mobile driver’s license or ID, according to Apple.

Apple said the feature is designed with privacy and security in mind. When adding an ID to the Wallet app, users are required to take a photo of their face, which will be securely provided to the issuing state for verification. Users are also prompted to complete a series of facial and head movements during the setup process.