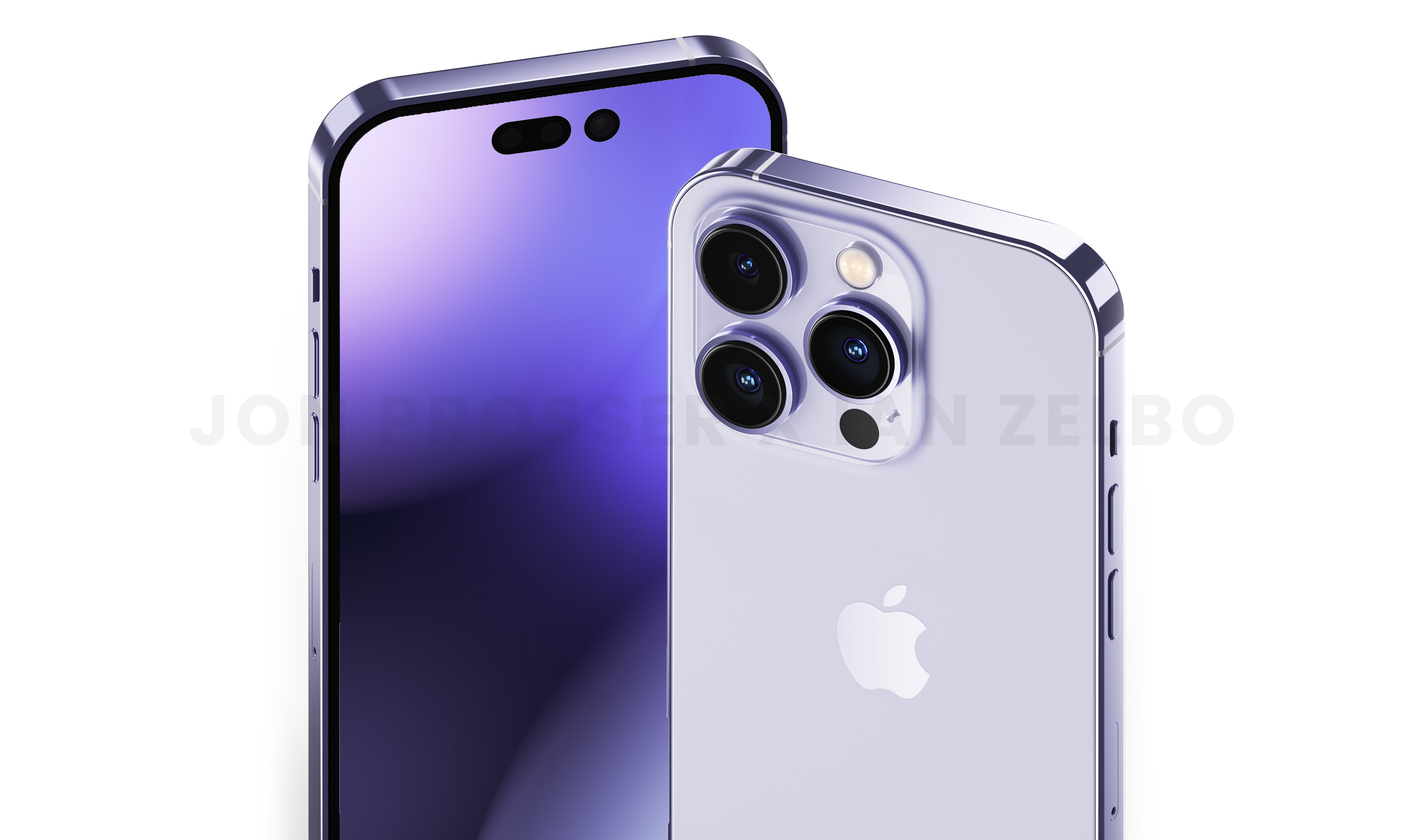 Leaker Jon Prosser today shared ostensibly accurate renders of the iPhone 14 Pro, providing the most accurate look yet at what the device could look like when it launches later this year.

The front of the ‌iPhone 14 Pro‌ is believed to feature a centered pill-shaped and circular True Depth camera array in place of the notch and slimmer bezels around the display, resulting in a significantly different look for the front of the device. There is also said to be slightly larger display that partially adds to the device’s height.

The most striking change at the back of the device is a substantially larger rear camera array, which contains a new 48MP camera system with a 57 percent larger sensor and 8K video recording capability. The larger camera plateau is naturally more noticeable on the 6.1-inch ‌iPhone 14 Pro‌ than it is on the 6.7-inch ‌iPhone 14 Pro‌ Max.

It seems plausible that with another increase in size this year, the incongruence between the curves of the camera plateau, lenses, and corners of the stainless steel frame itself became too severe on the ‌iPhone 14 Pro‌, leading Apple to amend the design. The new, larger corner radii still do not exactly match the rounded corners of the rear camera array plateau, but are significantly closer. This correction bears noticeable changes on the front of the device.

The renders also focus on the iPhone 14 lineup’s rumored purple color, with Prosser corroborating a previous report that claimed the ‌iPhone 14‌ will headline with a “unique” purple color option. There are also depictions of the expected Graphite, Silver, and Gold color options for the “Pro” models.