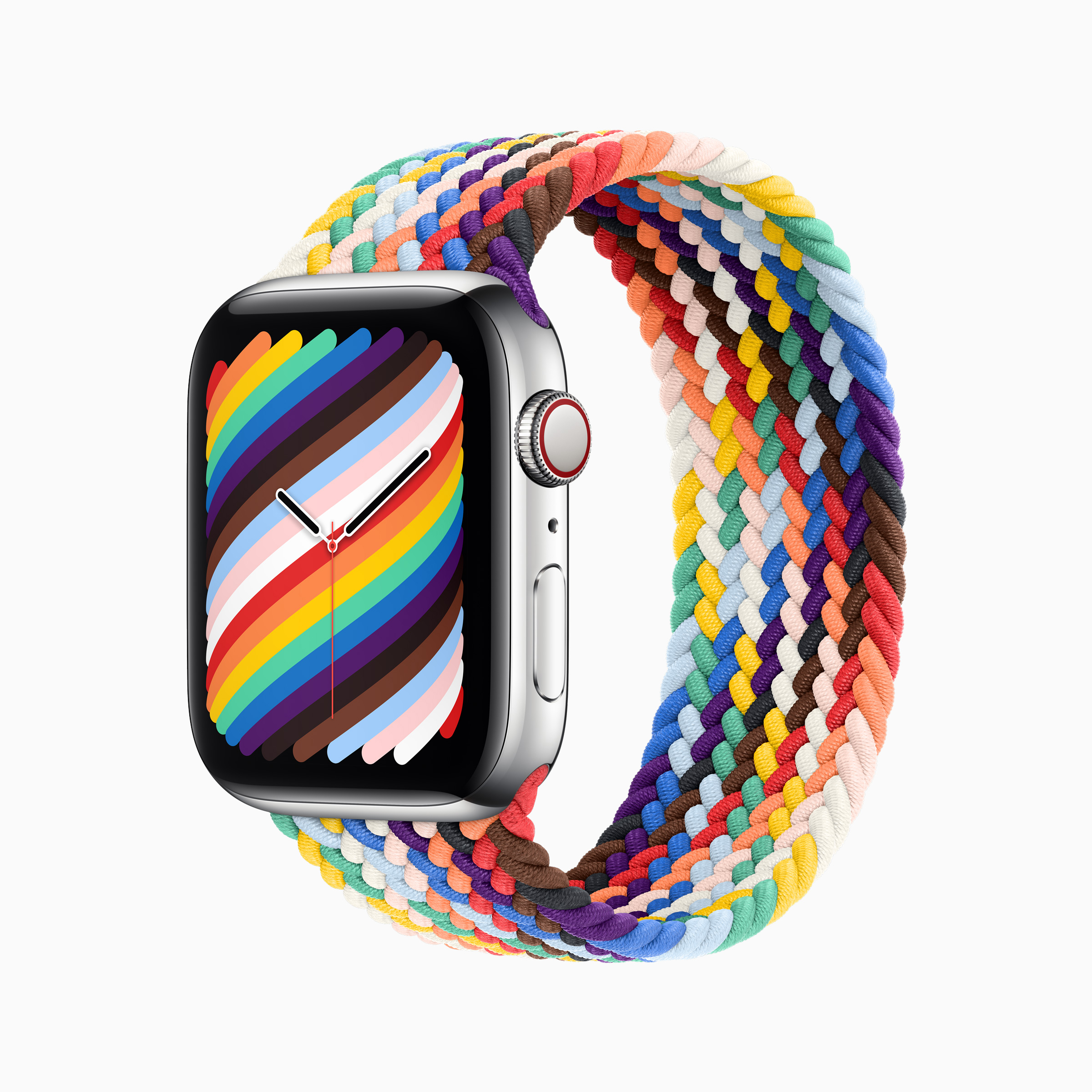 Apple will soon announce the launch of a new “Pride” edition of the Apple Watch Series 7, along with a selection of new bands to celebrate Pride Month, based on information shared by Bloomberg journalist Mark Gurman.

Over the last four years, Apple has debuted new Apple Watch Pride bands in the month of May, and last year on May 25 the company launched a “Pride Edition” Braided Solo Loop and Nike Sport Loop Apple Watch band, alongside a new Pride watch face.

This year, however, Apple could add something new to the mix by unveiling an actual “Pride version” of its latest Apple Watch alongside the new bands, assuming Gurman’s choice of words is accurate.

According to the journalist’s sources, updated marketing materials have already been sent to Apple’s retail stores including images of the new Pride edition Apple Watch, and they’ll be followed by new Pride bands, although they are set to arrive later this week.

In the meantime, Apple’s existing Pride variants of its Braided Solo Loop and Nike Sport Loop can still be found exclusively on Apple’s online store.

This article, “Apple to Launch Apple Watch ‘Pride’ Edition and New Bands as Soon as This Week” first appeared on MacRumors.com