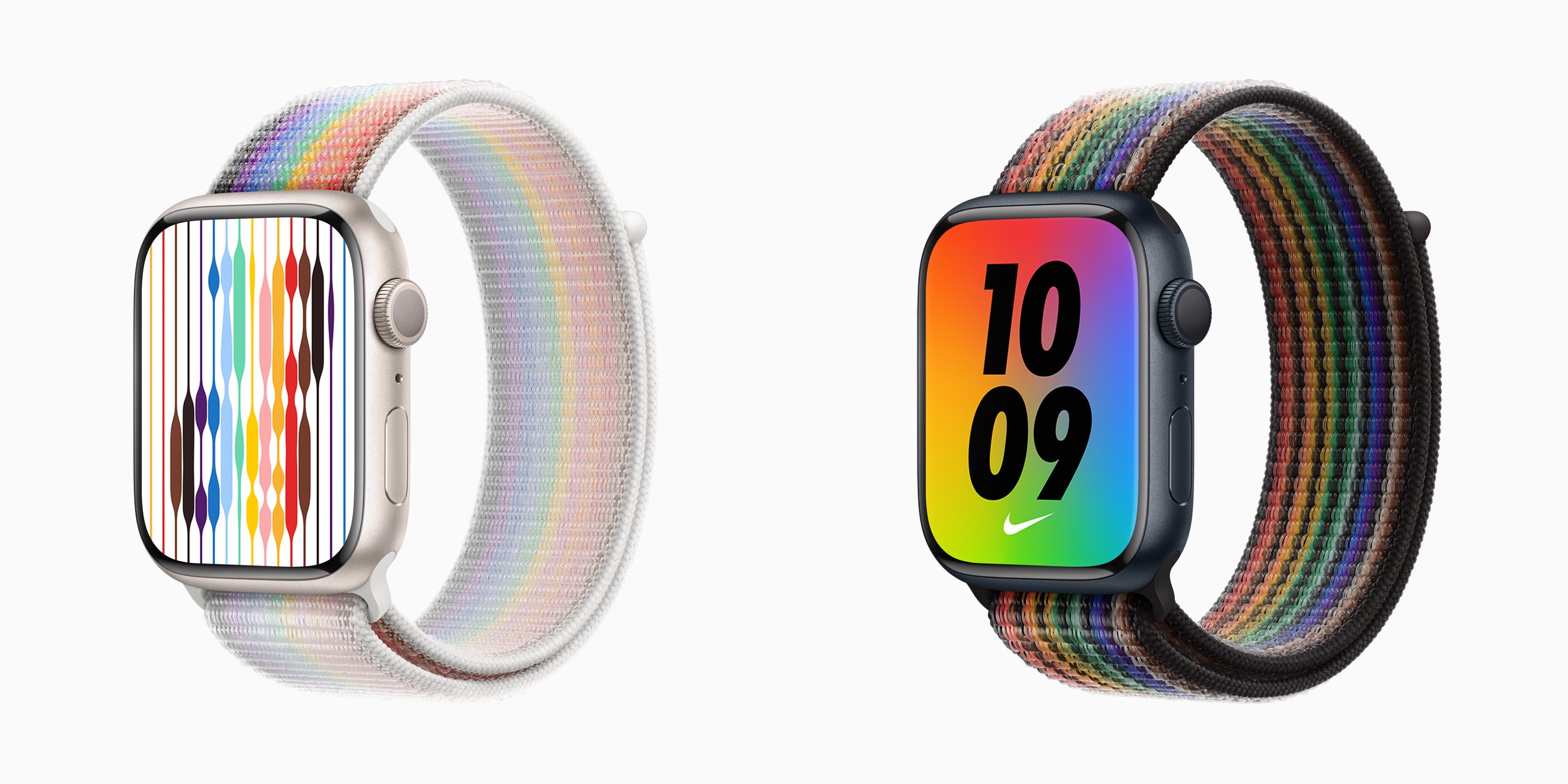 A new Pride watch face is also available today for the Apple Watch Series 4 or later running watchOS 8.6, and iPhone 6s or later running iOS 15.5. Inspired by multiple pride flags, Apple said this new watch face “combines colors to represent the strength and mutual support of the LGBTQ+ movement.” The watch face’s colorful threads move as the Digital Crown on Apple Watch is rotated, the display is tapped, or the wearer’s wrist is raised.

Apple is also launching a new “Shot on iPhone” campaign on Instagram that “captures the essence of artists and figures within the global LGBTQ+ community.”