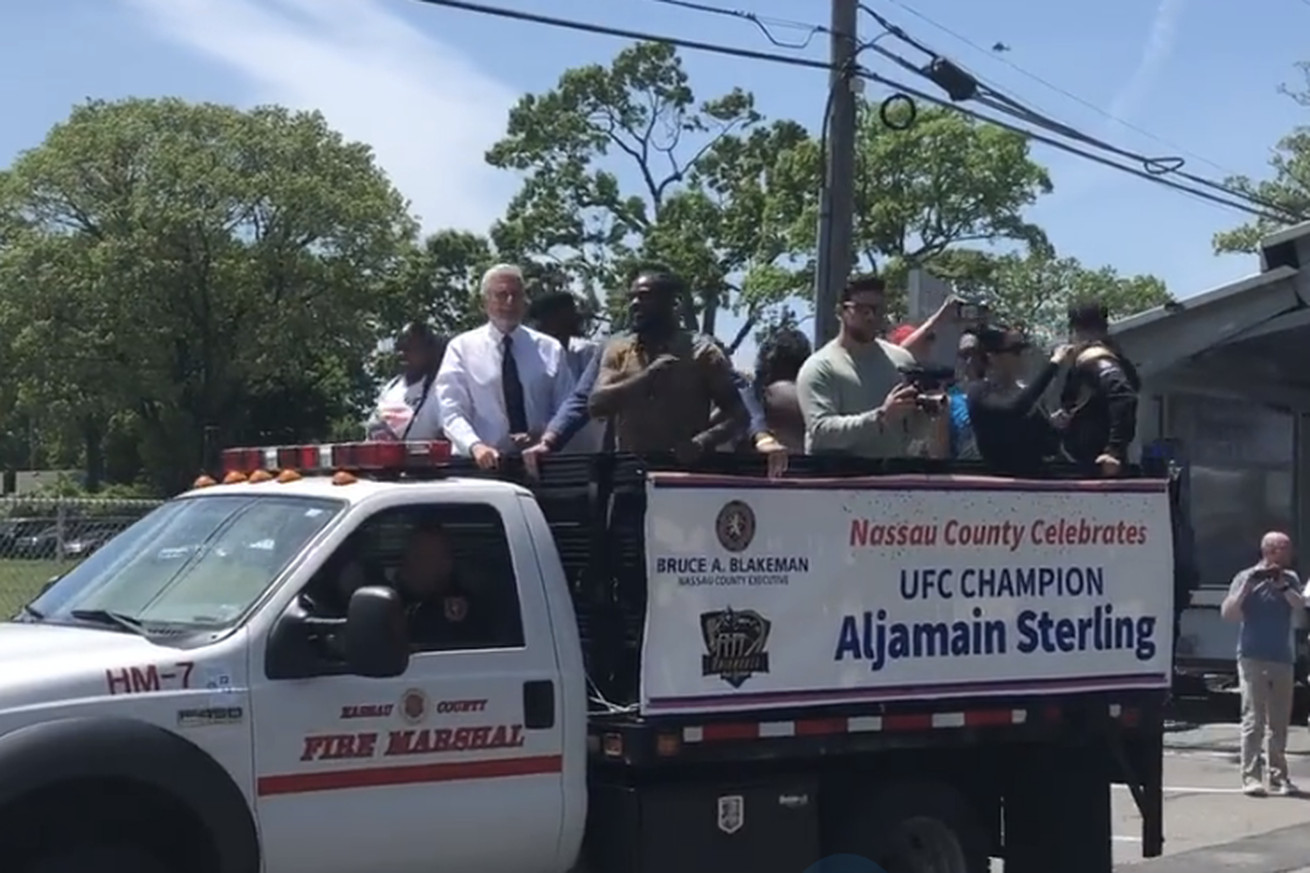 Sterling, an alum of Uniondale High, rode atop a Nassau County fire marshal truck and waved to onlookers with a full brass band in support. Veteran MMA reporter Mark LaMonica captured the parade in a video, which can be seen above. Sterling also documented his ride through town on his Instagram account.

Flyers advised fans to “come out and show their support for new UFC champion Aljamain Sterling,” who took the belt from Petr Yan via disqualification at UFC 259 and defeated him via unanimous decision in a rematch at UFC 273.

Sterling is taking time off after a long buildup to the rematch, which was delayed by neck surgery and then postponed due a Yan injury. He is next expected to take on ex-champ T.J. Dillashaw, whom he called out in his post-fight interview.