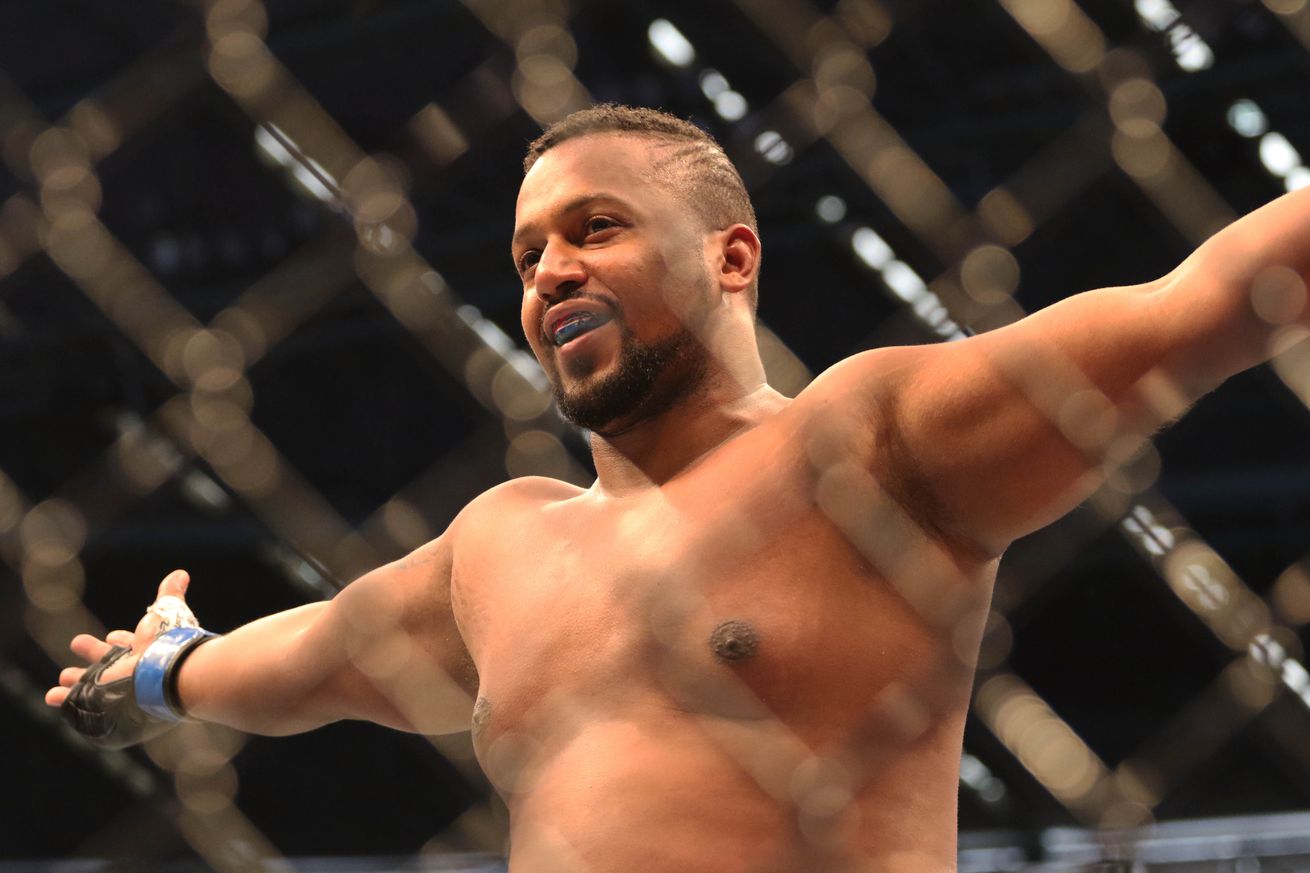 Yorgan de Castro is out to make a statement on Friday in the main event of Eagle FC 47.

Unbeaten in two fights since leaving the UFC in 2021, de Castro faces former UFC heavyweight champion Junior dos Santos in a three-round bout — and he’s looking to add a huge name to his list of victims in the sport.

Speaking on a recent episode of MMA Fighting podcast Trocação Franca, de Castro said he trained with Jon Jones for two weeks and was advised by the former UFC champion to wrestle and grapple with “Cigano,” even if his dream scenario would be to stop dos Santos in his own game.

“I wanted to brawl it out, but training with Jon Jones, he said I have good wrestling and ground game,” de Castro said. “Junior is a black belt in jiu-jitsu, you have to respect that, but Jon Jones said we have to mix it up. I’ll do everything. I have to be careful with Junior’s hands, that good boxing.

“I know I can go 15 minutes on the feet with Junior. I believe in my heavy hands and trust my kicks. We’ll feel it. If [dos Santos] texts me right now saying, ‘Negão, let’s trade hands,’ I’ll trade with him. In my head, I want to trade hands with him because he has knocked everybody out. Imagine beating Junior by KO.

“Junior is a legend and has fought every heavyweight on the planet. There’s no secret, he’s the man, but I think it’s my time. I’ll win this.”

Dos Santos will be making his first walk to a cage since parting ways with the UFC on a four-fight skid against the elite of the division, but de Castro still holds him up high in the GOAT discussion with his list of wins over former UFC titleholders Cain Velasquez, Frank Mir, Fabricio Werdum, Shane Carwin, and Stipe Miocic.

“I don’t think there’s a bigger name than Junior dos Santos,” de Castro said. “Junior dos Santos could stop fighting right now and he would leave as one of the best of all-time. He was in the UFC for more than 10 years, won and defended the UFC belt. He’s a legend. He’s not in his best moment right now, but I still think he’s top-5 best heavyweight of all-time.

“I respect and admire him a lot, but I have to leave that respect outside [the cage]. I admire him not only as a fighter, but also as a human being.”

De Castro made his MMA debut in 2014, years after “Cigano” claimed the UFC heavyweight championship, and admits it feels “surreal” to share a cage with him. The talent from Cape Verde admits he was so happy with the offer, he agreed to it even before his manager told him about the purse, which is his main goal in the sport going forward.

“I’m 35. I want money, I want big fights,” he said. “I’ve been in the UFC. Everybody needs the UFC. The UFC gives you that pedigree to go to other promotions and make more money. I’m making now more money [at Eagle FC] than what I made in four UFC fights. That’s why, for me, I’m fighting for money now.”