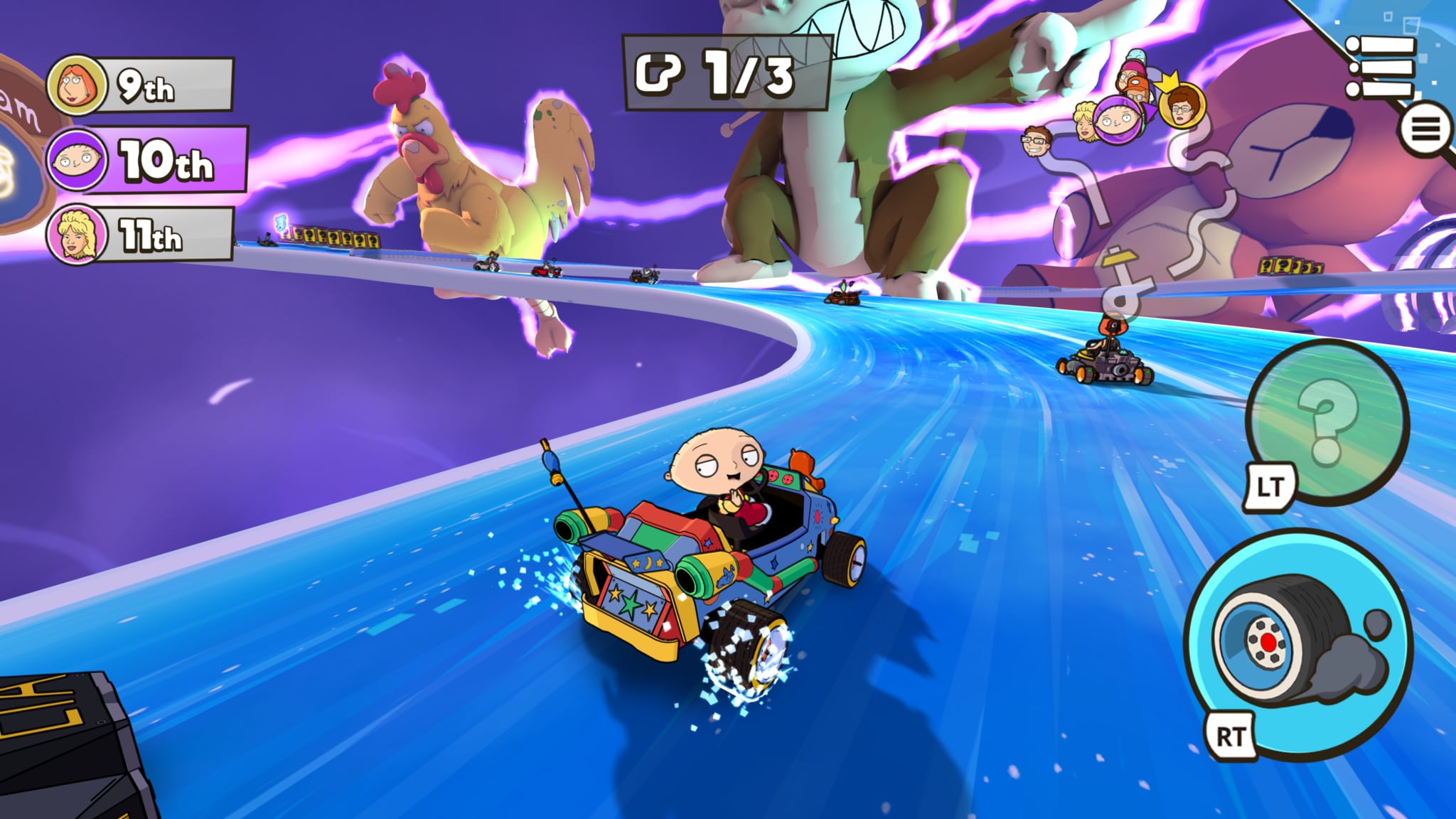 Warped Kart Racers, a kart racing game that supports up to eight players at a time, is now available on Apple Arcade. The game features popular characters from 20th Television animated shows, including Peter Griffin from “Family Guy,” Hank Hill from “King of the Hill,” Stan Smith from “American Dad” and Terry from “Solar Opposites.”

There are 20 TV characters to play in total in solo battles or races with friends. Races take place in iconic locations from the television shows, with 16 maps drawn from fan-favorite episodes.

In addition to playing multiplayer with friends, ‌Apple Arcade‌ users can also go through the extensive single player campaign to unlock new characters and levels.

Warped Kart Racers is the only new game on ‌Apple Arcade‌ this week, but there are new updates for existing games that include Disney Melee Mania, Temple Run: Puzzle Adventure, Simon’s Cat, Zen Pinball Party, and more.

‌‌Apple Arcade‌‌ is priced at $4.99 per month, and it includes more than 200 new and original gaming titles. All of the games are free to play with no additional in-app purchases or payments required. Up to six family members can share a single ‌‌Apple Arcade‌‌ subscription through Apple’s Family Sharing features.