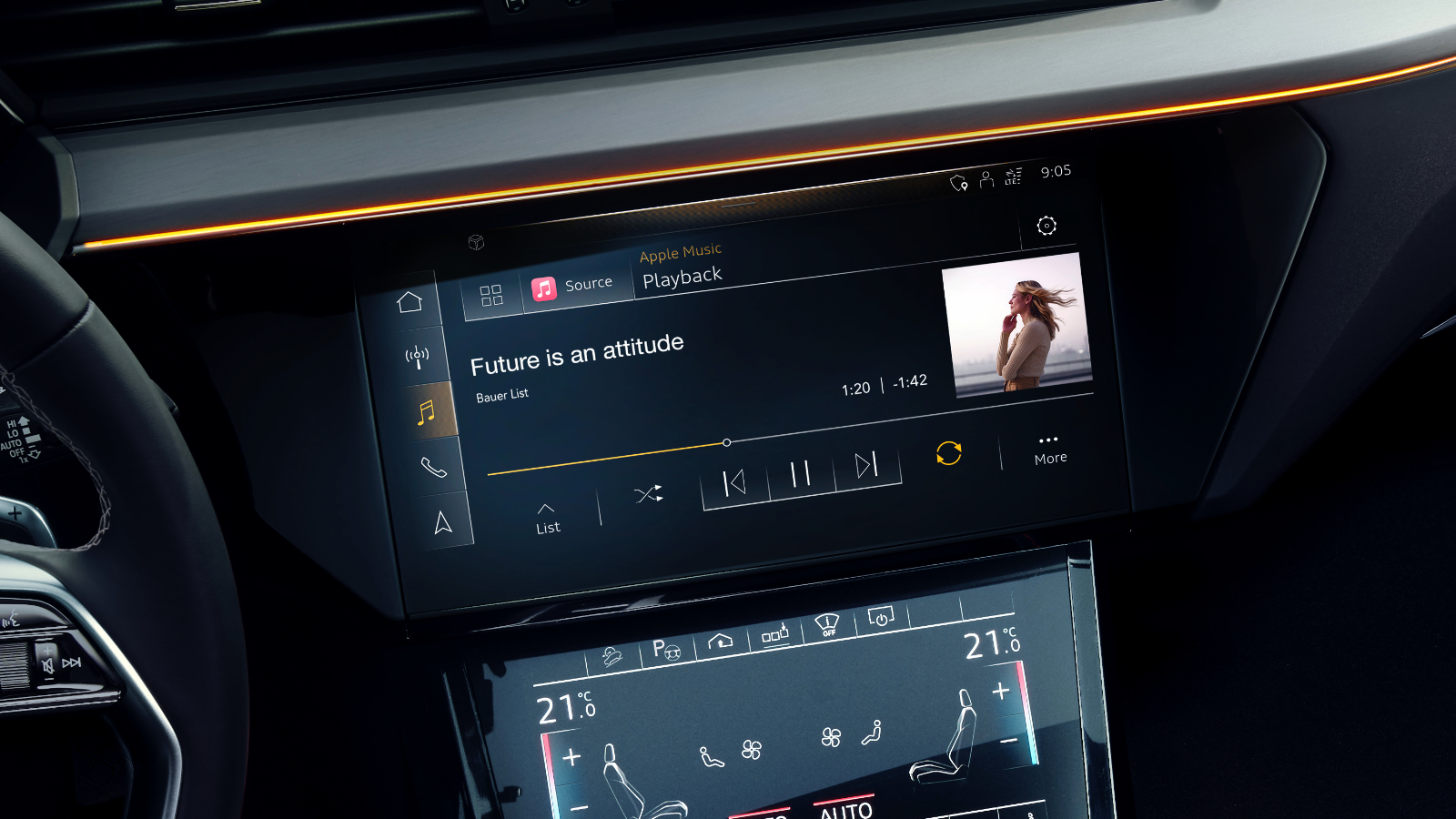 Audi today announced that Apple Music will be available directly in the infotainment systems of a large number of its vehicles via a software update.

‌Apple Music‌ integration will give Audi owners the ability to access their personal ‌Apple Music‌ library directly in their vehicle’s Multi-Media Interface (MMI) screen, leveraging the in-car data connection, with no need for Bluetooth, a wired connection, or Apple CarPlay.

To activate ‌Apple Music‌, users have to open the ‌Apple Music‌ app on the Audi infotainment system, follow the on-screen instructions to log in with their Apple ID, and enter a verification code sent to their phone. Christiane Zorn, Head of Product Marketing at Audi, said:Integrating Apple Music into the Audio infotainment system marks the next step in the collaboration between Audi and Apple. For our customers, it means that we are offering them direct access to their own personalized listening experience. This is our understanding of a premium digital in-car experience. At Audi we are systematically driving the digitalization of the vehicle and we are convinced that the interior is increasingly developing into a third living space.Available in Europe, North America, and Japan, ‌Apple Music‌ integration will be rolled out to “nearly all” existing 2022 model year Audi vehicles via an automatic over-the-air update, and will come in many new Audis as standard. Cellular data streaming costs are billed via a data package available from Cubic-Telekom in Europe and the first three gigabytes are free of charge.

Audi is not the first automaker to integrate ‌Apple Music‌ directly into its infotainment system, with Porsche first announcing the feature in 2019 before expanding to other services like Apple Podcasts. Similarly, Mercedes began to roll out Apple Music integration from summer last year.