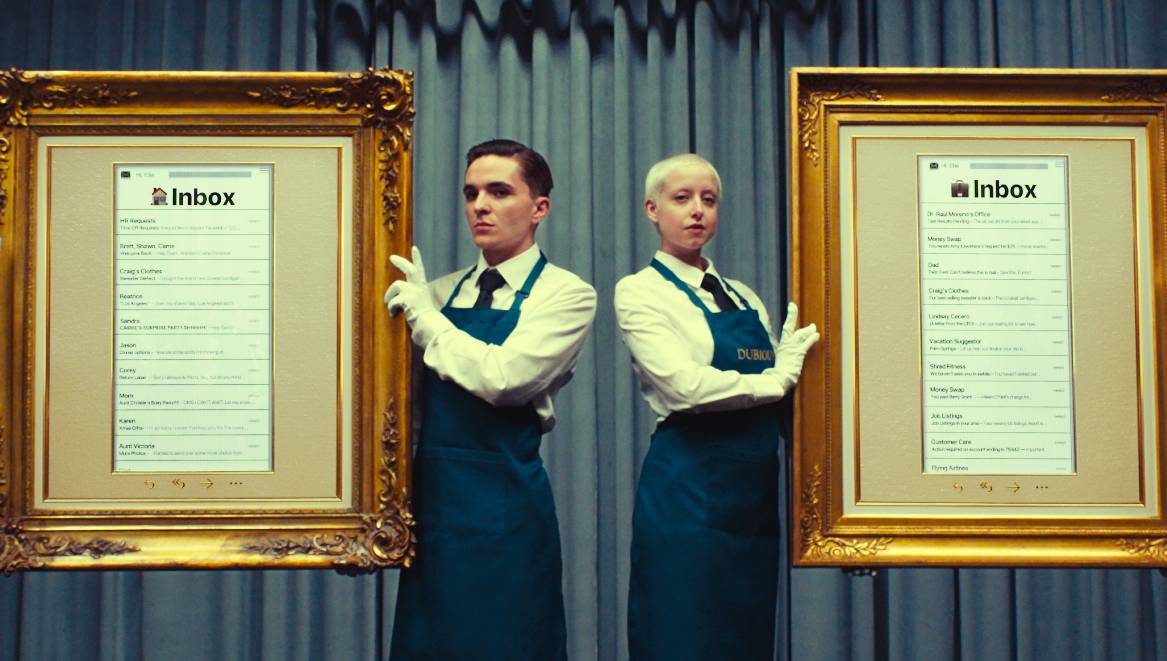 Apple today shared a new ad highlighting iPhone privacy features like App Tracking Transparency and Mail Privacy Protection that are designed to give users more transparency and control when it comes to their personal data being collected.

The ad revolves around a young woman named Ellie who discovers that her personal data is being sold at an auction house, with bids being placed on her iPhone’s emails, purchase history, location data, contacts, browsing history, and more. Upon realizing that her data is being sold, Ellie makes use of App Tracking Transparency and Mail Privacy Protection, at which point the auctioneer and bidders suddenly begin to vanish into thin air.

In a white paper last year, Apple said that the average mobile app has six embedded trackers from third-party companies for the “sole purpose of collecting and tracking people and their personal information,” fueling an industry valued at $227 billion per year. Apple’s message behind its new ad is that the iPhone allows users to limit this tracking.

App Tracking Transparency, for example, allows users to choose whether an app can track their activity across other companies’ apps and websites for the purposes of advertising or sharing information with data brokers. On devices running iOS 14.5, iPadOS 14.5, tvOS 14.5, or later, apps that wish to track a user based on their device’s unique advertising identifier can only do so if the user allows it when prompted.

In the Mail app, Mail Privacy Protection prevents email senders from learning information about a user’s email activity. When the feature is enabled, it hides the user’s IP address and prevents senders from seeing if the user opened their emails. The feature was introduced as part of iOS 15, iPadOS 15, macOS Monterey, and watchOS 8.

The ad comes as Apple has been advocating against regulations like the European Union’s proposed Digital Markets Act, which would require Apple to allow sideloading of apps on the iPhone outside of the App Store. In recent months, Apple’s CEO Tim Cook and software engineering chief Craig Federighi have both argued that sideloading would expose iPhone users to privacy and security risks.

Alongside the ad, Apple said it will be launching a billboard campaign in select U.S. cities with the slogan “Privacy. That’s iPhone.”