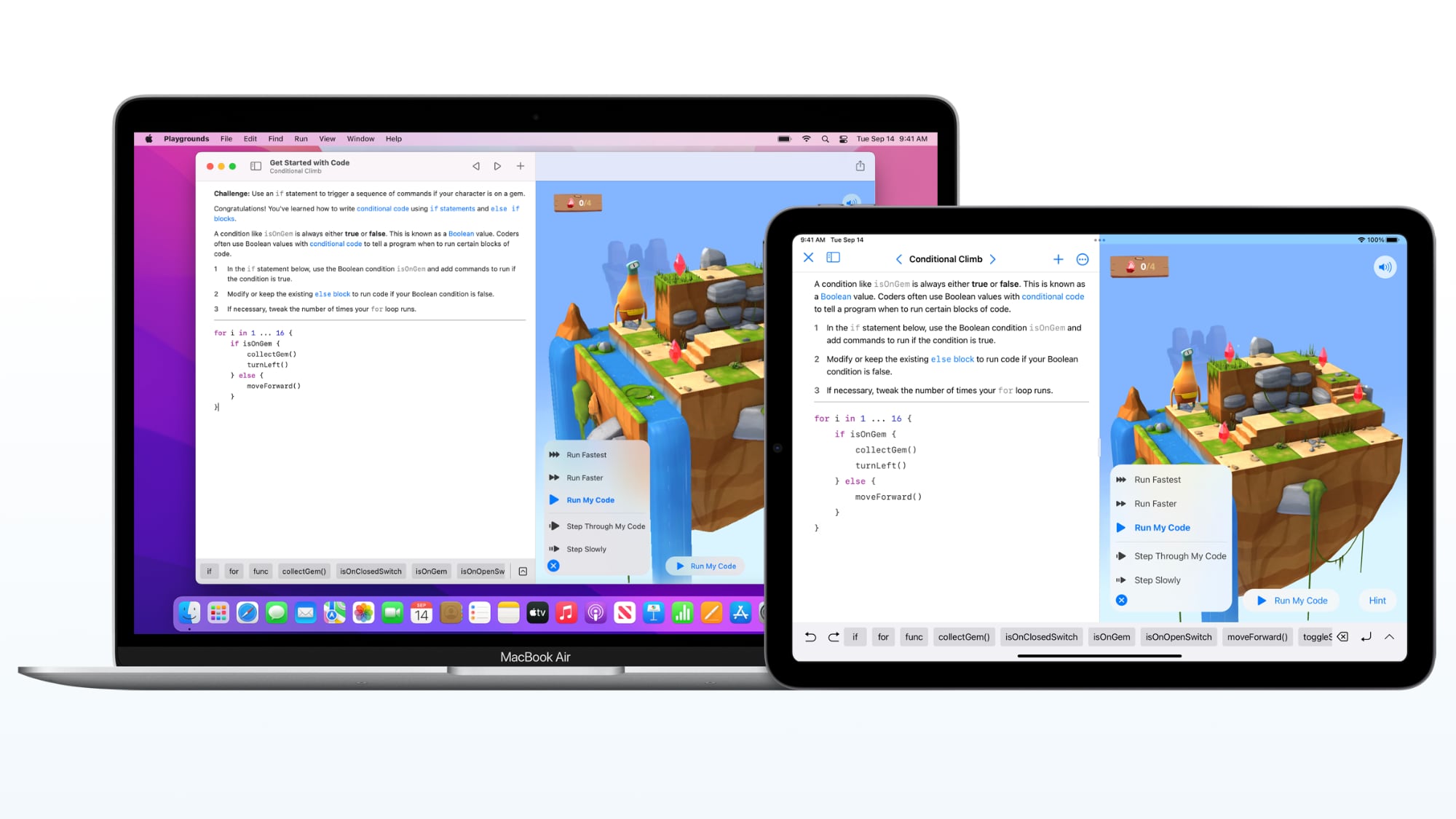 Following the launch of iOS 15.5 and macOS Monterey 12.4, Apple today released Swift Playgrounds 4.1, the latest version of the iPad and Mac app that is designed to teach users how to code and build apps.

On the Mac, Swift Playgrounds 4.1 adds a host of new features including support for building Mac apps with SwiftUI with macOS 12.4 or later, guided walkthroughs that teach SwiftUI app building basics, live updates in App Preview as changes are made, and App Store Connect integration for uploading finished apps to the ‌App Store‌.

– App Projects make it easy to move projects to Xcode and backThe iOS version of Swift Playgrounds 4.1 doesn’t add quite as many new features, but it does include a new “Keep Going with Apps” feature to help users better understand how data moves throughout SwiftUI apps. It also adds “Animating Shapes” to teach users how to create, modify, and animate shapes, plus it includes “Capturing Photos,” which offers an advanced look at creating a camera.