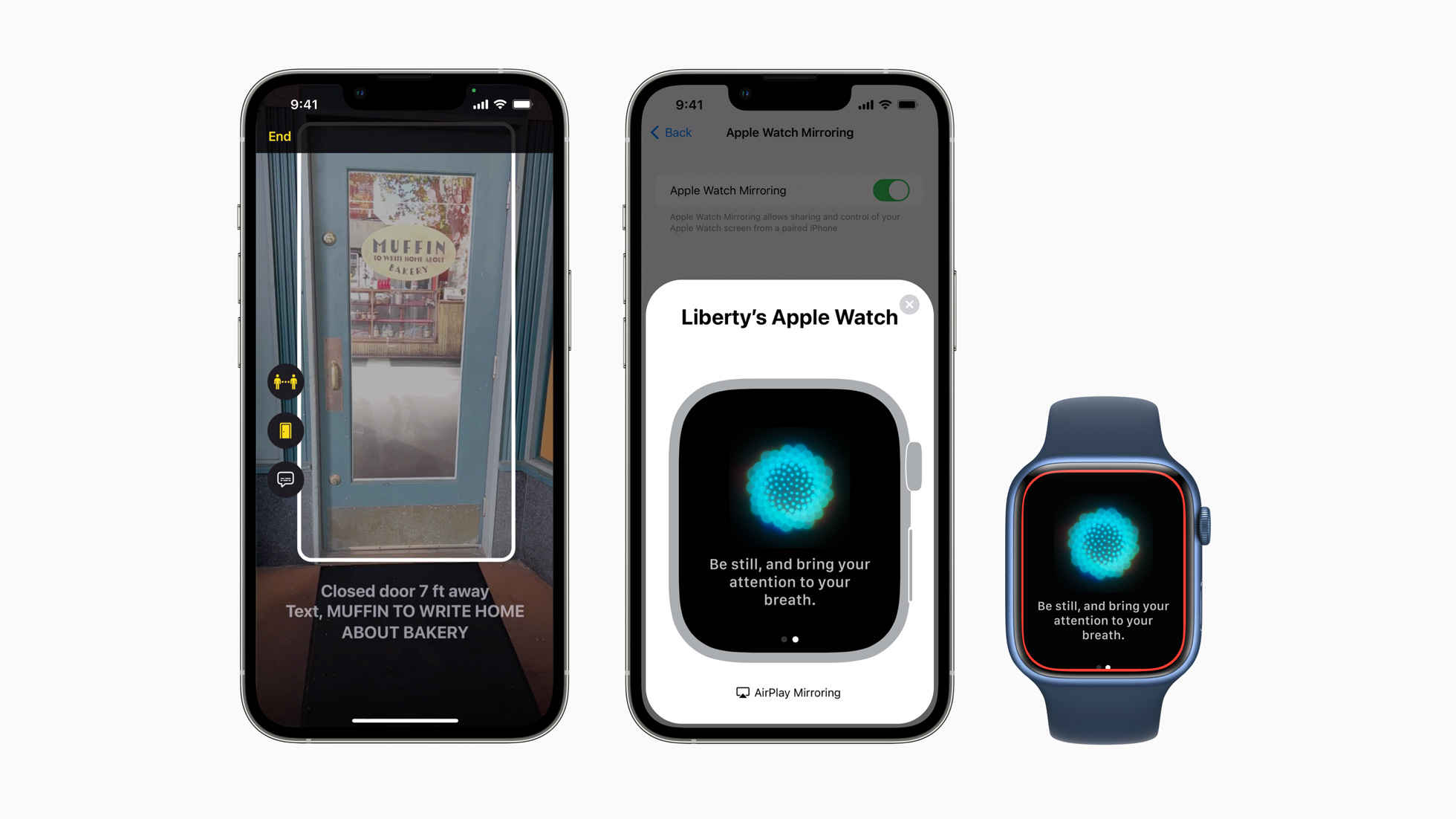 Door Detection will allow individuals who are blind or have low vision to use their iPhone or iPad to locate a door upon arriving at a new destination, understand how far they are from it, and describe the door’s attributes, including how it can be opened and any nearby signs or symbols. The feature will be part of a new “Detection Mode” in Magnifier, alongside People Detection and Image Descriptions. Door Detection will only be available on iPhones and iPads with a LiDAR scanner.

New Quick Actions on the Apple Watch will allow users to use a double-pinch gesture to answer or end a phone call, dismiss a notification, take a photo, play or pause media in the Now Playing app, and start, pause, or resume a workout.

Deaf users and those who are hard of hearing will be able to follow Live Captions across the ‌iPhone‌, ‌iPad‌, and Mac, providing a way for users to follow any audio content more easily, such as during a phone call or when watching video content. Users can adjust the font size, see Live Captions for all participants in a group FaceTime call, and type responses that are spoken aloud. English Live Captions will be available in beta on the iPhone 11 and later, ‌iPad‌ models with the A12 Bionic and later, and Macs with Apple silicon later this year.

Apple will expand support for VoiceOver, its screen reader for blind and low vision users, with 20 new languages and locales, including Bengali, Bulgarian, Catalan, Ukrainian, and Vietnamese. In addition, users will be able to select from dozens of new optimized voices across languages and a new Text Checker tool to find formatting issues in text.

There will also be Sound Recognition for unique home doorbells and appliances, adjustable response times for Siri, new themes and customization options in Apple Books, and sound and haptic feedback for VoiceOver users in Apple Maps to find the starting point for walking directions.