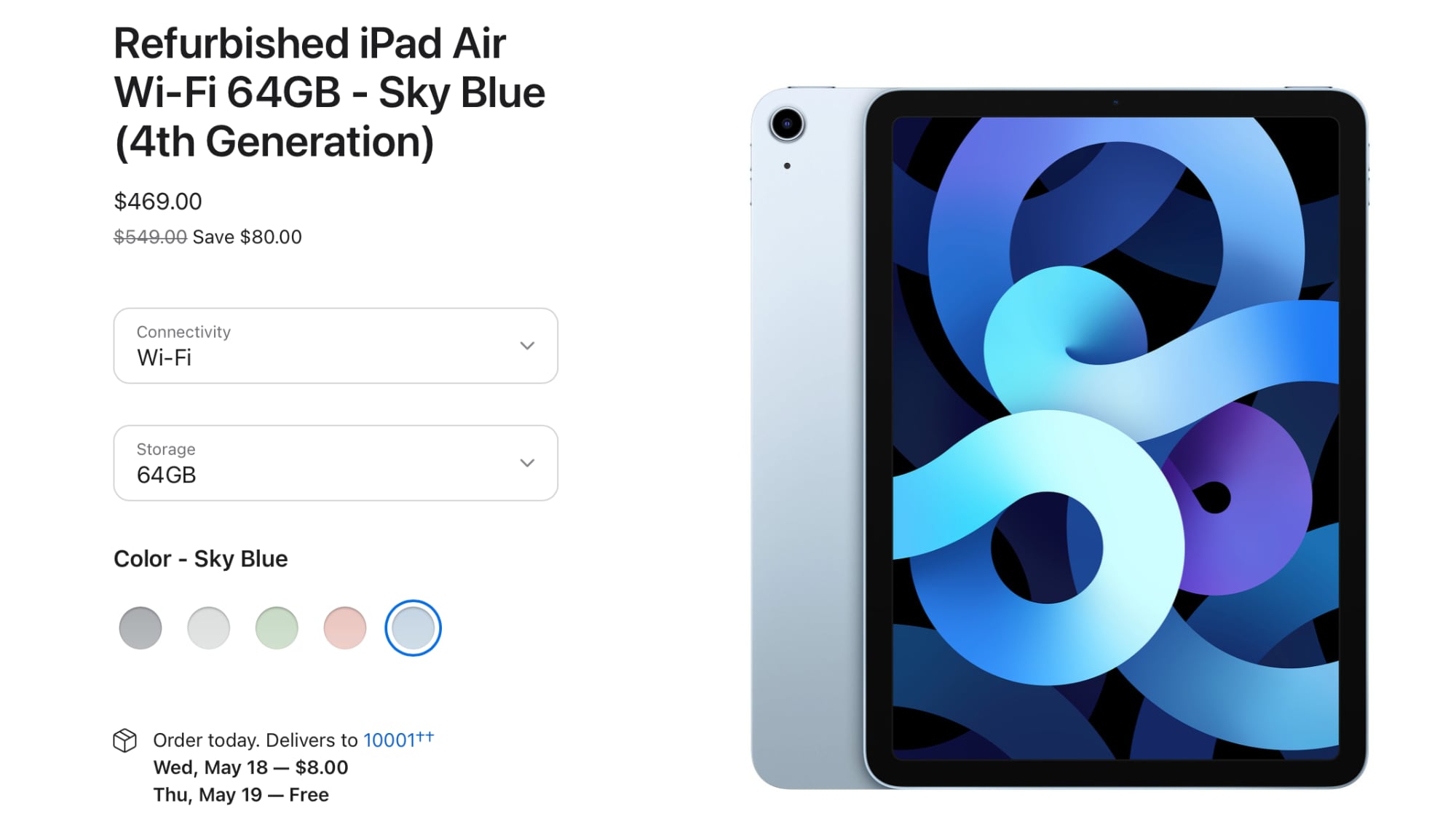 Apple today began selling refurbished versions of the fourth-generation iPad Air for the first time since the tablet was initially released in October 2020.

The fourth-generation iPad Air introduced an all-display design, an array of different colors for the body, and a Touch ID Home button. It featured an A14 chip, the same chip that was used in the iPhone 12 lineup.

Apple has several different ‌iPad Air‌ 4 models available for purchase in 64 and 256GB capacities. 64GB models are priced at $469, which Apple says is an $80 savings over the $549 standard price, and the 256GB models are priced at $599, a $100 savings. It’s worth noting that the ‌iPad Air‌ 4 was priced at $599 for the 64GB model and $729 for the 256GB version, so Apple is listing pricing that was not technically available. There are multiple color options for each capacity, including silver, sky blue, green, rose gold, and space gray, but stock is limited and will fluctuate.

Refurbished iPads are sold with the same one-year warranty that’s provided with a brand new device, along with all manuals and accessories. Refurbished devices go through a rigorous testing, repair, repackaging, and cleaning process that makes them nearly identical to new devices.