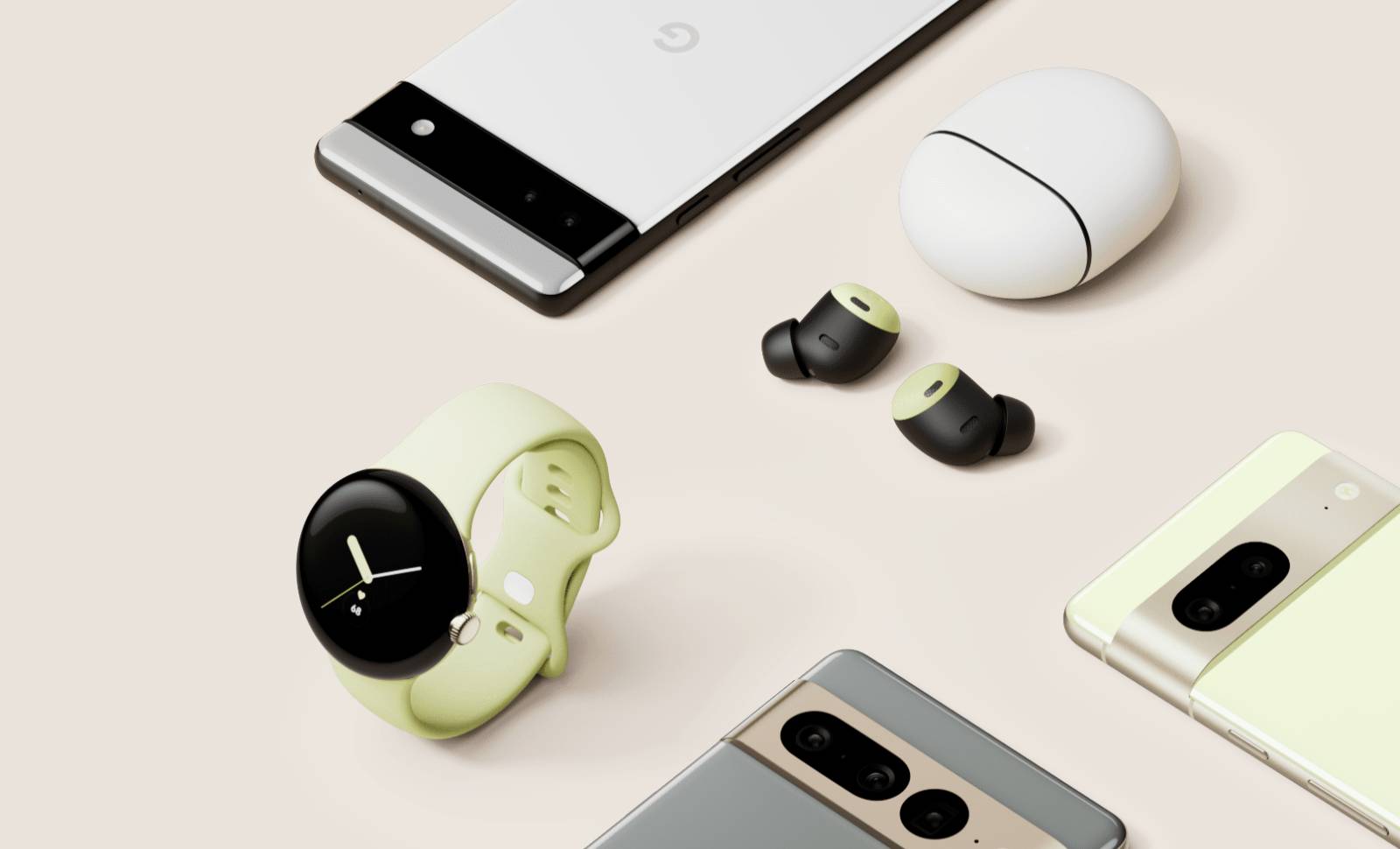 Google today kicked off its annual I/O developer conference at the Shoreline Amphitheatre in Mountain View, California, where it unveiled a wide range of new Pixel devices that are launching this summer and beyond. Ahead, we’ve summarized five highlights from the keynote to give Apple users a quick overview of the announcements.

Key takeaways from the Google I/O keynote:Google provided a sneak peek at the Pixel 7 and Pixel 7 Pro coming this fall. The smartphones will feature a slight redesign with the camera bar gaining an aluminum finish, and both devices will be powered by Google’s next-generation Tensor chip. The standard Pixel 7 will have a dual camera setup, while the Pixel 7 Pro will have a triple camera array. The devices will ship with Android 13.

Google also previewed the Pixel Watch, the first smartwatch that it fully built. Launching this fall, the Pixel Watch will feature a circular, domed design with a tactile crown, a side button, and customizable bands. The watch will be powered by an “improved” Wear OS interface with “more fluid” navigation, smart notifications, built-in Fitbit functionality for fitness tracking, Apple Pay-like tap-to-pay functionality, and more. Pixel Watch will require a smartphone running Android 8.0 or later, making it incompatible with the iPhone.

Google unveiled the Pixel 6a, a new mid-range smartphone priced from $449, which places it between the iPhone SE and the iPhone 11. Pixel 6a has the same Google Tensor chip and a similar design as the Pixel 6 and Pixel 6 Pro.

Android tablets have continuously failed to gain popularity compared to iPads, but Google is planning to reenter the tablet market once again with the Pixel Tablet, coming in 2023. The tablet will be powered by a Tensor chip.A replay of the Google I/O keynote is available on YouTube.