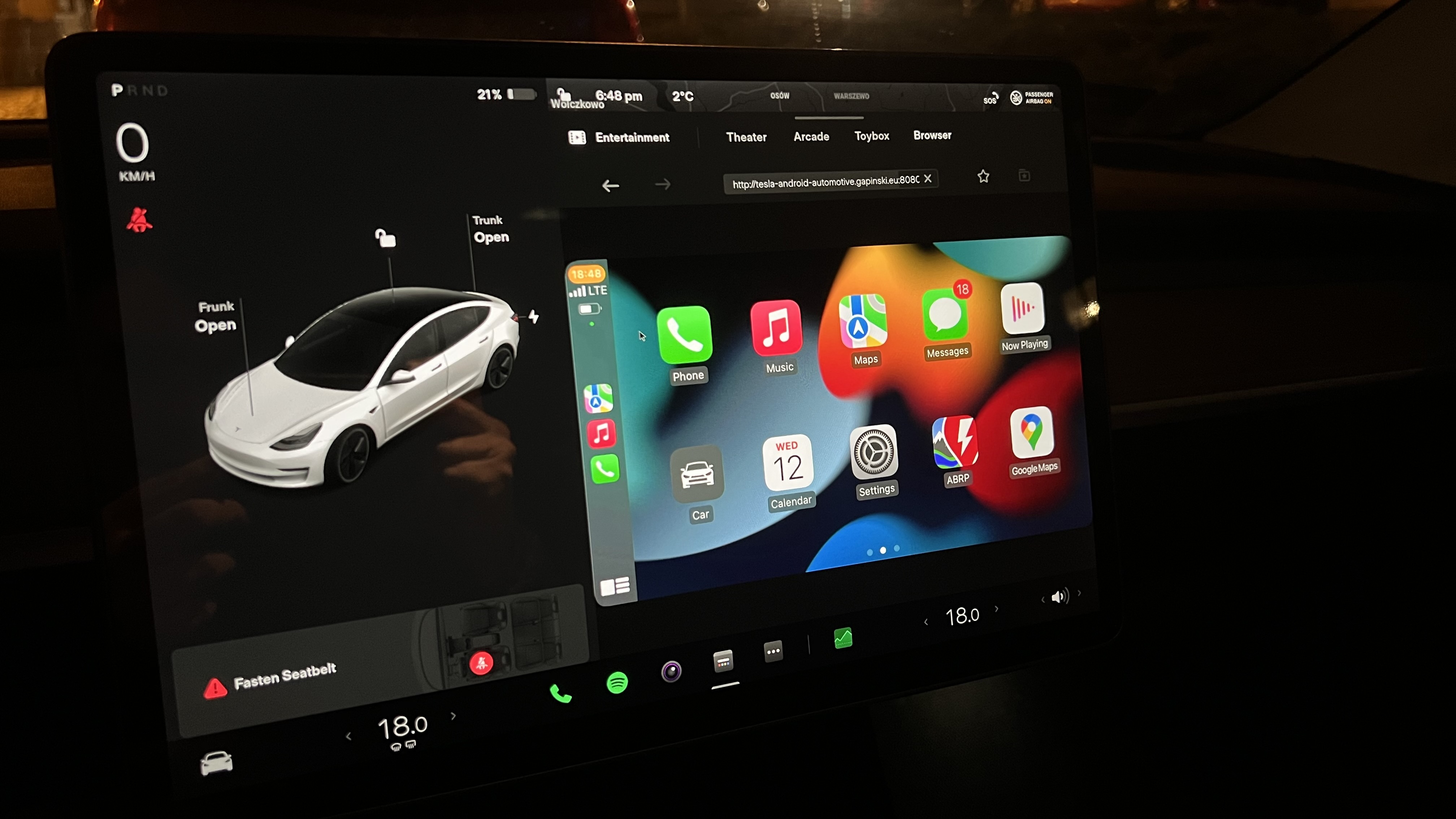 Apple CarPlay is now available for Tesla vehicles – but only for owners willing to resort to a workaround that uses a connected Raspberry Pi.

In the face of Tesla’s apparent indifference to repeated calls to bring ‌CarPlay‌ to its automobiles, Polish developer Michał Gapiński demoed his success in bringing Apple’s in-car system to his Tesla Model 3 earlier this year. As noted by Tesla North, after six months of work, Gapiński has now released the first publicly available alpha version of “Tesla Android” on Github for others to download and try.

The workaround involves using a Rasberry Pi with an LTE modem and a Wi-Fi access point, running a custom Android-based firmware, as well as a micro-HDMI to HDMI cable and Ethernet cable. As demonstrated in a YouTube video, the in-car browser is used to connect to the Rasberry Pi and display the ‌‌CarPlay‌‌ interface on the Tesla’s screen, where Apple apps including Maps and ‌Apple Music‌ function as expected. The system works while driving, and can also be controlled with the media buttons on the Tesla’s steering wheel.

Sources are available on https://t.co/UHhfaNq8Ow under GNU GPL v3.0

Please use the issue tracker for any install related questions!

Gapiński says the main objective of the latest alpha release was usability. “For the project to scale and become popular in the Tesla community it needs to provide a responsive Android experience. Otherwise, people won’t use it,” he says on his Tesla Android Project website.

“Right now the focus is starting to shift towards better integration and simplification,” continues Gapiński. “Dropping the two boards requirement will help in reducing both cost and entry barrier by reducing the install guide to something that can be done in a matter of minutes.”

Despite the preponderance of ‌CarPlay‌ on many other electric cars, Tesla does not offer official support. Hints in 2020 that Tesla was planning to support Apple Music never came to fruition, and Tesla CEO Elon Musk doesn’t seem to respond to requests on Twitter for the company to bring ‌CarPlay‌ to its vehicles, despite it being one of the most-requested features among Tesla owners.