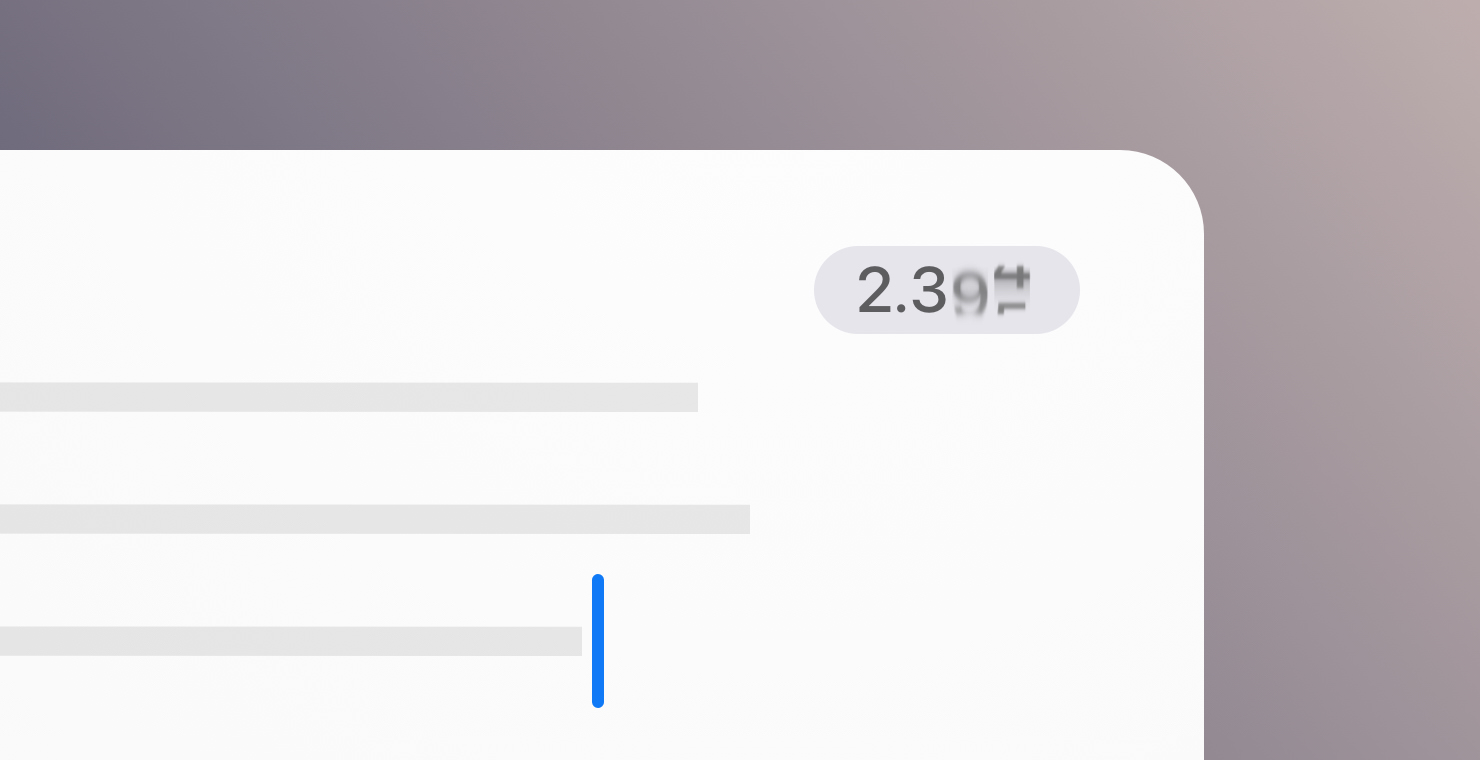 Ulysses today reached version 26, and this update brings a few more welcome feature additions and improvements to the popular writing app for Mac and iOS.

For almost as long as it’s existed, Ulysses has included a Dashboard sidebar that can be revealed to show, amongst other things, writing progress statistics for the current sheet in the editor, such as average reading time and character and word count.

However, the developers have recognized that sometimes it’s very useful to be able to have a particular stat permanently in view as you’re writing, without having to have the Dashboard open with its mine of information taking up valuable editing space. As such, in the latest version of Ulysses for Mac, a single stat can now be displayed right within the editor, in the top-right corner of the window.

Clicking on the new “Editor counter” allows users to select which statistic they want to see updated in real time as they write, with options for reading time and counters for words, characters, characters without spaces, sentences, average words per sentence, paragraphs, lines, and pages.

Elsewhere in version 26 for Mac and iOS, the developers have optimized the publishing flow by adding dedicated buttons for quick access to publishing and separating out the publishing preview. In addition, there’s added support for more blogs, and the setup process for WordPress accounts has been simplified using the modern REST API.

Ulysses can be downloaded for free on the App Store and the Mac App Store, with version 26 rolling out to existing users today. After a 14-day trial period, a subscription is required to unlock the app on all devices. A monthly subscription costs $5.99, while a yearly subscription is $49.99.

Students can use Ulysses at a discounted price of $10.99 per six months. The discount is granted from within the app. Ulysses is also included in Setapp, the subscription-based service for Mac applications created by MacPaw.