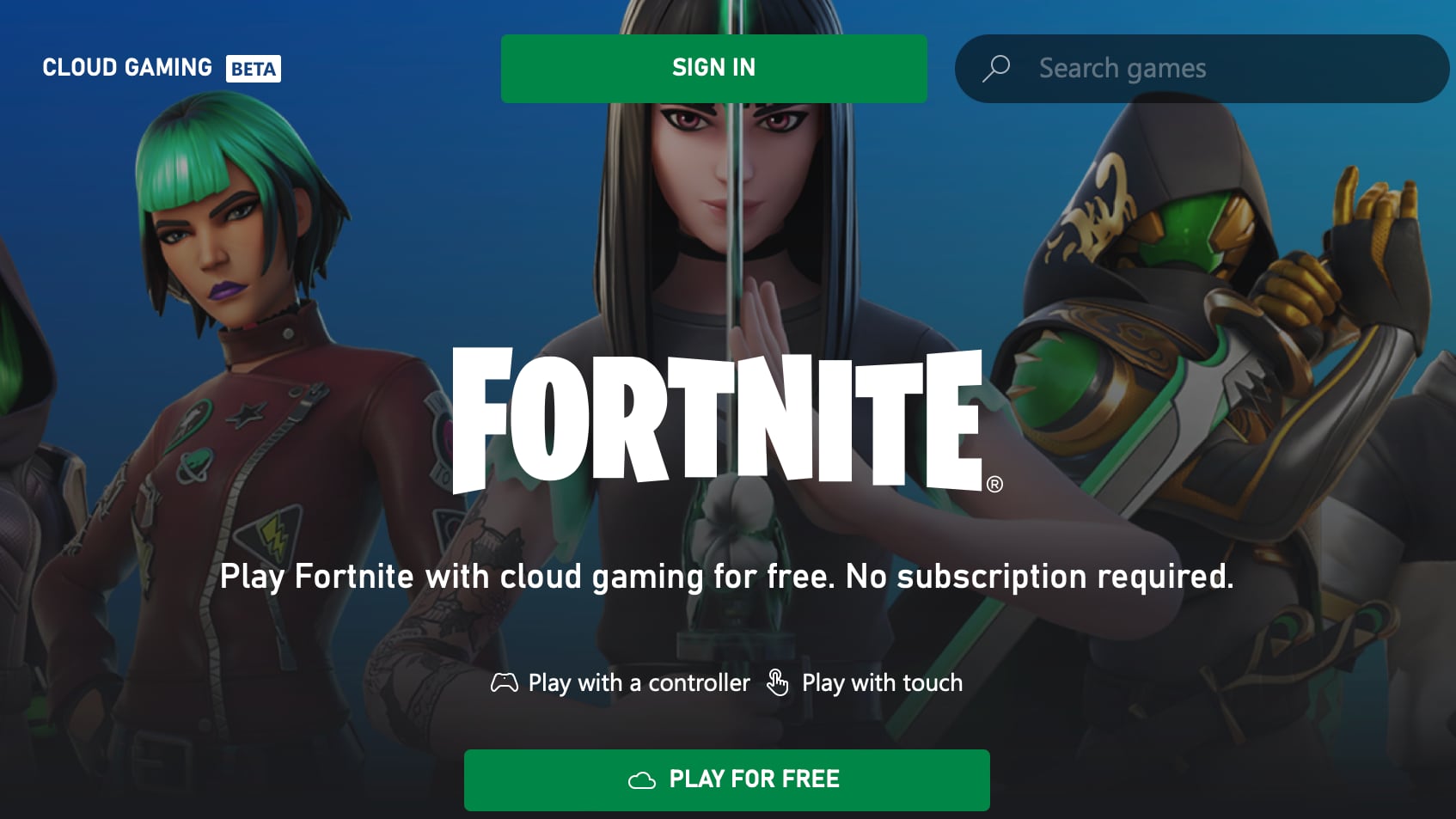 Microsoft today announced that Fortnite is available through its Xbox Cloud Gaming service, which means iPhone and iPad users can play Fortnite for free with just a Microsoft account.

Nothing needs to be installed since Xbox Cloud Gaming is browser-based over-the-air gaming, and there is no membership required because Fortnite is free. The game supports native touch controls or a connected controller.

With Fortnite available via Xbox Cloud Gaming, ‌iPhone‌ and ‌iPad‌ users who have not been able to play Fortnite on their mobile devices since the game was pulled from the App Store will once again be able to get access.

Cloud-based gaming service GeForce NOW has also been beta testing Fortnite support on iPhones and iPads, but Fortnite on GeForce NOW is only available in a closed beta. Fortnite through Xbox Cloud Gaming is available to anyone with a Microsoft account.

Apple has no plans to allow Fortnite back into the ‌App Store‌ while its legal battle with Epic Games is ongoing, so cloud-based gaming is the only way to access the popular battle royale game on iOS devices.

This article, “Fortnite Comes to iPhones and iPads Through Xbox Cloud Gaming” first appeared on MacRumors.com