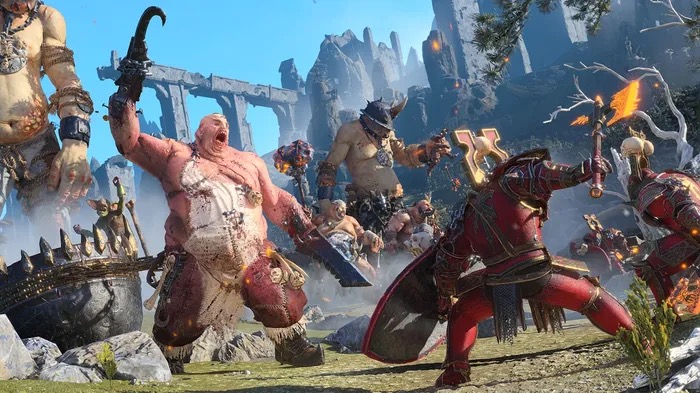 Like other titles in the Total War series, the game features turn-based strategy and real-time tactics in which players move armies around the map and manage settlements, engaging in diplomacy with, and fighting against, computer-controlled factions or other gamers online in multiplayer battles.

WARHAMMER III plunges players into a cataclysmic power struggle between mortals and daemons with each aiming to save or exploit the power of a dying god. Featuring seven diverse playable races – including the video-game debuts of Grand Cathay and Kislev – alongside ground-breaking new features such as the Realm of Chaos campaign, eight-player multiplayer, and the customizable RPG-like Daemon Prince Legendary Lord.In addition to the above lands, the game features a Prologue campaign, which promises a new Total War experience designed for both new players and those requiring a refresher course on the game’s mechanics. In this narrative-driven mode, players learn basic and advanced techniques of tactical warfare before going on to engage in the main Warhammer III campaign, which takes place within the Realm of Chaos, said to be the source of all magic in the Warhammer Fantasy setting.