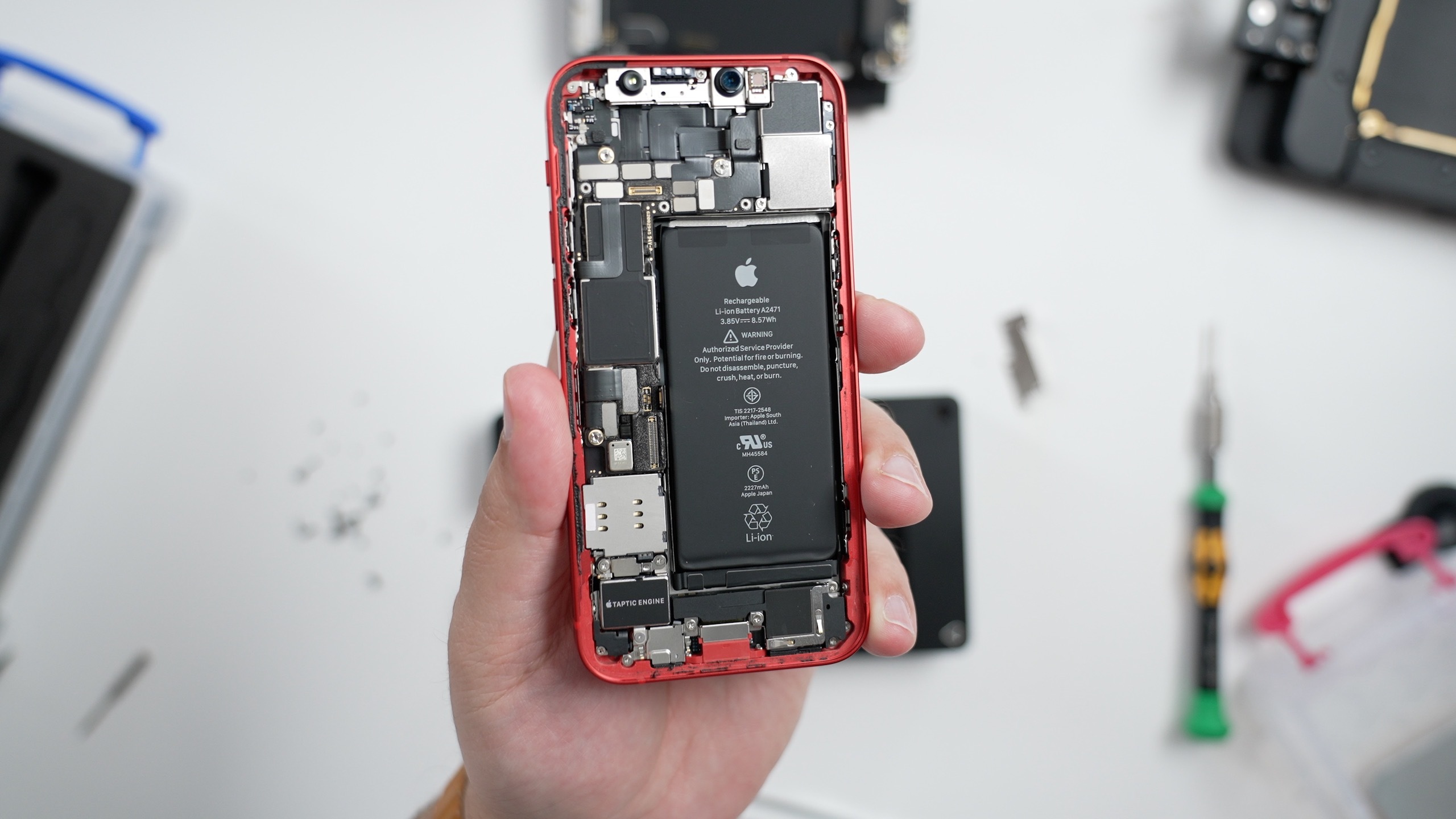 Apple last week announced the launch of a new Self Repair program, which is designed to allow iPhone 12, iPhone 13, and iPhone SE owners to repair their devices on their own using manuals, tools, and replacement parts sourced directly from Apple.

We were curious how the Self Service Repair program works and how it compares to the simplicity of bringing a product in to Apple for repair, so we had MacRumors videographer Dan Barbera order up a repair kit to replace the battery of his iPhone 12 mini.

Dan describes himself as the opposite of a handyman and he’s never done an iPhone repair before, so we thought he’d be the perfect representation of the average consumer who just wants to save some money by doing DIY repairs.

To start out with, we ordered a kit and components on the day that the program went live, and received it not too long after, so the turnaround time for what we needed was fairly quick. It’s worth noting that for most of the repairs, you need the parts and Apple’s repair kit. The repair kit comes in two separate packages, and the two boxes weigh in at a whopping 79 pounds. You get it for a week before you need to send it back via UPS, or else Apple charges you $1300.

It’s inconvenient to have to deal with one 40 pound repair kit and a second 30 pound repair kit, so that’s a negative right off the bat. It costs $49 to get the kit and $70.99 for the ‌iPhone 12 mini‌ battery bundle, though you get $24.15 back for sending in old parts.

That means it costs a total of $95.84 to do a battery swap on the ‌iPhone 12 mini‌, and comparatively, it’s $69 to have Apple swap it out, so it’s not really cost effective to do that repair on your own.

Note that you can order the parts alone without the tool kit, but Apple’s repair manual instructs users to use tools in the kit that they wouldn’t otherwise have on hand, such as an Apple-designed battery press.

You can purchase all of the tools individually so you have them on hand for repairs, but Apple’s components are expensive. A battery press is $115, a torque driver is $99, a heated display removal pocket is $116, and a display press is $216, and all of these are needed for battery removal according to Apple’s repair manual.

It is not cost effective for someone who wants to make a single repair to use anything but the rental kit, though some of the individual part purchases will make sense for repair outlets who want to get their hands on Apple-designed tools.

As for the actual repair process, Dan found it to be difficult, even with Apple’s instructions and tools. It was frustrating to get into, and there were components missing from the kit that were required by the manual, such as tweezers and heat protective gloves.

Dan needed to go to the store on two separate occasions to get more supplies, and because of this, the repair took the better part of the day. Dealing with adhesive was time consuming and almost put a stop to the self repair.

Overall, for the layperson, it’s probably better to take your phone to a professional for repair rather than attempting to fix it yourself. This is especially true of repairs for things like the battery and the display, which are generally cheaper to have Apple replace.

If you’re feeling brave, you can save some cash if you need a camera, Taptic Engine, or speaker repair, but make sure to study the manual and know what you’re getting into. It’s well worth watching Dan’s full video up above to get a complete picture of the repair process and what’s involved.
This article, “Testing Out Apple’s Self Repair Program With an iPhone 12 Mini Battery Fix” first appeared on MacRumors.com